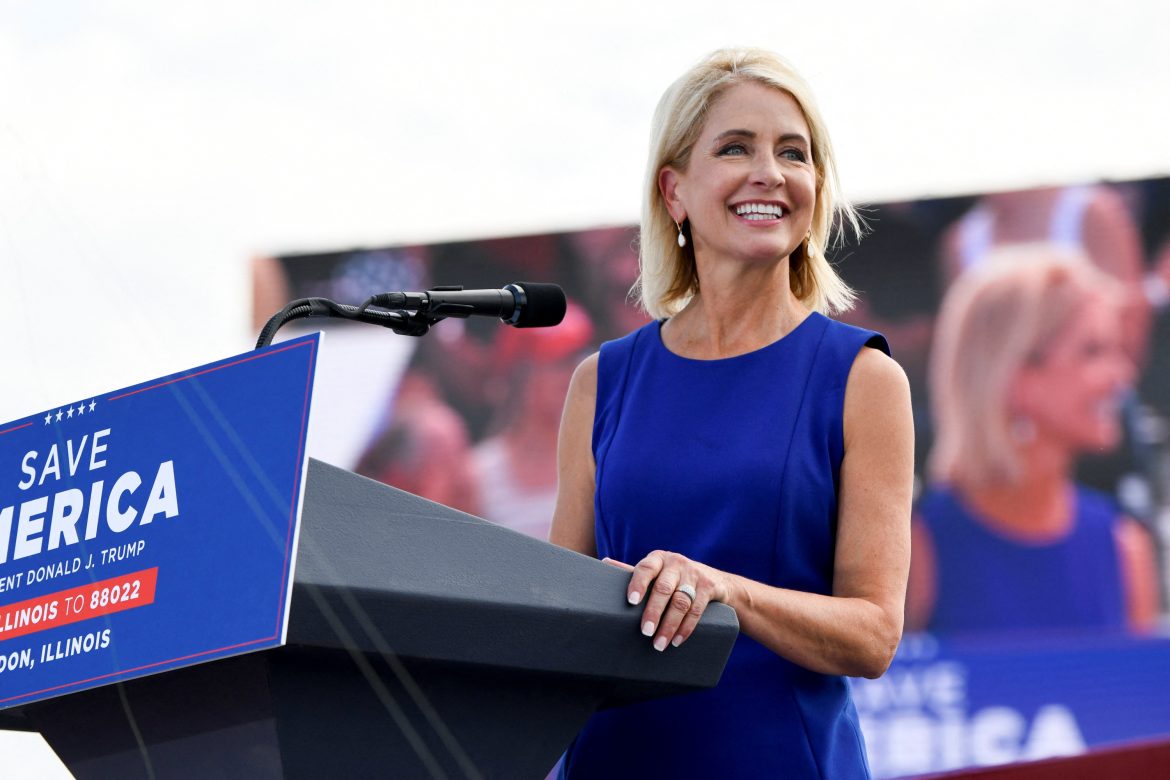 Republicans in Colorado rejected two candidates who have been outspoken in their support for former President Donald Trump’s claims of voter fraud in the 2020 presidential election.

Tina Peters, a Colorado election official currently under indictment on election interference charges, lost her nomination bid for Secretary of State to Pam Anderson, a former Denver clerk who has been critical of the former president’s actions on Jan. 6. Peters allegedly broke into her county’s election system and copied election machine software in an unsuccessful effort to prove Trump’s election fraud claims in 2020. She has pleaded not guilty to the charges.

“I will continue my fight for restoring the confidence of Colorado voters against lies and the politicians or interest groups that seek to weaponize elections administration for political advantage,” Anderson said in her victory speech. She will attempt to unseat Democratic incumbent Jena Griswold in the general election.

Colorado State Rep. Ron Hanks, a vocal supporter of Trump’s election fraud claims, also lost his bid for the party’s Senate nomination to Joe O’Dea, a businessman who has repeatedly acknowledged the legitimacy of the 2020 election results.

Elsewhere, Trump-endorsed Rep. Mary Miller won her Republican primary bid against moderate GOP Rep. Rodney Davis in Illinois in a rare race that pit two incumbents against one another as a result of recent redistricting.

Nebraska state Republican Sen. Mike Flood won a special election on Tuesday to replace former U.S. Rep. Jeff Fortenberry, a fellow Republican who was convicted on charges that he lied to federal agents about illegal campaign contributions. Earlier in the day, Fortenberry was sentenced to two years of probation.

Flood will complete what would have been Fortenberry’s ninth term and is heavily favored to defeat Democratic State Sen. Patty Pansing Brooks to win a new term in November as well.

U.S. Rep. Lee Zeldin (R-N.Y.) defeated Andrew Giuliani in New York’s Republican gubernatorial primary. Giuliani is the son of former New York mayor and Trump adviser Rudy Giuliani. Zeldin will go up against Gov. Kathy Hochul, who sailed to an easy victory in the Democratic primary and is strongly favored to win another term in the heavily Democratic state.

In a rare defeat of a congressional incumbent in a Mississippi GOP primary runoff, Sheriff Mike Ezell emerged the victor in a race against six-term U.S. Rep. Steven Palazzo. A 2021 report by the Office of Congressional Ethics found “substantial reason to believe” that Palazzo misspent campaign funds.

Utah Sen. Mike Lee defended his seat against challengers with 61% of the vote. Once a Trump skeptic, Lee heavily pursued the former president’s backing. In the course of the ongoing Jan. 6 committee investigations, texts between Lee and Trump’s former White House Chief of Staff Mike Meadows reportedly revealed discussions the two had concerning potential legal options to deny the 2020 election results. Lee will square off against independent Evan McMullin in November.

Rep. Burgess Owens came out on top in his district’s primary. Owens strongly supported Trump’s claims of election fraud but subsequently acknowledged that President Biden was the legitimate winner. Despite that, the frequently vindictive Trump-backed Owens over the weekend, saying in a statement, “I campaigned with Burgess to flip this seat in 2020, and I am proud to support him again.”

Rep. Chris Stewart also scored a victory with 72% of the vote. He voted to overturn the 2020 election results.