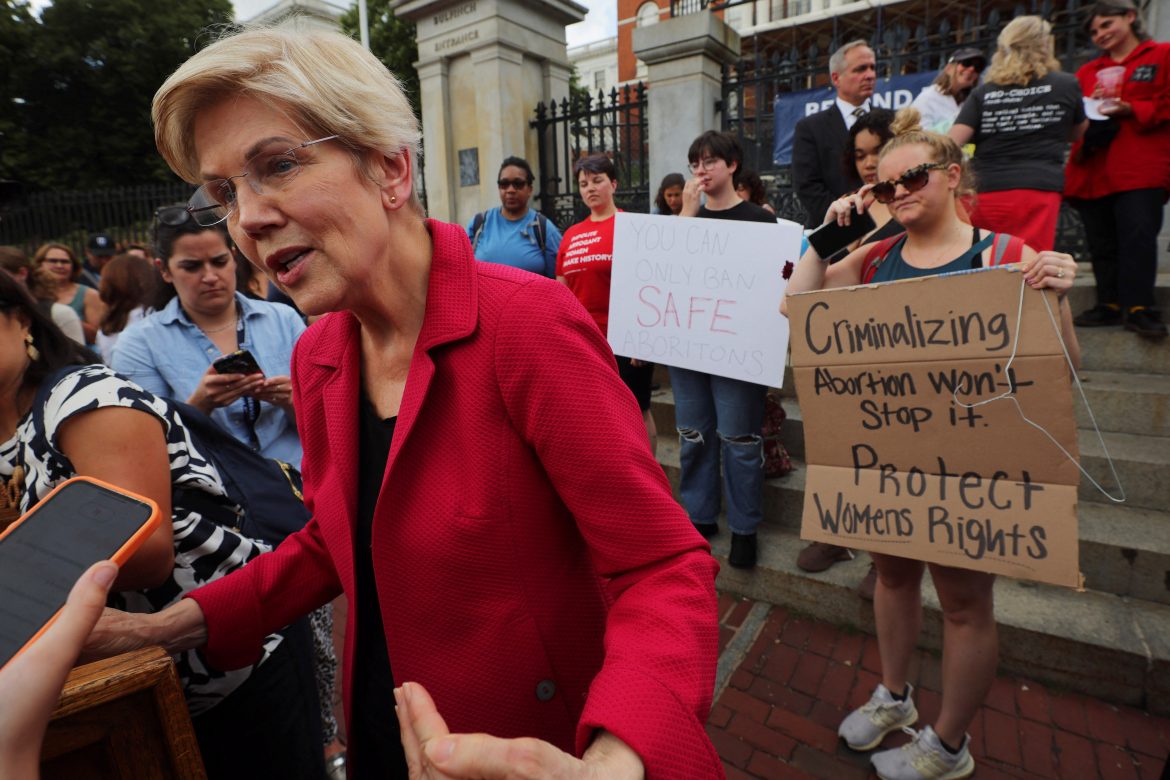 Senators Elizabeth Warren (D-Mass.) and Bob Menendez (D-N.J.) along with other Democratic leaders have pledged to “crack down” on pro-life organizations that offer support to women in crisis pregnancies. They have introduced legislation into the Senate that, if passed, could result in hefty fines that will hinder the mission of these crisis pregnancy centers (CPC).

Ever since the Supreme Court draft leak that heralded the overturning of Roe v. Wade, CPCs and pro-life organizations have been targeted by anarchist groups. With the slogan “if abortion isn’t safe then neither are you,” these groups have vandalized, shattered windows, and even firebombed close to 50 buildings. It’s caused Senator Chuck Grassley and 100 House Republicans to call on the DOJ for a report on what some have termed domestic terroristic attacks.

While these attacks have disrupted the practical assistance CPCs offer to support women who may not want to abort, now the organizations are under assault by lawmakers themselves. Warren and Menendez introduced a bill on Monday that would criminalize “disinformation” by authorizing the Federal Trade Commission (FTC) to prosecute them.

The Stop Antiabortion Disinformation Act (SAD) suggests a civil penalty be enacted for up to $100,000 or 50% of the parent entity’s total revenue from the past 12 months. This is “in addition” to any penalty the law prescribes.

Warren said the act was “more important than ever” now that Roe has been overturned:

With Roe gone, it’s more important than ever to crack down on so-called "crisis pregnancy centers" that mislead and deceive patients seeking abortion care. My bill with @SenatorMenendez would stop these harmful practices.https://t.co/kOoa9GWLyk

However, the recurring theme of abortion advocates is that crisis pregnancy centers are dangerous and deceptive without providing any statistics on how many allegedly engage in these manipulations. Instead, they often cite one anecdotal example, such as the Mother Jones piece about a woman being wrongly told abortion was illegal in Alabama by a CPC, to validate their claim and thereby smear the reputation of all CPCs.

Other abortion activists like Alliance State Advocates (ASA) claim in official reports that CPC’s use “language and imagery signifying they were providers of medical services,” but still offer no objective examples of this.

In contrast, Care Net, a national network of over 1,200 CPCs, bills its centers as “compassionate support” that may include pregnancy decision coaching, information about pregnancy options, material resources, and sometimes specific medical services. Warren’s bill claims there are “more than 2,500” CPCs in the U.S., which means that Care Net represents a significant chunk of these supposedly deceptive facilities.

ASA also claimed that two-thirds of facilities promote “patently false and/or biased medical claims” but did not further quantify that by revealing the number of investigated facilities that made outright false medical claims. This allows ASA to stoke fears by including those they claim present “biased” medical claims, which would include the majority of pro-life organizations whose CPCs reject abortion.

VeryWell Health is more transparent in its opposition to crisis pregnancy centers, saying, “Some of these facilities do provide truthful and unbiased support and information to women facing unintended pregnancies. But many of these clinics are coercive and overwhelm women with anti-abortion propaganda.”

They further encourage women to seek support from somebody who is “neutral,” which is seemingly code for pro-choice.

The SAD act also uses this sleight-of-hand trickery of slowly shifting to unsubstantiated and vague terms. In paragraphs 6 and 7, she accuses CPCs of using “deceptive tactics” and false advertisements without sharing any supporting statistics. Meanwhile, the subjective use of “stigmatizing information” also sets the stage to litigate any CPC that dares to challenge abortion as necessary reproductive health care.

The other danger that CPCs represent, according to the liberal viewpoint, is that they target impoverished and minority communities. However, the senators also alluded to the fact that this happens simply because CPCs follow where abortion facilities lead, which is oftentimes poor communities. The bill reads, “CPCs target under-resourced neighborhoods and communities of color…by locating their facilities near social services centers and comprehensive reproductive health care providers.”

If SAD passes, the real losers will be the women who won’t get financial and material support from abortion facilities if they choose to keep their babies. In 2019, the pro-life Charlotte Lozier Institute analysis found that CPCs provided roughly “$270 million in services, including 1,290,079 packs of diapers.”

Musk breaks silence on Twitter, posts a picture with the pope