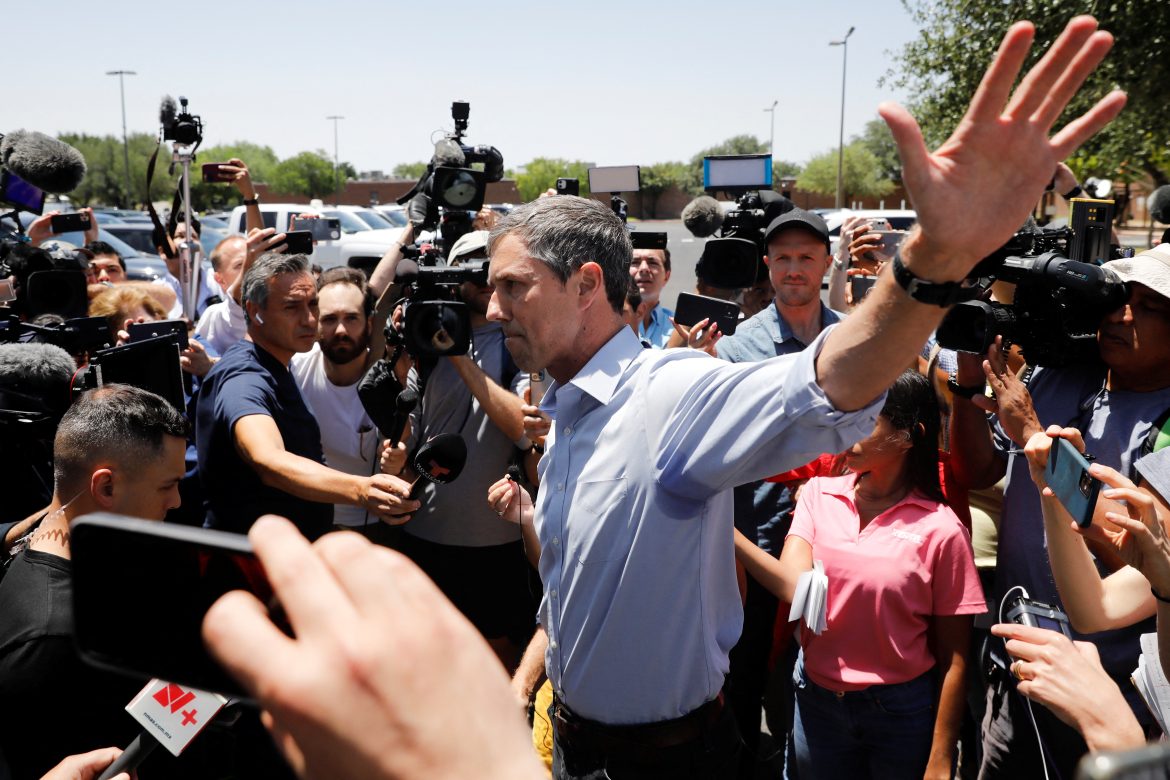 Twice-failed political candidate Beto O’Rourke’s recent politicization of a press conference that followed a mass shooting at a Texas elementary school might have solidified his place in the fast lane to becoming a thrice-failed candidate, or it could prove the move that saves his political career.

According to a report in Newsweek, oddsmakers in Great Britain and Ireland – where it is legal to bet on the outcome of elections – still have O’Rourke slated to lose to incumbent Greg Abbott in this fall’s Texas gubernatorial race.

“We haven’t seen any major changes in the last week, given opinions in Texas along party lines are pretty fixed at this stage,” a spokesperson for Paddy Power, an Irish bookmaking outfit, told Newsweek.

This revelation squares with what pollsters in the U.S. have found. In February, Abbott enjoyed a 10-point edge over O’Rourke in a Texas Politics Project poll.

While conservatives largely criticized O’Rourke for having interrupted an informational press conference, one in which officials offered updates on the Uvalde mass shooting, some pundits and political strategists have applauded O’Rourke’s aggressive approach.

“More Democrats should follow his example and push back against the gaslighting and lies that come from the right after innocent children are slaughtered with weapons of war,” Jennifer Holdsworth Karp, a Democratic strategist, said in an interview with Fox. “I’m not sure Beto cares if it will help him or hurt him politically because it was the right thing to do, but I will tell any candidate who will listen that they should follow his lead.”

That O’Rourke hopes to use outrage over the mass shooting as a springboard for his political fortunes is undeniable. He’s positioning himself as an anti-gun candidate.

According to Fox News, O’Rourke has modified his stance on gun control. Early in his campaign, he said his goal was to reduce the number of AR-15s available to the public. Now, he’s promising to restrict all citizens’ access to such firearms.

“And while it might not be the easy or politically safe thing to say, I don’t believe any civilian should own an AR-15 or AK-47,” O’Rourke’s campaign website reads.

As reported in more detail by PBS, O’Rourke also joined protestors who gathered outside of the NRA Convention in Houston.