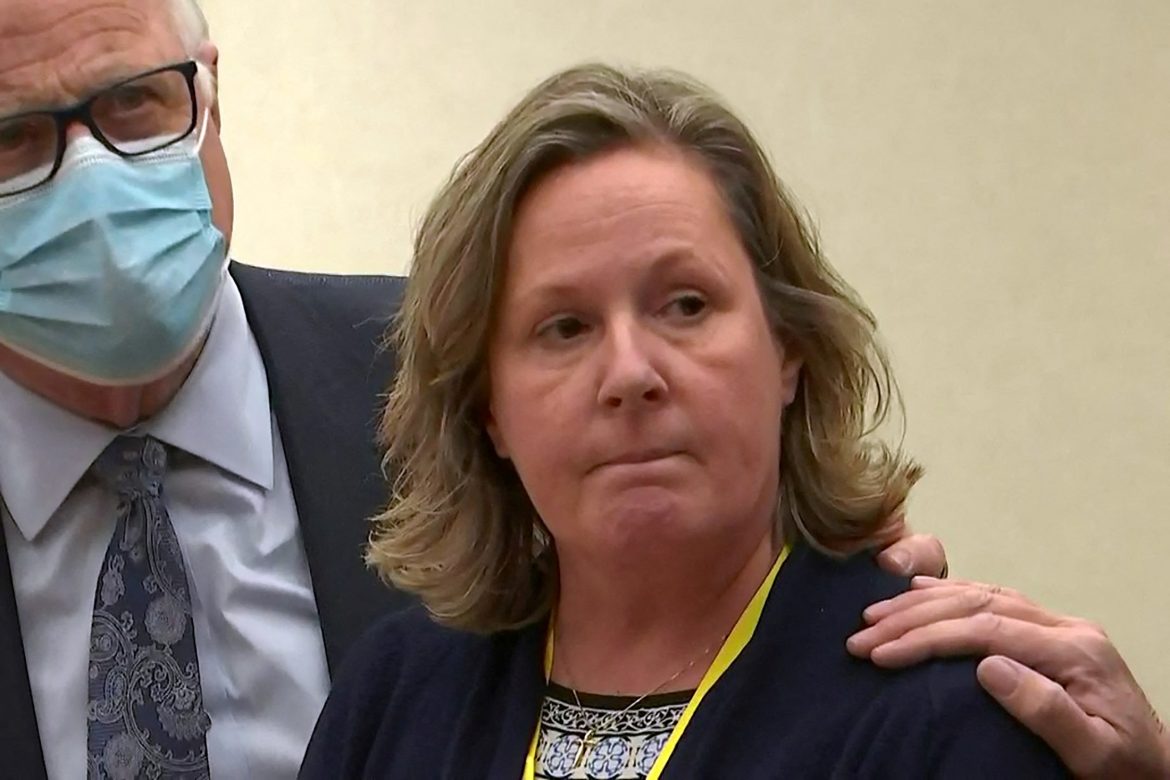 Was the death of a man criminal because a cop accidentally drew her service weapon instead of her taser, or was the use of deadly force justified by the situation? Should an officer’s training be a factor in determining this negligence? These were the questions a jury had to answer this week. The verdict is in: former officer Kimberly Potter has been found guilty.

The 49-year-old woman was convicted of manslaughter in both the first and second degree for the death of Daunte Wright on Thursday. The decision reached after 27 hours of deliberation by a twelve-person jury means they found Potter neglectful in the use of “such force and violence that death of or great bodily harm to any person was reasonably foreseeable.”

Because Minnesota’s law does not allow sentencing under multiple charges for the same act, Potter now faces a maximum of 15 years in prison. She will be sentenced on Feb. 18. Until then, she will be held in prison without bail.

Judge Regina Chu rejected the defense attorney’s request that Potter be allowed to spend Christmas with her family, saying, “I am going to require that she be taken into custody and held without bail. I cannot treat this case any differently than any other case.”

On April 11, Potter and a rookie cop made a routine traffic stop in the Minneapolis suburb of Brooklyn Center. This stop turned tense when Wright, a black man, resisted arrest. Potter shouted, “Taser, taser, taser.” However, she drew her firearm instead and then shot the 20-year-old in the chest.

The case was notable for the timing of the incident during Derek Chauvin’s trial that also occurred in Minnesota. Chauvin’s case, involving a white male officer involved in the horrific death of a black man, drew strong parallels to Potter. The racial tension intertwined into both cases prompted riots in Brooklyn Center for days after Wright’s death.

Potter’s defense attorneys argued that she was not negligent because Wright created a dangerous situation by resisting arrest, especially for the third officer who was at risk of being pulled down the street by Wright’s vehicle. Potter also expressed regret at the loss of life through her own hands.

Meanwhile, the prosecutors instead argued that Potter’s 26 years of experience and recent taser training should have been enough to prevent the accidental death.

Wright’s mother, Katie Bryant, described the moment that Chu read the charges to Reuters as, “Every single emotion that you could imagine, just running through your body at that moment.”

Bryant added, “Today, Minnesota has shown that police officers are not going to continue to pull their gun instead of their Taser.”

The case could have potentially far-reaching effects if it is not overturned in an appellate court and some, like Alan Dershowitz, are concerned it sets a “dangerous trend” in the U.S. Alan Dershowitz wrote in a Hill opinion piece that tragic deaths resulting from “honest mistakes are not crimes” in America.

He added, “It becomes a crime only if the action was reckless, involving a conscious decision to engage in conduct which the defendant knows poses a high risk of serious injury or death.”

Noting that a mistake could have gone both ways in Potter’s case, such as allowing Wright to potentially kill another officer or even a pedestrian by fleeing in his vehicle, Dershowitz warned, “Police officers will be disincentivized by this decision to take actions which may be necessary to protect innocent life.”