A recently unsealed indictment reveals the behind-the-scenes effort of an intricate global sting operation led by the Federal Bureau of Investigation. The sting known as Operation Trojan Shield involved the U.S. Drug Enforcement Administration, the U.S. Marshals, Europol, and at least 16 other nations.

The 2-year operation culminated in the arrest of over 800 criminals in the past two days. According to the FBI, the operation also resulted in the seizure of drugs and other illicit material including:

…more than 8 tons of cocaine; 22 tons of marijuana; 2 tons of methamphetamine/amphetamine; six tons of precursor chemicals; 250 firearms; and more than $48 million in various worldwide currencies. 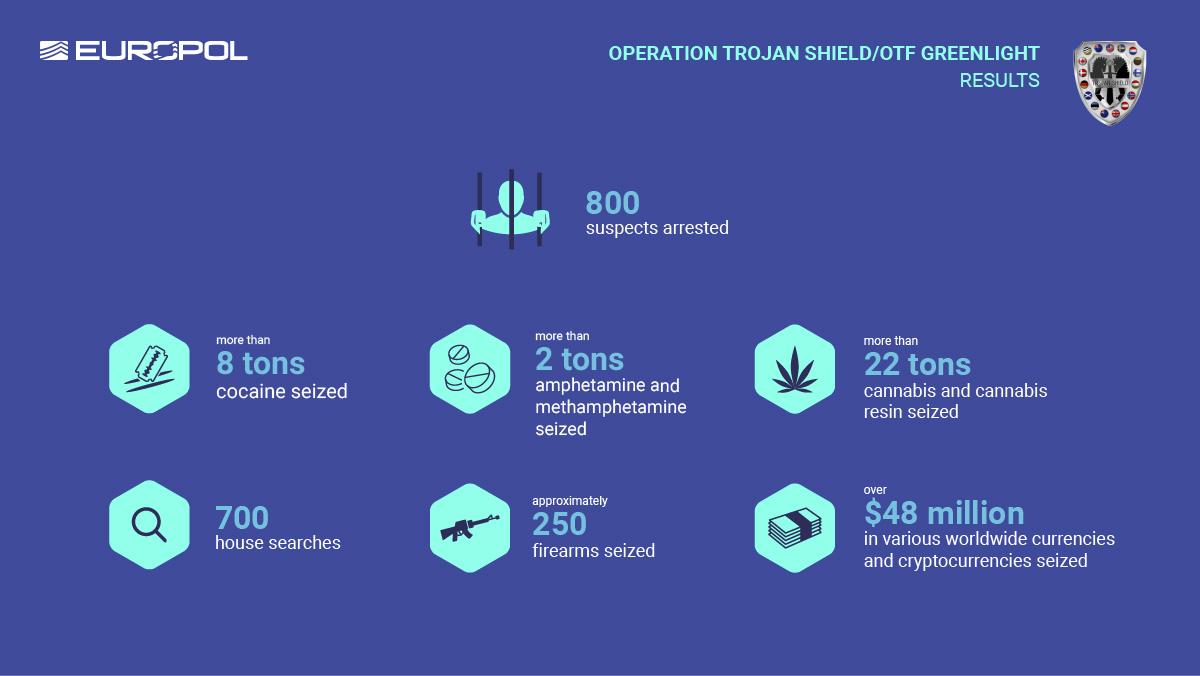 The sting involved capturing messages and photos sent between criminals using an FBI-monitored encryption device known as ANOM. The criminals who used this encryption believed it to be secure, not knowing it was being monitored, and distributed it internationally to other syndicates and organizations. The FBI reports that before arrests were made, over 12,000 of such units were active in over 300 different criminal organizations spread over 100 nations. 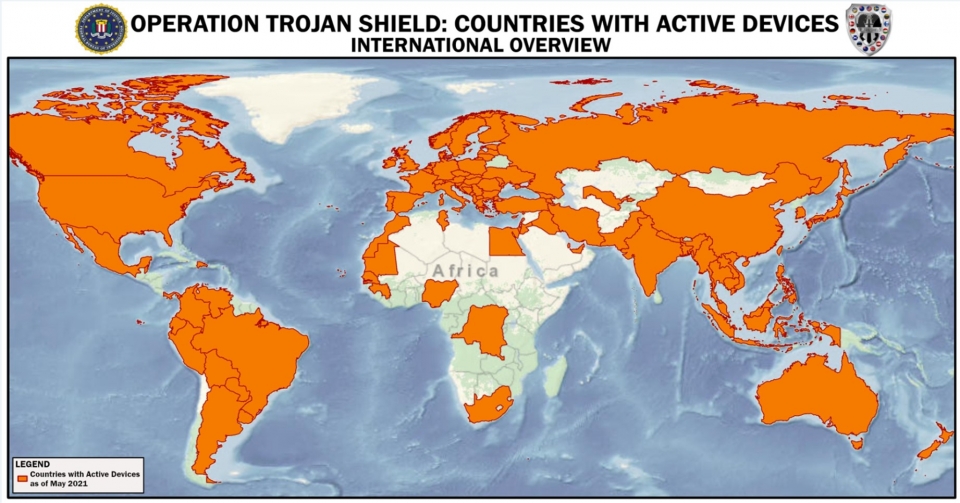 ANOM came about after another encryption company known as Phantom Secure was dismantled as part of another FBI indictment in 2018. Criminals using this system were in disarray and sought a new encryption device to hide their communications from authorities – that need partly drove them to ANOM.

Unbeknownst to the criminals, ANOM was developed by the FBI in close partnership with the Australian Federal Police, for the purpose of targeting “global organised crime, drug trafficking, and money laundering organisations” according to Europol. Reuters reports that a former drug trafficker also worked with the agencies on developing ANOM after Phantom Secure was taken down, but only after being paid over $120,000 and possibly receiving a shortened prison sentence.

The March 2021 dismantling of communications service Sky Global along with the 2020 dismantling of the EncroChat platform increased demand for the ANOM system among the criminal underworld.

The U.S. Justice Department reports that ANOM copied every message sent by someone using the service to a “third-party country,” where it was collected and viewed by the FBI.

Communications such as text messages, photos, audio messages, and other digital information were reviewed by the FBI for criminal activity and disseminated to partner law enforcement agencies in other countries. Each user was using ANOM for a criminal purpose.

800 Criminals Arrested in Biggest Ever Law Enforcement Operation Against Encrypted Communication: The #FBI and @AusFedPolice launched an encrypted communication platform and sold thousands of encrypted devices to criminal groups throughout the world. https://t.co/3VUURbNJg9 pic.twitter.com/hAzkv1pglO

The FBI indictment highlighted 17 international criminals who are allegedly accused of distributing ANOM for the purpose of circumventing the Racketeer Influenced and Corrupt Organizations Act (RICO). The latest reports show that eight of those charged have been arrested, and the search for the remaining nine criminals is ongoing.

Trouble In The Left: Allegations Of Racist Language Surface Against Hunter Biden