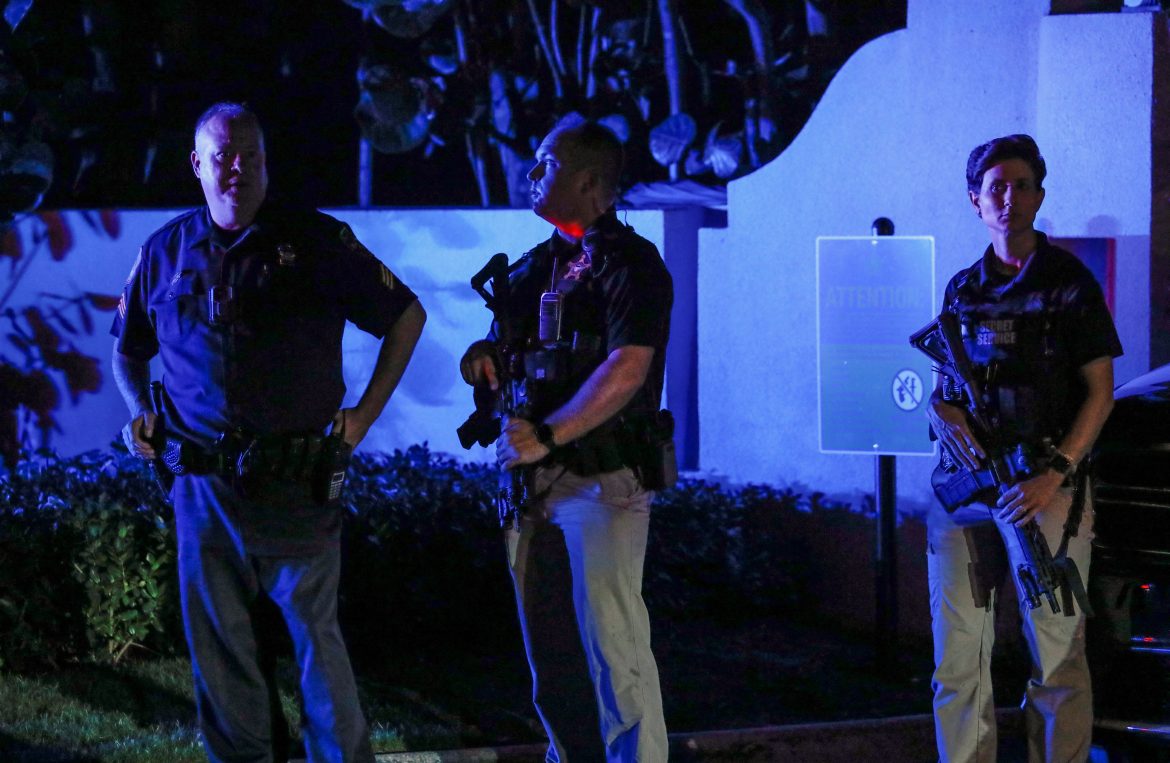 On Monday evening, FBI agents searched the Florida home of former President Donald Trump for classified and unclassified documents from Trump’s time in the White House. It is unclear if the agents’ search yielded anything of value, but it certainly earned the Justice Department no small amount of scorn from the right.

“These are dark times for our Nation, as my beautiful home, Mar-A-Lago in Palm Beach, Florida, is currently under siege, raided, and occupied by a large group of FBI agents,” Trump said in a statement shared on Twitter by his Save America PAC.

The Justice Department is, at the urging of the Jan. 6 committee, already investigating Trump for his alleged behavior after the 2020 presidential election. Now, the department is investigating if Trump mishandled official documents.

Eric Trump, the former president’s son, told Fox News the raid came at the urging of the National Archives.

“The purpose of the raid, from what they said, was because the National Archives wanted to, you know, corroborate whether or not Donald Trump had any documents in his possession,” Eric said. The National Archives had recently lodged a complaint with the FBI over possible mishandling of official documents according to officials.

According to CNN, Trump attorney Christina Bobb confirmed that the FBI conducted an unannounced raid and seized some documents, but it is not clear what those documents contained or if they were in any way indicative of misbehavior.

Former President Trump, through his statement, lashed out at what was a first-of-its-kind occurrence. Never before has the FBI raided the home of a former president.

“Nothing like this has ever happened to a President of the United States before,” Trump said. “After working and cooperating with the relevant Government agencies, this unannounced raid on my home was not necessary or appropriate. It is prosecutorial misconduct, the weaponization of the Justice System, and an attack by Radical Left Democrats who desperately don’t want me to run for President in 2024, especially based on recent polls, and who will likewise do anything to stop Republicans and Conservatives in the upcoming Midterm Elections.

“Such an assault could only take place in broken, Third-World Countries. Sadly, America has now become one of those Countries, corrupt at a level not seen before.”

Trump later added, “What is the difference between this and Watergate, where operatives broke into the Democrat National Committee? Here, in reverse, Democrats broke into the home of the 45th President of the United States.”

The reaction from other Republicans was, in a word, intense.

If conservatives met the Jan. 6 committee’s public hearings with dismissiveness and derision, they responded to Monday’s raid with righteous indignation and promises of turnabout.

“I’ve seen enough,” House Minority Leader Kevin McCarthy (R-Calif.) tweeted. “The Department of Justice has reached an intolerable state of weaponized politicization. When Republicans take back the House, we will conduct immediate oversight of this department, follow the facts, and leave no stone unturned. Attorney General Garland, preserve your documents and clear your calendar.”

Congresswoman Lauren Boebert (R-Colo.) issued a video response on Twitter in which she, too, lashed out at the Justice Department.

“This #DepartmentOfInjustice must be held accountable,” Boebert tweeted. “It was President Trump today, but it’s you next if we don’t take a stand.”

This #DepartmentOfInjustice must be held accountable.

It was President Trump today, but it’s you next if we don’t take a stand. pic.twitter.com/z9wqynaikg

Florida Gov. Ron DeSantis, a person numerous media outlets claim is a rival of Trump, accused the Biden administration, and Democrats more broadly, of using the Justice Department as a weapon against the left’s political opponents.

“The raid of MAL is another escalation in the weaponization of federal agencies against the Regime’s political opponents, while people like Hunter Biden get treated with kid gloves,” DeSantis tweeted. “Now the Regime is getting another 87k IRS agents to wield against its adversaries? Banana Republic.”

As of this writing, neither the FBI nor Justice Department has offered any clarification or indication as to the nature of the raid.

Per CNN, neither President Biden nor the White House were made aware of the raid until after it had occurred.