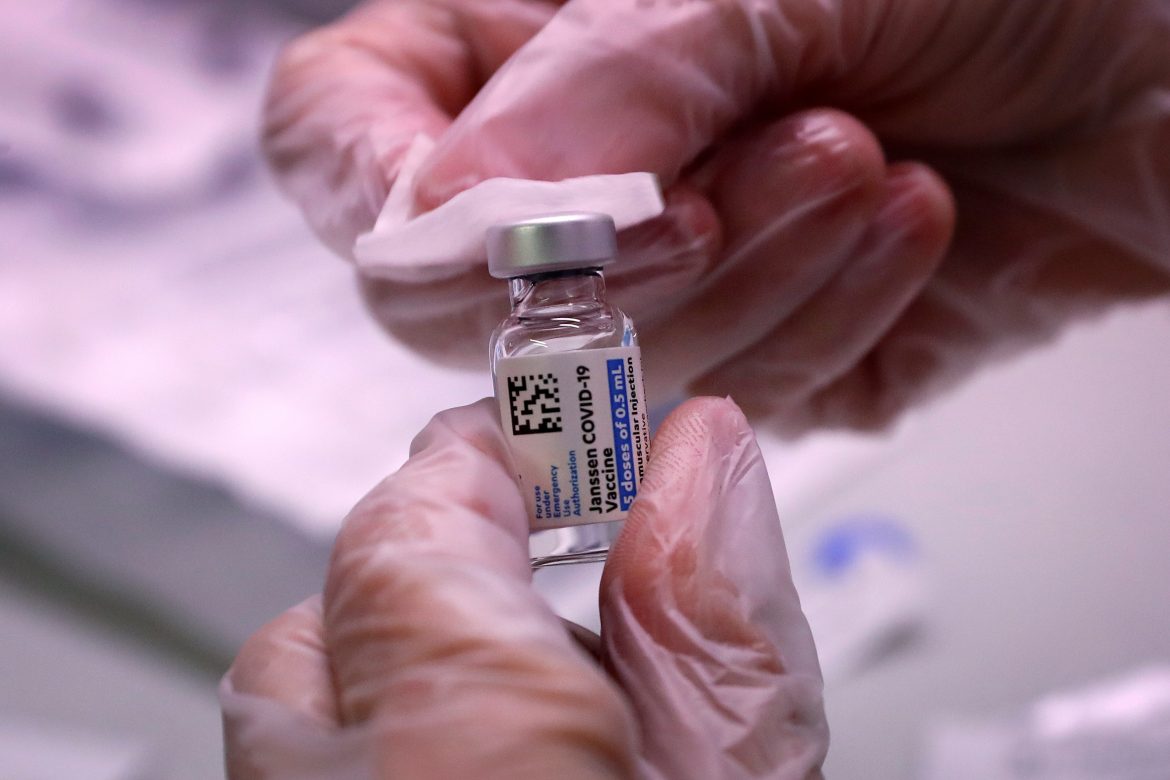 The FDA’s Vaccines and Related Biological Products met on Friday to discuss approval for a J&J booster dose. While the company touts the efficacy of its one-shot dose, other studies cast doubt over the vaccine’s long-term ability to protect against serious COVID illness.

“There are some real challenges here. All of the data does not fully align with this being a vaccine that retains excellent activity over time, against all forms of disease or even against severe forms of disease,” said Dr. Peter Marks, head of the FDA’s Center for Biologics Evaluation and Research.

“If the vaccine isn’t adequate, it should be boosted and everybody should get it,” said Dr. Eric Rubin, an infectious disease expert and adjunct professor at the Harvard Chan School of Public Health.

While J&J originally asked for a booster to be approved for use after a 6-month interval, the FDA panel ultimately gave approval for a J&J booster to be administered after two months. This approval includes all J&J recipients over 18.

In J&J’s official press release announcing the FDA approval, they cited their studies about the effectiveness of a booster. At two months, their research found that antibodies rose four to six times higher after an administered booster dose. Meanwhile, a booster at six months showed a nine-fold increase in antibody levels that continued to rise over the course of a month.

J&J officials presented their vaccine to the panel as being more durable than the mRNA-based competitors. The panel scientists, however, disagreed with the study design and methodology used.

Other real-world data, like the study released on Thursday, suggests that the effectiveness of all three vaccinations had a steep decline in the ability to protect from serious COVID infections without the presence of a booster shot. The study used 600,000 veterans as a sample group and tested the effectiveness of the vaccines in August.

They found that Pfizer’s ability to protect from serious illness fell from 91% to 50% by August, while fellow mRNA-based Moderna dropped from 92% to 64%. J&J showed the steepest decline with the study reporting a 3% effectiveness among study participants by August.

“There is a public health imperative. What we’re seeing is this is a group with overall lower efficacy than we have seen with the mRNA vaccine, and so there is some urgency to do something,” said Dr. Arnold Monto, an epidemiologist professor at the University of Michigan’s School of Public Health.

The FDA’s advisory panel approved a J&J booster, which effectively makes it a two-shot vaccine. There is some discussion as to whether the FDA might approve the other vaccine variations for use as a booster for J&J recipients.

Unlike Pfizer, which previously had a booster dose approved, or Moderna, the J&J vaccine data is not associated with potential heart inflammation. The advisory council approved Moderna’s booster dose on Friday for individuals who are over 65, considered high risk due to underlying medical conditions, or who have increased occupational exposure to the virus.

The Moderna vote was unanimous. Moderna’s booster will be a half-dose of the original vaccine, which makes it unique compared to its competitors.

Dr. Patrick Moore from the University of Pittsburgh School of Medicine said, “The data itself is not strong, but it is certainly going in the direction that is supportable of this vote.”

Moore also added that he voted yes to Moderna boosters largely on a “gut feeling rather than truly serious data.”

Before Moderna and J&J boosters become available to eligible members of the public, the Center for Disease Control’s own panels will make a ruling on who should receive boosters. These decisions are expected next week.

As Nordic countries restrict the use of Moderna’s COVID-19 vaccine, should U.S. reevaluate risk of myocarditis?