FDA commissioner predicts formula woes will soon fade, but one producer expects some shortages to persist 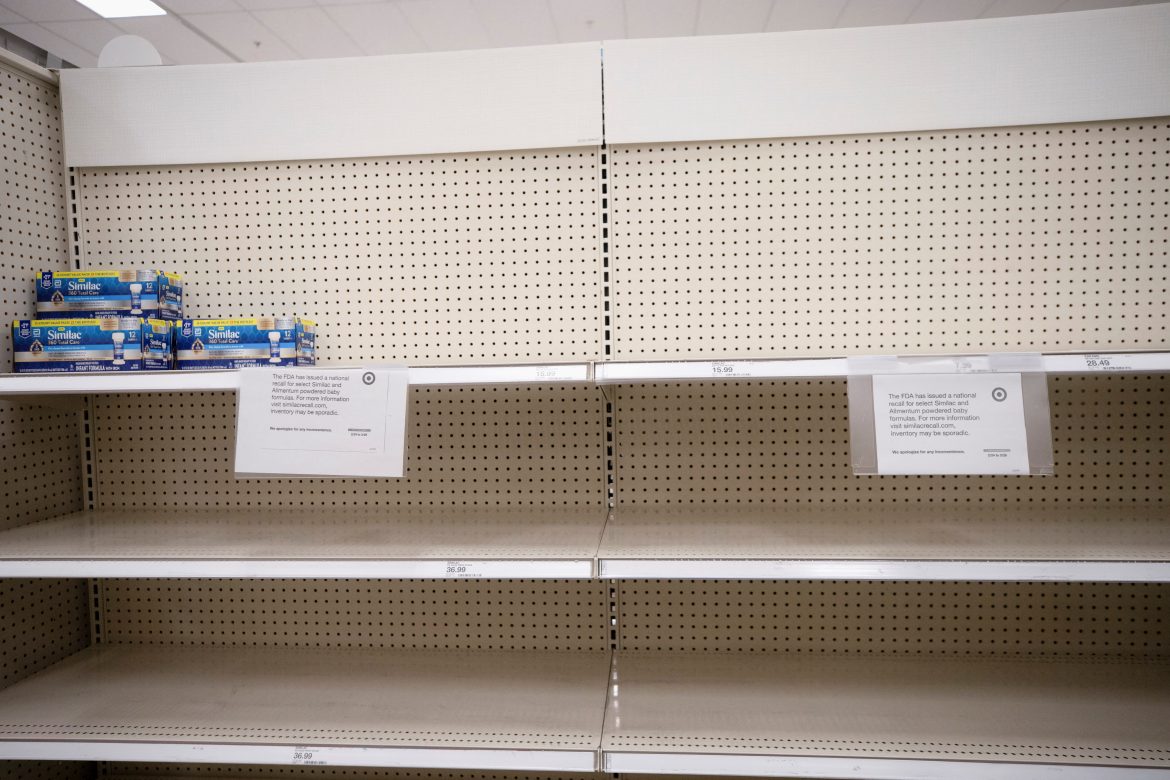 FDA Commissioner Dr. Robert Califf said he expects the worst of the nation’s baby formula issues to abate within a few weeks, but the maker of both Walmart and Amazon’s store-brand formulas predicted a yearlong crunch.

While both statements can be true concurrently, the timing proved an odd coincidence as, within hours of each other Friday, Califf and formula producer Perrigo offered starkly different prognostications.

On Twitter, Califf posted a thread in which he highlighted the Food and Drug Administration’s plan to streamline the importation of formula and boost domestic production in order to ease domestic shortages, which have been reported on in more detail by FISM in a previous article.

This will include a streamlined process that will allow us to meet this urgent need. FDA will work with these manufacturers and suppliers to ensure the products still meet certain safety, quality and labeling standards.

We believe these and other ongoing efforts will help dramatically improve the supply in the U.S. in a matter of weeks. Our data indicates that in stock rates in retail stores are stabilizing but we continue to work around the clock to further increase availability.

“The FDA is also continuing to work with [manufacturers] that currently produce infant formula for the U.S. market, like Mead Johnson/Reckitt, Nestle/Gerber, Nutricia/Danone and Perrigo, to increase production, including specialty metabolic products.

“We believe these and other ongoing efforts will help dramatically improve the supply in the U.S. in a matter of weeks. Our data indicates that in-stock rates in retail stores are stabilizing, but we continue to work around the clock to further increase availability.”

Also Friday, in an interview with Reuters, Perrigo CEO Murray Kessler predicted his company would combat shortages for the “balance of the year.”

“We have stepped up and are killing ourselves to do everything we can,” Kessler said.

This has included Perrigo running its plants in both Ohio and Vermont at 115% capacity. But, at the request of the FDA, the company is now producing just four types of formula: generic versions of Similac Pro Sensitive, Similac Pro Advance, Enfamil Gentle Ease, and Enfamil Infant.

It is important to note that Califf spoke of nationwide supply issues while Kessler’s remarks were focused solely on his own company’s production of its normal line. In short, while a nationwide effort can offset formula shortages, it will likely take some time before the normal variety and bounty of formula returns to the nation’s shelves.

Abbott, the maker of Similac and the company that has faced a plant-closure following a voluntary recall and FDA inspection, announced that it was taking additional steps to lessen the strain on parents.

“We know that the recall has worsened the industry-wide infant formula shortage, and we have been working to get as much product into the hands of parents as we can,” a statement from the company reads.

Among the steps Abbott announced was flying formula into the U.S. from an Abbott plant in Ireland to stave off shortages for customers who obtain formula via WIC, prioritizing the creation of ready-to-feed liquid Similac at an Ohio plant that is operational, and working to address FDA concerns at its closed Michigan plant.

“We are confident that we can continue to produce safe, high-quality infant formula at all of our facilities as we have been doing for millions of babies around the world for decades,” the Abbott statement reads.

Abbott is also offering a rebate program aimed at offsetting the cost of WIC participants forced to purchase non-Abbott products in states in which that company is the official WIC provider of formula.

The company said recently that it could restart operations in its Michigan plant within two weeks of FDA approval.