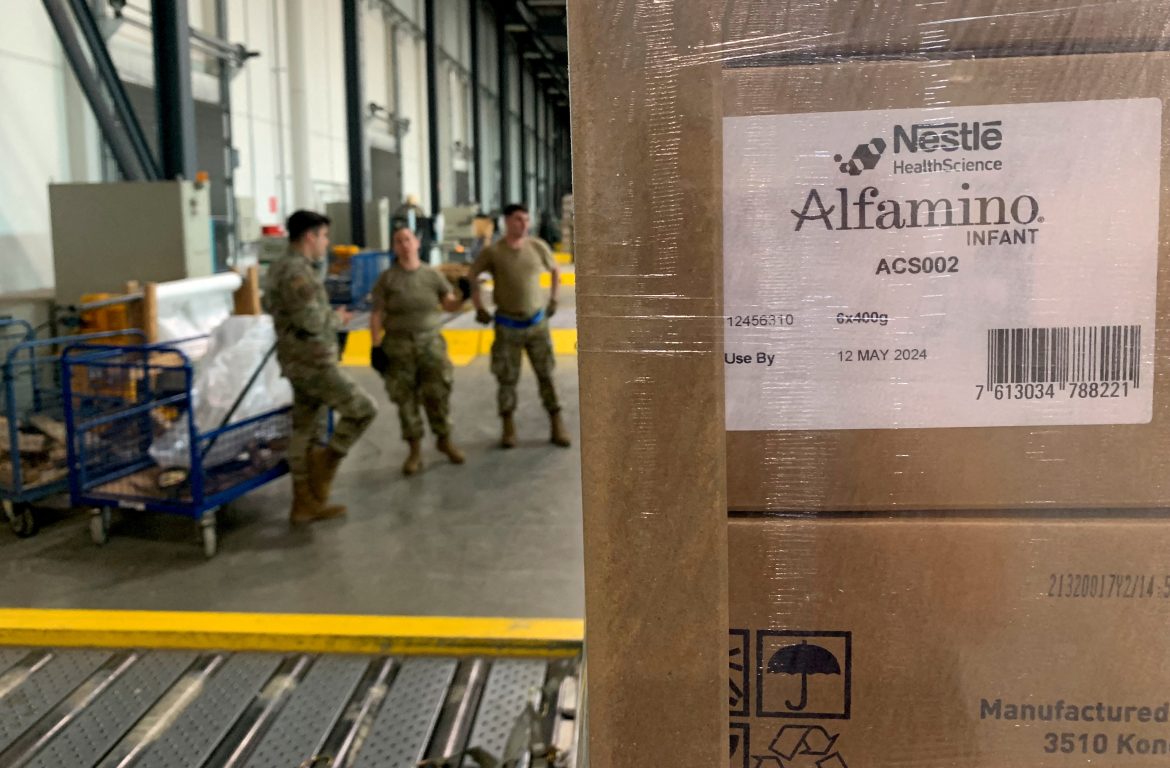 A military cargo plane carrying the first shipment of infant formula from Europe to help address a critical shortage in the United States landed in Indianapolis on Sunday, but a top government official noted that much more needs to be done.

A Feb. 17 recall by top baby formula maker Abbott Laboratories and the closing of its manufacturing plant in Sturgis, Michigan has created one of the biggest infant formula shortages in recent history for U.S. families.

“This is an important step, but it is by no means the only step that must take place. We will continue to work as the president has instructed us to look for every opportunity to increase supply,” said Agriculture Secretary Tom Vilsack, who greeted the plane on its arrival.

Nestle said more shipments would arrive in the coming days.

Troops used forklifts to unload boxes of the cargo from the plane, which the White House said carried 78,000 pounds (35,000 kg) of specialty infant formula – enough for 500,000 bottles – and onto trucks heading to distribution centers.

Chief Executive Robert Ford apologized for the shortage on Sunday and promised to fix it, adding that the plant would reopen in the first week of June, and it would take six-to-eight weeks for products to reach store shelves.

“We’re sorry to every family we’ve let down since our voluntary recall exacerbated our nation’s baby formula shortage,” he wrote in a column published in the Washington Post.

Ford said the U.S. Food and Drug Administration investigation did not find links between the formula production area of Michigan facility and four cases of sick children, but that it did find evidence of bacteria present.