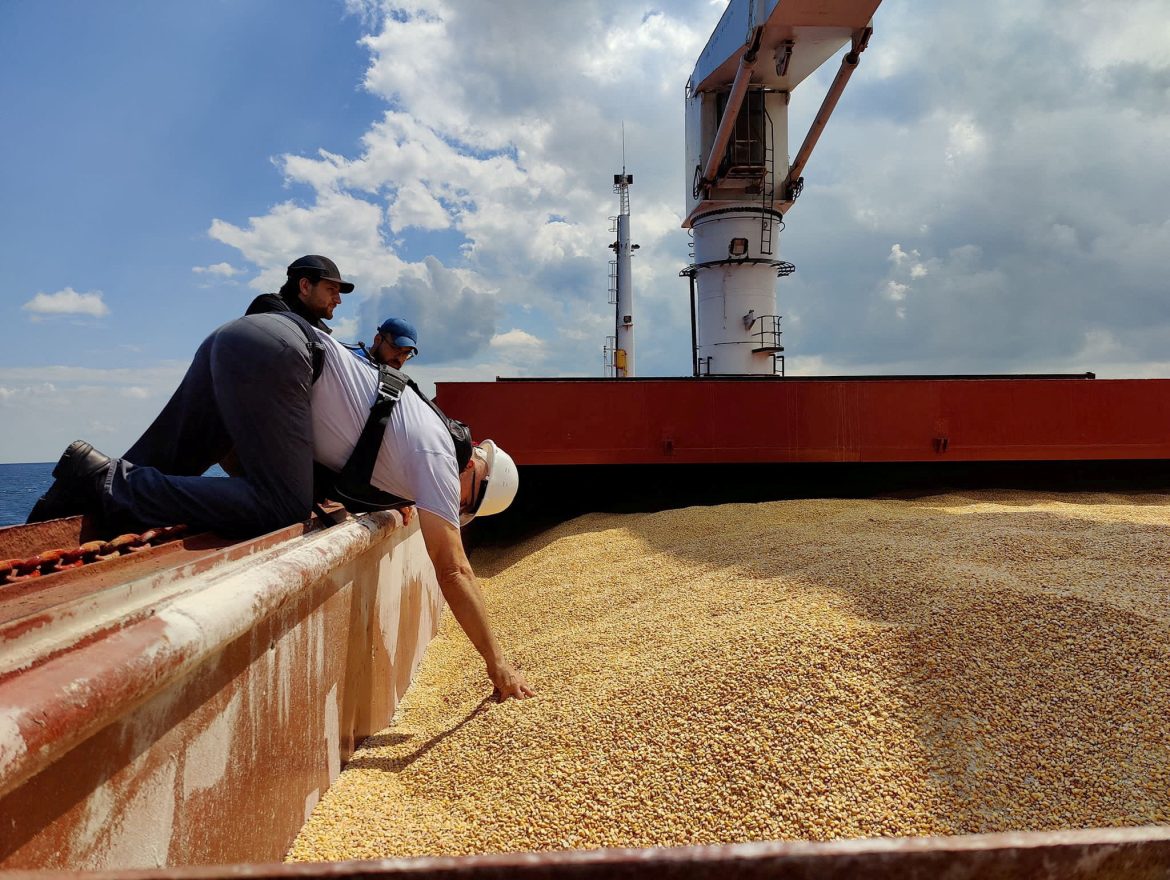 The first shipment of over 26,000 tons of Ukrainian food under a Black Sea export deal was cleared to proceed towards its final destination in Lebanon after inspection on Wednesday, according to the United Nations.

Inspectors from the U.N., Russia, Ukraine, and Turkey on Wednesday boarded the first cargo ship to leave Ukraine since Russia’s Feb. 24 invasion, the Associated Press reported. Laden with 26,527 tons of corn, the vessel finally anchored off Istanbul following a day’s delay caused by inclement weather.

The three-hour inspection was part of an agreement signed by Ukraine and Russia last month to allow for the safe export of millions of tons of grain from Ukraine to help ease a burgeoning global food crisis. Russian blockades have held up agricultural exports for months.

Roughly 20 inspectors, escorted by the Turkish coast guard, boarded the cargo ship to inspect it for weapons or any commodities that fall outside the strict parameters of the agreement.

Additional shipments of grain and fertilizer are expected to take place in the coming days, raising hope that mass starvation can be averted in the hardest-hit countries. A spokesperson for the U.N. said roughly 27 vessels loaded with cargo are waiting in Ukrainian ports with contracts signed and are ready to go.

The director general of the International Atomic Energy Agency, Rafael Grossi, issued an urgent plea to Russia and Ukraine to allow experts to visit a nuclear power plant in the southeastern Ukrainian city of Enerhodar, in the Zaporizhzhia province, to avoid a nuclear disaster, Reuters reported.

The city was seized by Russia in March.

“Every principle of nuclear safety has been violated” at the plant, Grossi said. “What is at stake is extremely serious and extremely grave and dangerous.”

Meanwhile, Ukrainian President Volodymyr Zelenskyy issued a directive that all remaining citizens in the embattled region of Donetsk in the east evacuate as quickly as possible.

Iryna Vereshchuk, Ukraine’s deputy prime minister, said on Tuesday that a train carrying evacuees from Donetsk arrived safely in central Ukraine, according to the Associated Press. Kyiv hopes to evacuate more than 200,000 Ukrainians from the region by autumn.

Elsewhere in Ukraine, Russian forces continued shelling the southern city of Mykolaiv. Regional governor Vitaliy Kim reported that the bombardment on the Black Sea port city damaged residential buildings, a supermarket, a pharmacy, and an industrial complex. It is not yet clear whether there were any casualties.

Should the Russians succeed in overtaking Mykolaiv and Odesa, they will gain control over the entire Black Sea coast.