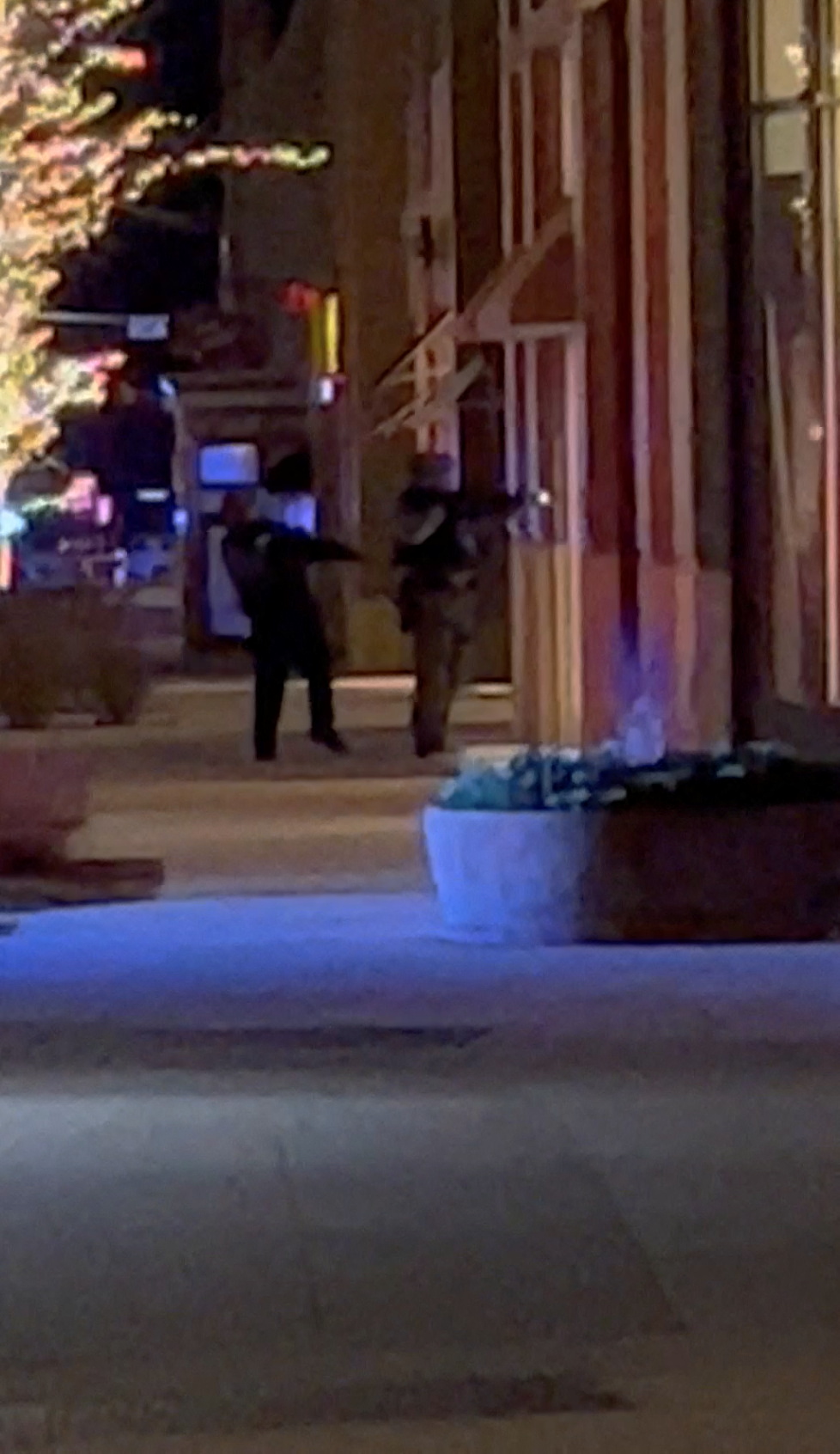 A Colorado gunman has been blamed for killing four individuals and injuring at least three others Monday in a shooting spree that occurred in multiple locations across the Denver metro area, officials confirmed. Among the injured is a Lakewood police officer who required surgery Monday night. No additional information on the officer’s condition has been released at this time. The male suspect shot and killed another victim in Lakewood and was subsequently engaged by Lakewood police officers. According to officials, the gunman was fatally shot, though it is not yet clear by whom.

“This one individual was responsible for this very violent crime spree that took place this evening,” said Denver Police Chief Paul Pazen at a press conference late Monday. The department, according to Pazen, does not believe there is a threat to the community.

According to police, the killing spree began at approximately 5 p.m. Monday when the gunman fatally shot two women and injured a man in Denver. He then shot and killed a male victim at another location in the city. Denver police were able to locate what they believed to be the suspect’s vehicle and attempted to pull him over. At some point, he and the officers began exchanging fire during which time the police vehicle became disabled.

The suspect fled the scene and drove to Lakewood. Police there were notified of a shooting inside a business in the 1500 block of Kipling Street. The victim there died. According to Lakewood Police Public Information Officer John Romero, officers spotted the suspect’s vehicle near a busy Belmar shopping district and attempted to make a stop when the suspect opened fire on the officers who shot back. The suspect then fled on foot and entered two businesses, including a Hyatt hotel near the intersection of South Vance Street and West Alaska Drive where he shot a clerk. Information concerning the extent of that individual’s injuries was not available as of Monday night.

Shortly thereafter, the gunman encountered a Lakewood officer whom he shot and struck. Surgery on the officer was underway at the time of the press conference.

“We just ask everyone in our community for their thoughts and prayers for that agent and their family,” Romero said.

Witnesses in Belmar told a Colorado Fox News affiliate that they saw the suspect’s confrontation with a female officer.

“We seen (sic) the guy: he was a tall man, blond hair, with a trench coat. She yelled at him to ‘put his gun down!’ She yelled, ‘put your gun down’ and he turned around and, like, pulled up the gun and shot her right in front of us, multiple times,” said one witness.

Anne Wilson was shopping inside a cellular phone store in Lakewood Monday when she heard “seven or eight gunshots, and then like another set of maybe five more,” according to reporting by Reuters. Wilson said store employees ushered her and other customers into a back room protected by security gates for safety until the gunfire ceased.

“It is scary, scary times we live in,” she said.

Romero confirmed that the suspect was eventually fatally shot but did not know at the time if he was killed by police.

“Still unsure exactly if it was by Lakewood police or not but he was then pronounced dead at the scene,” he said, adding “At this point, we do not believe there is any additional safety concern to the community.”

Lakewood and Denver police maintained a heavy presence in the Belmar area throughout the remainder of the night.

A motive for the violence has not yet been determined.