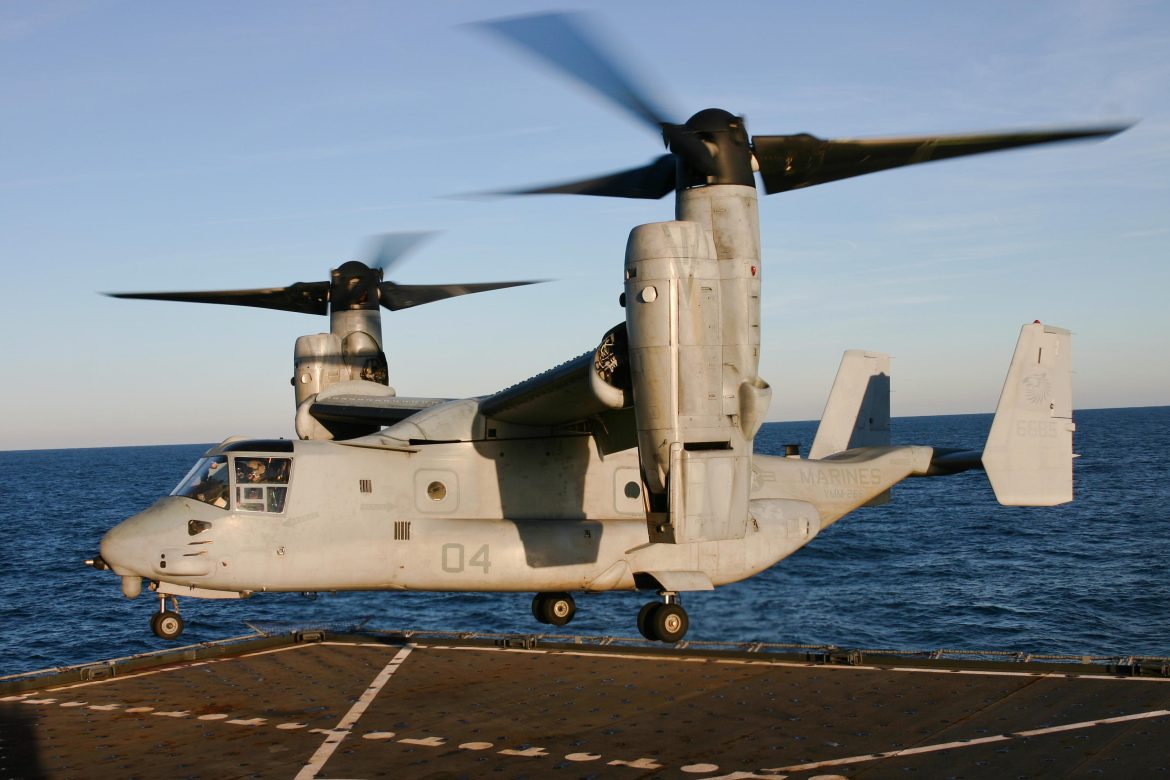 Five U.S. Marines were killed when their Osprey tilt-rotor aircraft crashed in Southern California during a training mission, the military branch said on Thursday.

The five Marines were on an MV-22B Osprey when it went down near Glamis, California, just north of the Mexican border around 12:30 p.m. PDT on Wednesday, the Marine Corps said in a statement.

“We mourn the loss of our Marines in this tragic mishap,” Maj. Gen. Bradford Gering said. “Our hearts go out to their families and friends as they cope with this tragedy.”

The names and ages of the Marines were not released as next of kin notifications were still underway on Thursday afternoon.

“Recovery efforts have begun and an investigation is underway,” the Marines said in a statement on Wednesday night.   “We ask for the public’s patience as we work diligently with first responders and the unit to identify what occurred.”

The Osprey, which can take off and land like a helicopter and fly like a conventional winged aircraft, was stationed at Marine Corps Air Station at Camp Pendleton about 140 miles west of Glamis. This is the second fatal crash of an Osprey this year. According to Military News, another Osprey crashed in Norway during a military exercise in March resulting in the death of four Marines. Reports suggested that the crash in that incident was influenced by poor weather.

Contrary to posts on social media and early radio calls from the scene by emergency responders, there were no nuclear materials onboard, said Corporal Sarah Marshall, a spokesperson for the 3rd Marine Aircraft Wing, which operates the aircraft, according to the Los Angeles Times.