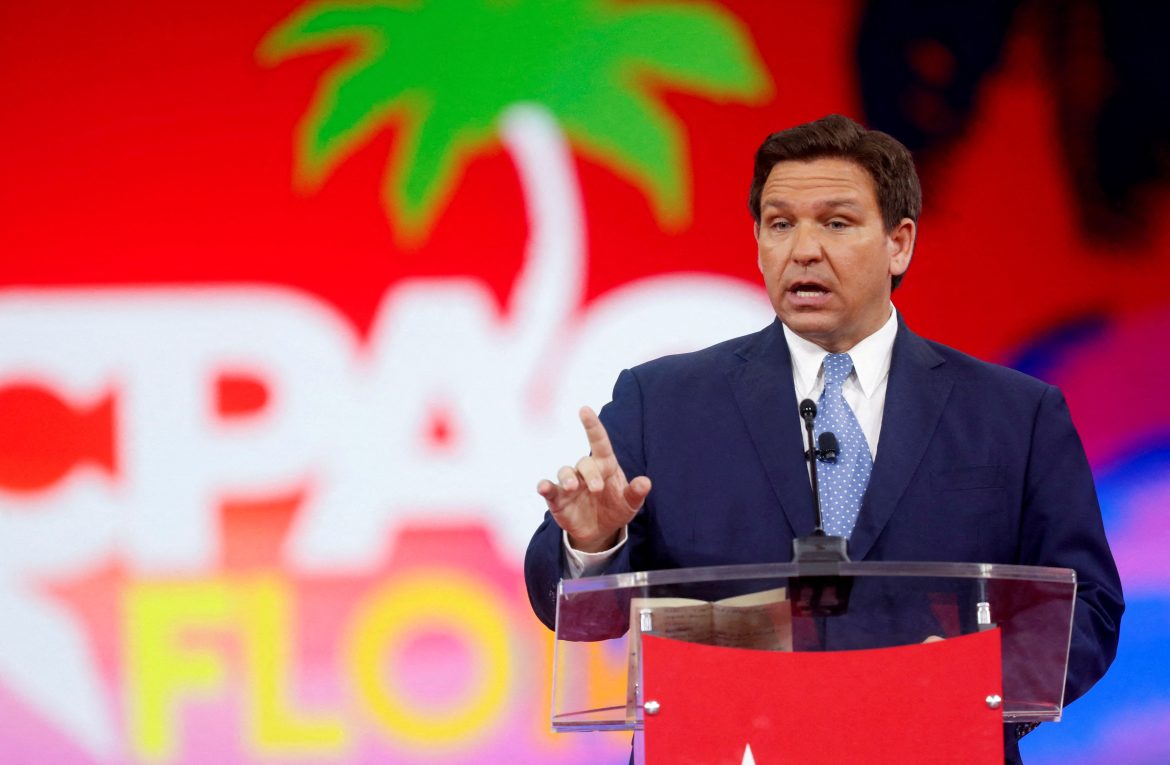 The ongoing feud between Ron DeSantis and Disney ratcheted up a notch Tuesday with the Florida GOP governor’s announcement that state lawmakers will consider revoking the theme park’s special district status in this week’s regularly-scheduled legislative session. The move makes good on a previous threat made by the governor and conservative lawmakers to yank Disney’s status as its own de facto county-level government.

Disney raised eyebrows and ire over its very public condemnation of the governor’s Parental Rights in Education bill banning classroom instruction to young children about sexual identity ideology and sexually-explicit subjects. The formerly family-friendly entertainment company promised to fight to repeal the law, which critics have misleadingly dubbed the “Don’t Say Gay” bill.

During a Tuesday press conference, DeSantis received a round of applause following his announcement that this week’s state legislative session, where lawmakers will consider congressional map changes, has been “expanded” to include consideration of “the termination of all special districts” enacted in the state before 1968. The applause came after the governor added, “and that will include the Reedy Creek Improvement District.” The measure could be voted on as early as today.

The Reedy Creek Improvement Act is a 1967 law that allows Disney to act as its own local government on its sprawling 25,000-acre property. With this special status, Disney World is able to collect property taxes, issue bonds, and bypass government approval when adding new structures to its property. The measure also exempts the theme park from having to abide by certain wastewater and environmental codes. Critics say terminating the law will wind up costing taxpayers since other local governments would be forced to step in to service the parks.

Disney appears to be in the minority in its stance against what many conservatives have called Florida’s “anti-grooming” legislation. A plurality of Americans, in fact, support the Parental Rights in Education Bill, according to a new poll.

Golden/TIPP on Friday published its findings from a national survey in which 1,305 Americans were asked whether they agree or disagree with the Parental Rights in Education legislation.

The pollsters noted that, somewhat surprisingly, support for the bill was dispersed across party lines, except for respondents who self-identified as liberals. Among those who said they either “strongly” or “somewhat” agreed with the legislation, 51% were Democrats, 73% Republicans, 54% Independents, 80% conservatives, 51% moderates, and 42% liberals.

The study also found that 47% of Americans think the “Don’t Say Gay” moniker is inappropriate, with 38% saying it is appropriate. In a series of leaked videos published to social media last month, Disney employees called on the company to produce more LGBTQ content and push progressive ideology during an “all-hands” employee town hall to discuss the Florida legislation. During the video, an animation executive boasted that the company fully embraces her “not-at-all-secret gay agenda,” and expressed relief in knowing that “no one would stop” her from adding queer themes to children’s content.