Flight cancelations and delays leave thousands stranded for the holidays 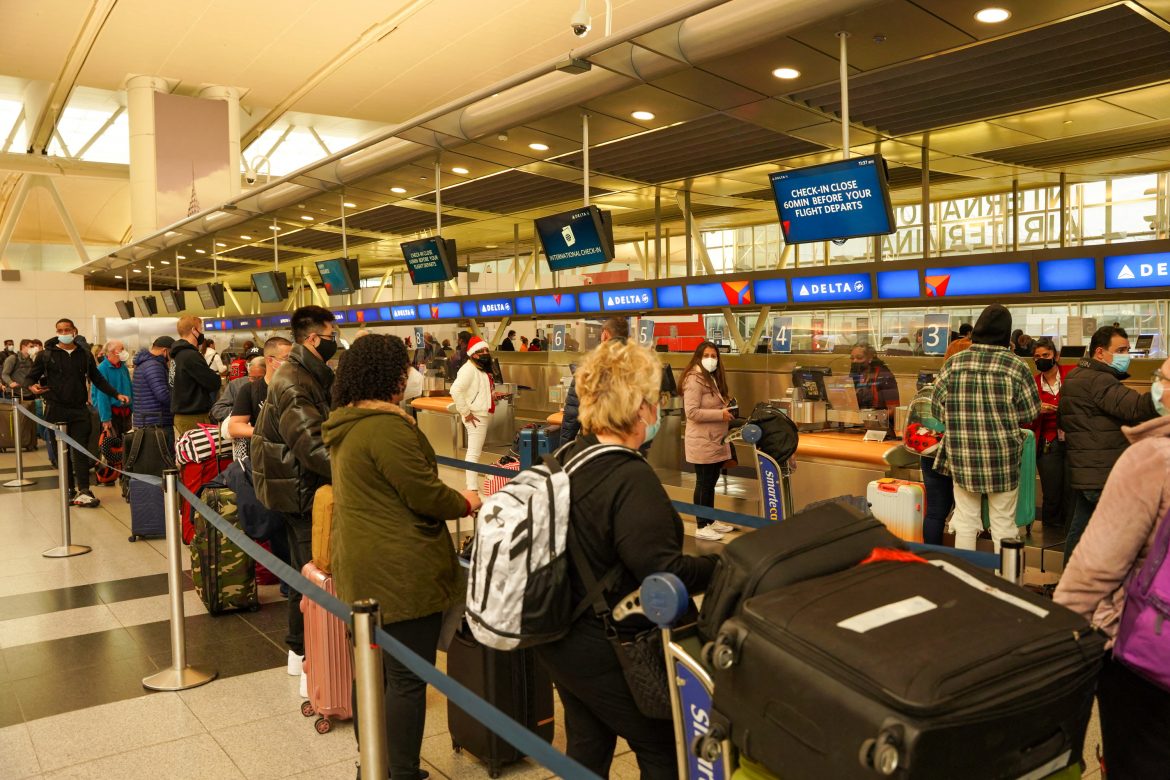 Worldwide flight cancelations and delays left thousands of travelers stranded for the holidays. The trend started on Christmas Eve and is still affecting airports across the world, with over 8,000 flights canceled so far. Major airline companies have pointed their fingers at bad weather and a surge of coronavirus infections as the reason for the travel woes.

On Christmas Eve, holiday plans were impacted by the worldwide cancelation of 2,401 flights. Flight plans continued to be impacted on Saturday with another 1,779 flights scrubbed and, according to FlightAware.com which tracks flight-related stats, Sunday finished out with a total of 3,274 cancelations.

These cancelations contributed to the delay of tens of thousands of other flights throughout the weekend, which left thousands of travelers stranded at airports with no clear way home.

Enjoli Rodriguez was one of these weary individuals, after his original flight from Los Angeles to Kentucky was canceled. Rodriguez was instead routed to Detroit, but his new flight was delayed so long that he missed the connection that would have finished his itinerary.

While flights into and out of the U.S. only made up about one-third of holiday cancelations, that ratio rose to almost half on Sunday. While domestic U.S. travelers may be frustrated with the cancelations and delays, White House officials tracking the problem noted that “only a small percentage of flights are affected” according to an anonymous Reuters source.

On Sunday, FlightAware.com shows that Delta canceled 7% of its flights, United Airlines canceled 5%, American Airlines scrubbed 2% of their flight plans, and Southwest only canceled 1% of flights. Delays from these major airlines, however, ranged anywhere from 20% to 34%.

While a Southwest spokesperson told FOX Business that their challenges came from “a variety of weather and air traffic congestion challenges,” other airlines have signaled that a surge in Covid-19 infections has impacted their holiday flight plans.

Delta, for example, has consistently labeled the Omicron variant alongside weather as a contributor in their updates concerning holiday flights. American Airlines also told Politico that “a number of Covid-related sick calls led us to make the difficult decision to precancel some flights.”

Delta Airlines signaled a week ago that current CDC isolation guidelines could contribute to staffing shortages and cause delays. In a Dec. 21 letter to CDC Director Dr. Rochelle Walensky, the company said, “With the rapid spread of the Omicron variant, the 10-day isolation for those who are fully vaccinated may significantly impact our workforce and operations. Similar to healthcare, police, fire, and public transportation workforces, the Omicron surge may exacerbate shortages and create significant disruptions.”

This warning was also repeated by Airlines for America, which represents some major U.S. airlines, who said the current Covid-19 mandates were likely to “exacerbate personnel shortages and create significant disruptions to our workforce and operations.”

The Omicron variant of COVID-19, which has so far shown milder symptoms than other forms, has created a surge in U.S. infections. According to Reuters, coronavirus cases have risen 45% in the U.S. to reach a rate of 179,000 new infections daily. The Omicron variant now makes up for nearly three-quarters of these cases.

Airlines are currently still working to get stranded passengers connected with flights to their intended destinations.

US, Japan draw up joint military plan in the event of possible Taiwan emergency