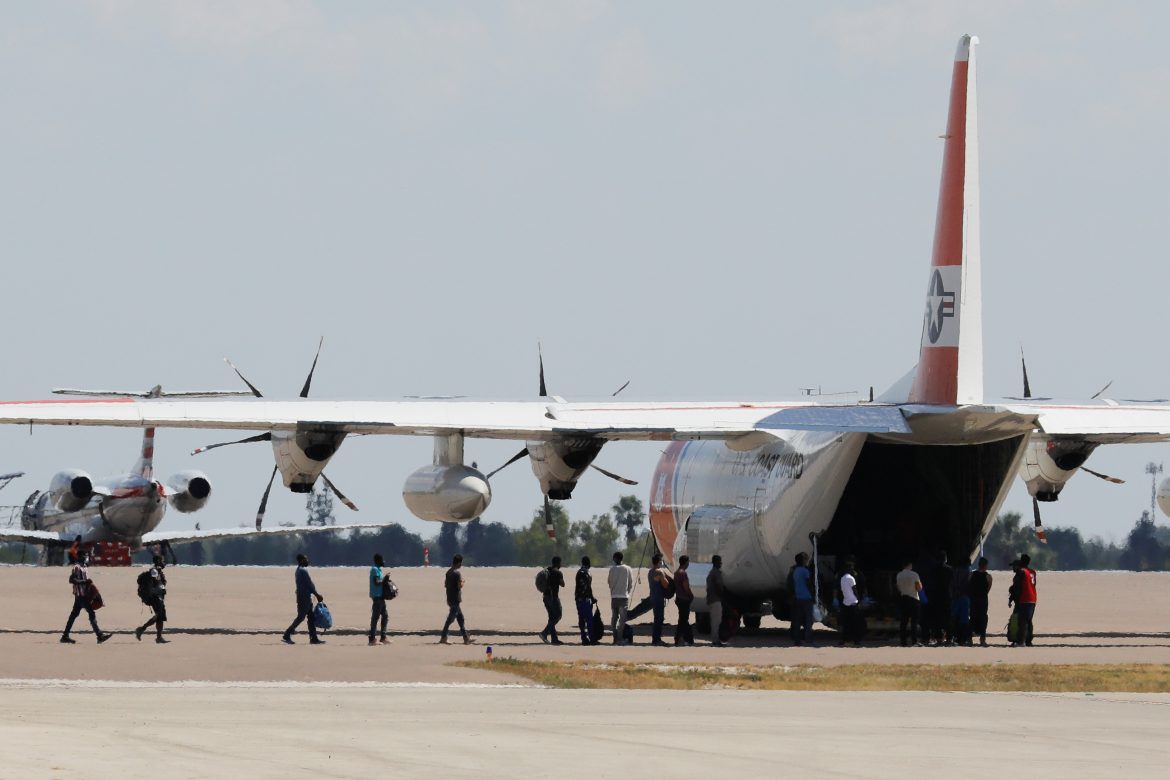 In Del Rio, Texas, the Department of Homeland Security began the process of returning thousands of Haitian migrants to their home country.

The Associated Press reported Sunday morning that three flights had already departed and more flights were planned in the coming days as the U.S. seeks to relocate more than 15,000 people, most of whom have been ordered to leave the U.S. under the Center for Disease Control’s Title 42.

State and federal authorities also closed and began seeking to secure a stretch of Texas’ border with Mexico, including a small dam that allowed migrants to walk across the Rio Grande from Ciudad Acuña, Mexico, to Del Rio.

Title 42, an emergency regulation instituted in March 2020, gives the director of the CDC the authority to deny anyone entry into the United States when the director believes there is a risk of spreading a communicable disease.

“Those who cannot be expelled under Title 42 and do not have a legal basis to remain will be placed in expedited removal proceedings,” a Homeland Security statement reads. “DHS is conducting regular expulsion and removal flights to Haiti, Mexico, Ecuador, and Northern Triangle countries.”

President Joe Biden has made no official comment on the matter. Neither the White House’s website nor President Biden’s official Twitter page make any mention of South Texas.

However, the DHS statement asserts that “the Biden Administration has reiterated that our borders are not open, and people should not make the dangerous journey.  Individuals and families are subject to border restrictions, including expulsion.  Irregular migration poses a significant threat to the health and welfare of border communities and to the lives of migrants themselves, and should not be attempted.”

“Our border crisis goes beyond the Rio Grande Valley and our South Texas communities — the smuggling of drugs, people, and weapons reaches far and wide throughout our state, and it affects all of us,” Abbott said in a statement. “That is why border security funding is crucial to our efforts to keep the entire state of Texas safe and secure.”

Many of the migrants have not lived in Haiti in recent years and have sought entry into the United States after economic opportunities have waned in Central and South America.

The matter became national news on Friday, when scores of migrants began gathering under a bridge in Del Rio.

Ariel Henry, Haiti’s acting president and prime minister, tweeted on Sunday that the nation would welcome the migrants home, but made no mention of any steps his government had taken to account for the sudden return of thousands to a nation already ravaged by poverty.

Henry assumed his position in July following the assassination of then-president Jovenel Moïse. However, he was not sworn in until after two weeks of battling with former interim prime minister Claude Joseph, who enjoyed the backing of the police and military, over who had the true claim to the office.

Of late, Henry has sought to fight off being charged in connection with Moïse’s assassination.

In May, even before Moïse’s assassination, Homeland Security granted Haitians already living in the United States temporary protected status, meaning they would be allowed to remain in the U.S. while Haiti remained in a state of political upheaval.

Late Sunday, the New York Times reported Haiti migration officials confirmed they would accept the first returnees, but asked for a “humanitarian moratorium” because the nation could not withstand an influx of thousands of homeless citizens.