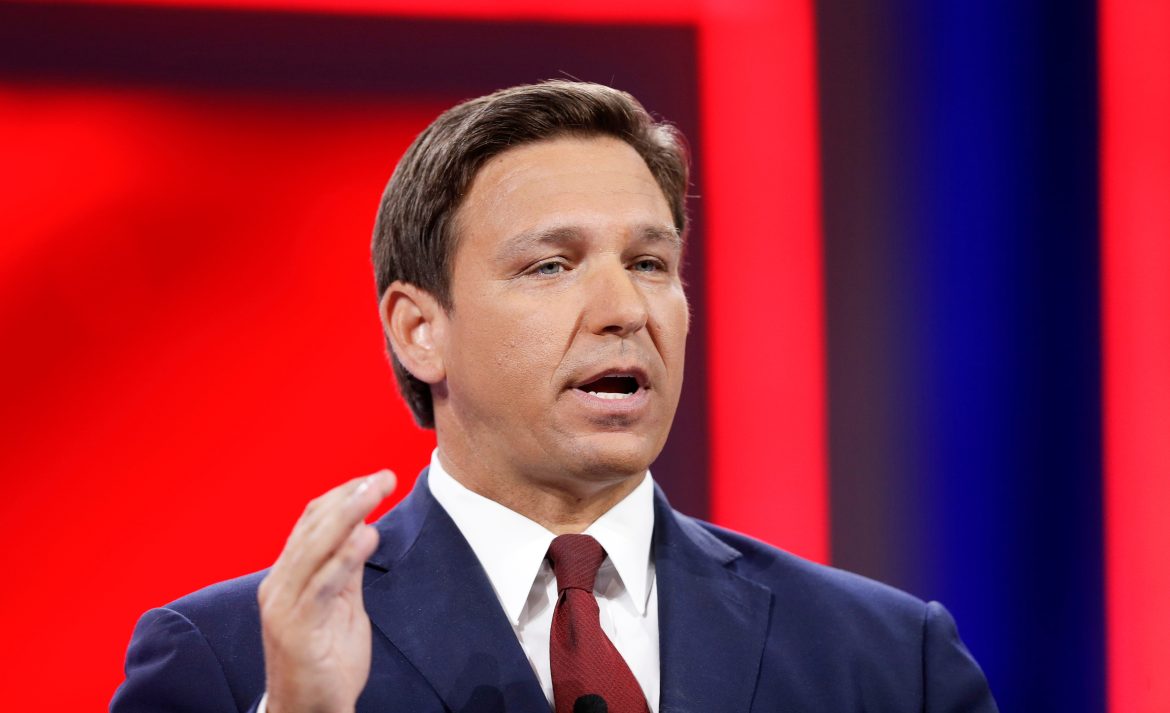 Florida Governor Ron DeSantis signed a controversial bill yesterday that, among other things, creates an Office of Election Crimes and Security which will oversee a specialized police force. This police force will be responsible for investigating voter fraud and other election crimes. Critics say the bill is nothing more than an appeal to conservative voters.

S.B. 524, also known as Election Administration, passed the Florida Senate on 24-14 at the beginning of March. A few days later, it also passed the state House 76-41. It’s meant to “strengthen election security measures,” a process that includes annual updates to the voter rolls, strengthening ID requirements, and increasing penalties for election crimes. The law also establishes the Office of Election Crimes and Security with a separate police force for investigating the crimes.

According to DeSantis, the legislation makes Florida “a leader in election integrity.”

The legislation I signed today will continue to make Florida a leader in election integrity by increasing penalties for ballot harvesting, expanding our ban on Zuckerbucks, and establishing an election integrity unit in state government to enforce our laws. pic.twitter.com/FPez9uf1gU

“Twenty years ago, nobody thought Florida was a prime example of how to conduct elections but we have become a national leader by running the most secure elections in the country,” stated DeSantis. “We need to do more to ensure our elections remain secure. We have ended ballot harvesting, stopped drop boxes and the mass mailing of ballots, and banned Zuckerbucks, and this bill will give us more resources to make sure bad actors are held accountable.”

Zuckerbucks refers to the money donated from the Chan Zuckerberg Initiative to different nonprofit organizations to help secure the 2020 election during the Covid-19 pandemic. Some of this money, particularly in Pennsylvania, was misappropriated for increasing the number of voters instead of improving election security during a public health crisis.

The new election crimes office will have 25 people and will be under the Secretary of State’s office. Only 10 of these individuals will be state police officers.

Democrat state legislators criticized elements of the bill before it passed both branches early in March. The greatest complaint is that if the 2020 elections went as smoothly as DeSantis touts, then there should be little need to better secure them. Other lawmakers called it “almost comical” and “just ridiculous” to have dedicated officers with only 75 credible complaints of voter fraud from the 2020 election.

“DeSantis’ so-called election reform legislation is a continued attack by the Republican Party to generate public distrust in the integrity of our elections. The bill is unnecessary and a waste of taxpayer funds,” said Representative Tracie Davis to CBS News.

To these Democrats, the bill is nothing more than an expensive way to curry favor with conservative voters as DeSantis potentially makes a 2024 presidential election bid.

On Monday, Desantis defended the election crimes office and dedicated state officers when he said that some current police “may not care as much about the election stuff.” He added, “So we just want to make sure whatever laws are on the books, that those laws are enforced.”