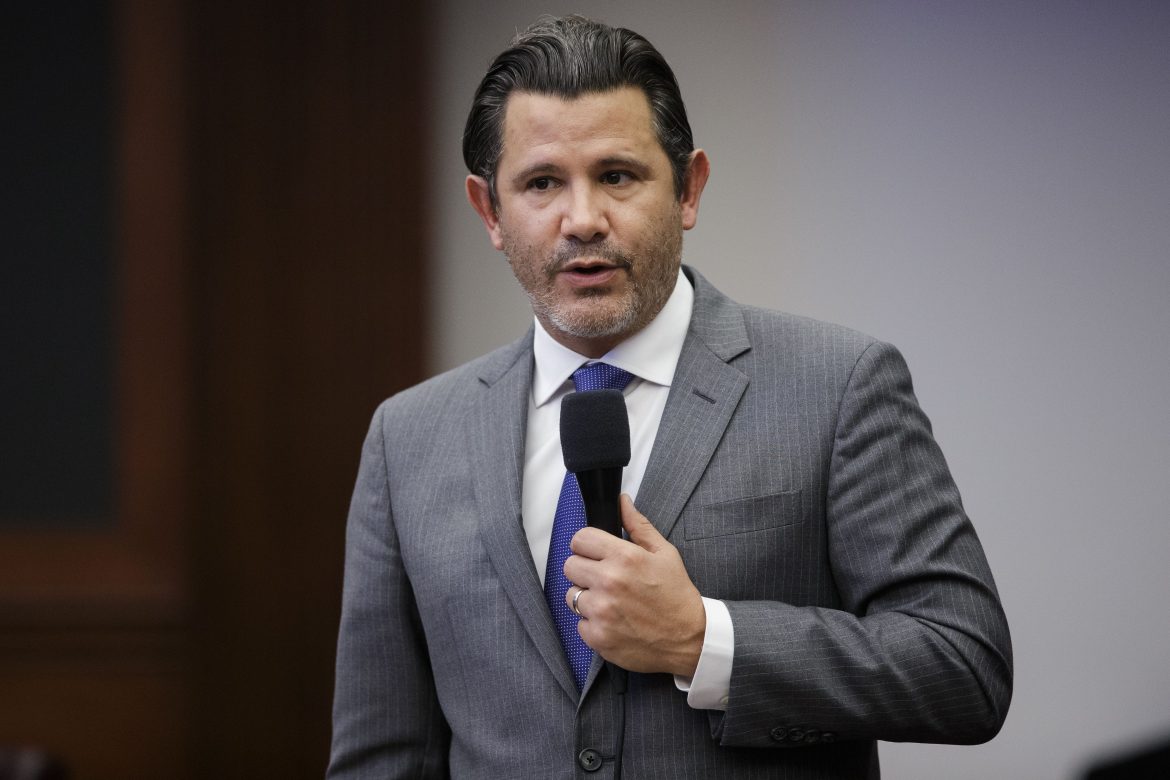 Earlier this year state legislators, with Democratic support, allocated $12 million for transporting “unauthorized aliens” out of the state. “The legislature gave me $12 million. We’re going to spend every penny of that to make sure that we are protecting the people of the state of Florida,” DeSantis said following the Martha Vinyard relocation.

Pizzo argues DeSantis misused the funding because the Venezuelans were not from Florida and are not “unauthorized aliens,” as they are seeking asylum.

Still waiting for a version of this map that shows a connection in Florida. pic.twitter.com/b7BDhXMu2Y

DeSantis says it fits within the scope of budgetary allotment because a large number of illegal immigrants in Texas intend to migrate to Florida.

DeSantis’ communications director, Taryn Fenske responded to the suit with a statement: “Senator Pizzo never misses an opportunity for his 15 minutes of fame and is challenging an action on an appropriation he voted for.”

This week a  class-action lawsuit was filed against DeSantis by Alianza Americas,  an organization that receives funding from left-wing billionaire George Soros, on behalf of three Venezuelans flown to Martha’s Vineyard.

Meanwhile, the sheriff of Bexar County, Texas has also opened an investigation into DeSantis’ relocation efforts, though he was unable “to definitively say here’s the statute that they broke either federal, state or local.”

Despite the legal backlash, a new poll from Scott Rasmussen and RMG Research Inc, reported by the Daily Caller, found 51% of registered voters support sending illegal immigrants to sanctuary cities, while “48% strongly or somewhat approve of border state governors sending some illegal immigrants to places like New York, Chicago and Martha’s Vineyard specifically.”

The same poll found that 63% of voters think it’s “hypocritical for sanctuary cities to complain about migrants being sent there.”