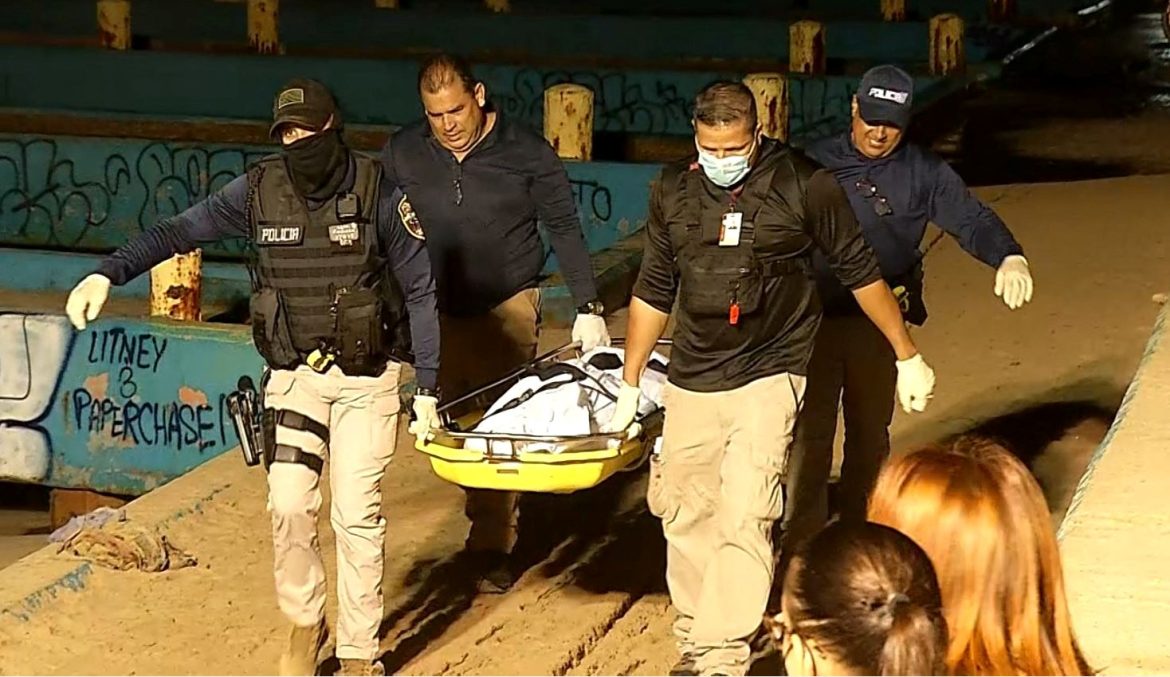 A tragic episode that played out last week off the coast of Puerto Rico has reached its conclusion as the U.S. Coast Guard ended its search for survivors while immigration officials have begun the process of prosecuting the man who piloted a boat that capsized and cost almost a dozen Haitian migrants their lives.

According to a release, U.S. Border Patrol agents and special investigators from the Department of Homeland Security have filed a criminal complaint against Fermin Montilla, 43, of the Dominican Republic.

Montilla is charged with “bringing to or attempting to bring to the US in any manner whatsoever such person at a place other than a designated port of entry.” If convicted, Montilla faces a life sentence and/or a significant fine.

Whether he is ultimately convicted of a crime or not, the voyage Montilla undertook in a small wooden boat, referred to as a “yola,” will live in infamy.

The boat, which was packed with at least 49 Haitian migrants plus the captain, capsized Thursday off the coast of Puerto Rico. Eleven passengers, all women, died.

While the Coast Guard rescued 38 migrants, Capt. Gregory H. Magee, Commander of Coast Guard Sector San Juan, said there was no way to be certain this represented the entirety of the passengers on board.

“Our most heartfelt condolences to the families, friends, and loved ones of those who did not survive or remain missing, our prayers are with them,” Magee said in a statement, which was shared on Facebook. “I commend all the partner agency crews who responded in this case, their bravery and actions helped save 38 lives from almost certain death … These crews have done their utmost to ensure that if there were any more survivors, that they would have had the best chance to be rescued.”

Magee added that given the current climate, the practice of migrants seeking to reach the United States aboard shaky watercraft will persist as will the threat of catastrophe.

“Unfortunately, as the threat of illegal voyages continues, we could be forced to respond to similar events in the future,” Magee said. “The dangers of these voyages are real, we see them every day, people aboard grossly overloaded makeshift boats taking on water in high seas with little or no lifesaving equipment.  These people are at the mercy of ruthless smugglers who are not concerned with their lives or safety.”

Little more than 16 hours after Magee’s remarks, Coast Guard Sector San Juan announced that the Coast Guard Cutter Joseph Tezanos had intercepted a small boat in the Atlantic Ocean near Aguadilla, Puerto Rico. The boat, which was making an illegal voyage, was carrying 24 residents of the Dominican Republic.

“The Coast Guard’s highest priority is to save lives at sea, and we do this daily alongside our fellow Caribbean Border Interagency Group partners in our shared unwavering resolve to interdict illegal voyages in the Mona Passage,” Magee said in a separate statement.  “These voyages are extremely unsafe and put thousands of lives at risk every year, while conditions aboard these grossly overloaded makeshift boats are just inhumane.”

According to Coast Guard Sector San Juan, since Oct. 1, 2021, the Coast Guard has intercepted 61 illegal voyages in the waters near Puerto Rico. These interdictions have resulted in the discovery of 1,585 non-U.S. citizens attempting to enter the U.S.

These passengers were mostly from the Dominican Republic (1,184), but 348 Haitians, one Cuban, one Ecuadorian, 52 Venezuelans, and 35 persons of unknown origin have also been encountered.