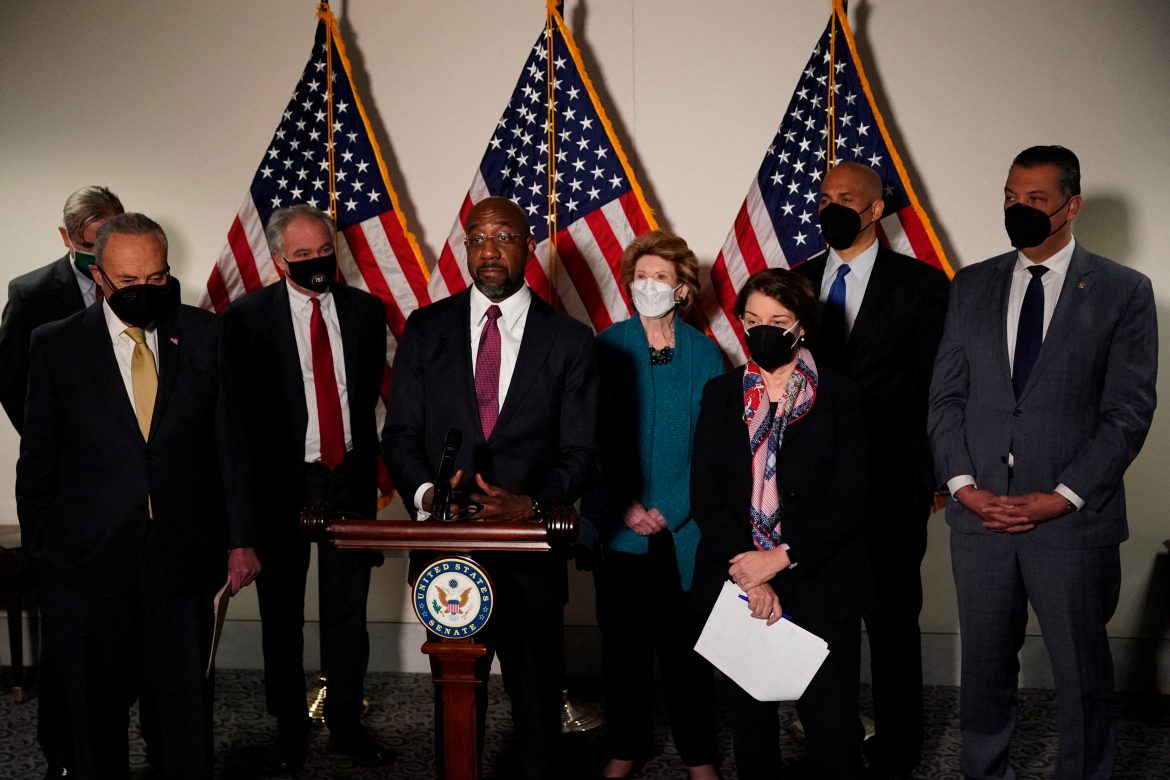 Conservatives and pro-life advocates have been enraged over the last several months at former Baptist pastor and current Georgia Senator Raphael Warnock’s stance on abortion. Warnock is notorious for claiming fidelity to the Christian faith while simultaneously supporting abortion.

Over the weekend, Warnock used Twitter to again promote his pro-abortion views saying:

As a pro-choice pastor, I’ve always believed that a patient’s room is way too small for a woman, her doctor, and the United States government.

One of those who came out against Warnock is former NFL tight end and outspoken Christian, Benjamin Watson. Watson has become a prominent figure in the Christian community as one of the most outspoken proponents for the protection of unborn babies.

Watson responded to Warnock on Twitter, countering that a pastor should always know the value of human life, and that a senator should know how to support a mother as well as her baby.

Is a patient’s room too small for a child as well?

A Pastor knows the value of human life.
A Senator knows how to support mother AND child.

Be careful when someone emphasizes their position in the church before stating what THEY have always believed NOT what God’s word says. They’ve sacrificed moral credibility to accrue power and used their religious position as cover for an agenda. It doesn’t have to be this way.

Watson was not the only public figure to confront Warnock.

William Wolfe, who worked under the administration of President Trump, said, “Pro-choice pastor’ is one of the most evil contradiction in terms I’ve ever heard. Shame on every Christian who supported, or gave cover to supporting, this man.”

Popular podcast host and conservative commentator, Allie Beth Stuckey, also pointed out the dichotomy of Warnock’s statement, tweeting, “You can be pro-choice or a faithful pastor, but you cannot be both.” She then added, “Of course, Warnock’s much bigger problem is not his views on abortion, but his views on the gospel, which I very much doubt he could correctly articulate if he tried.”

This development calls to mind Psalm 82:3-4, where the psalmist Asaph pleads confidently with God to defend the cause of those who cannot defend themselves:

U.S. Commerce Dept says chips shortage to persist, some companies on verge of running out