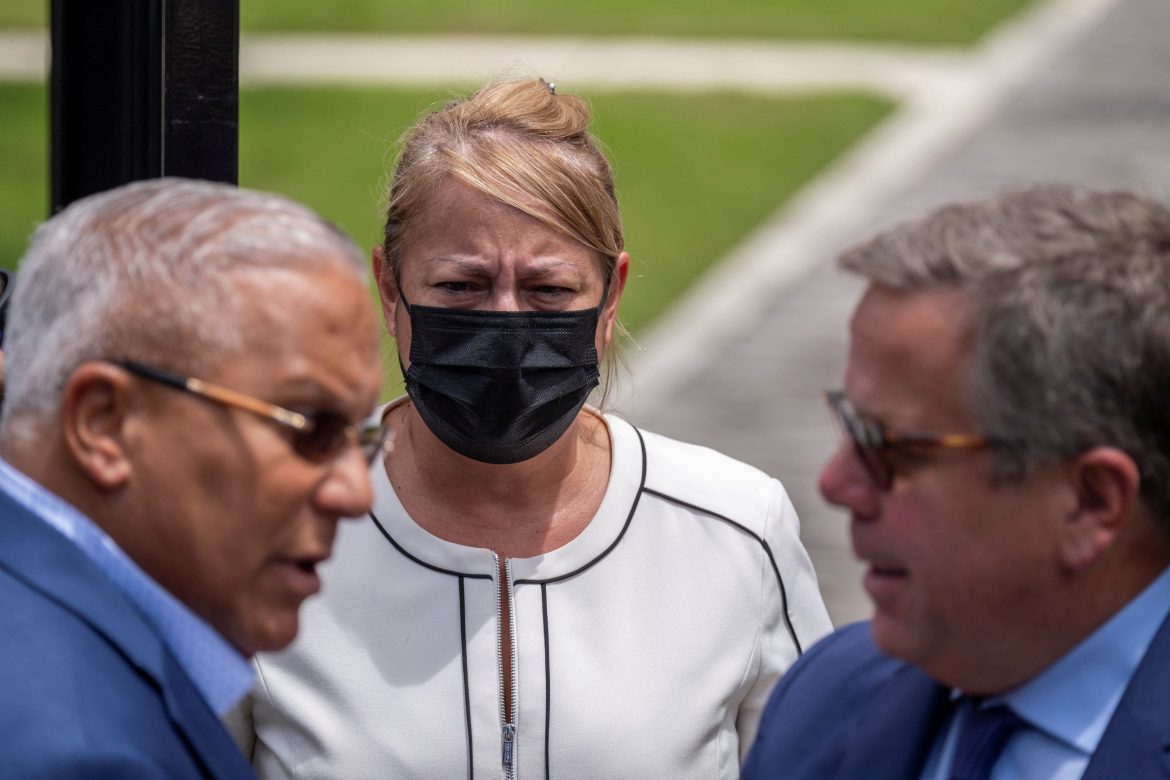 U.S. authorities on Thursday announced criminal charges against former Puerto Rico Governor Wanda Vazquez, who was in office from 2019 to 2021, for alleged corruption during her 2020 election campaign.

The former governor is charged with conspiracy, federal programs bribery, and honest services wire fraud, the Department of Justice (DOJ) said in a statement.

Vazquez told reporters she was innocent following her initial hearing on Thursday afternoon.

“I have not committed any crime,” she said. “They have committed a great injustice by filing these charges.”

According to authorities, a Venezuelan-Italian bank owner and a former FBI agent paid some $300,000 to political consultants supporting Vazquez’s campaign in exchange for political favors.

Authorities allege that the owner of the bank Bancredito, which was under investigation by the island’s regulatory authority, indirectly asked Vazquez to replace the regulator’s head with a hand-picked leader to head off the audit.

Bancredito’s owner, Julio Martin Herrera Velutini, allegedly coordinated with one of Vazquez’s campaign workers, former FBI agent Mark Rossini, to carry out the bribe. Both have been charged alongside Vazquez.

Investigators say that after Vazquez’s primary election loss in 2020, Herrera then attempted to bribe her successor, named in the indictment only as “Public Official A.”

Herrera’s attempts to bribe the current governor to end the audit of Bancredito were unsuccessful, authorities say, as his contact allegedly representing the governor was actually acting on behalf of the FBI.

Two others pleaded guilty for their involvement in the scheme in March. Frances Diaz, former president and chief executive officer of Bancredito, conspired with Herrera and others to bribe the current governor, officials say.

Meanwhile, another of Vazquez’s campaign coordinators, John Blakeman, conspired with Herrera and Rossini to bribe Vazquez and with Herrera to bribe her successor, according to the Department of Justice.

The two face up to five years in prison, though their sentencing hearings have not yet been scheduled.

Vazquez, as well as Herrara and Rossini, could face up to 20 years in prison if convicted, U.S. Attorney for the District of Puerto Rico Stephen Muldrow said.

In Vazquez’s first appearance in court, U.S. Magistrate Judge for the District of Puerto Rico Camille Velez-Rive ruled the former governor could be released on $50,000 bail on the condition she hand over her passport.