Franklin Graham says he preaches ‘message of love,’ not hate, in response to activists’ claims 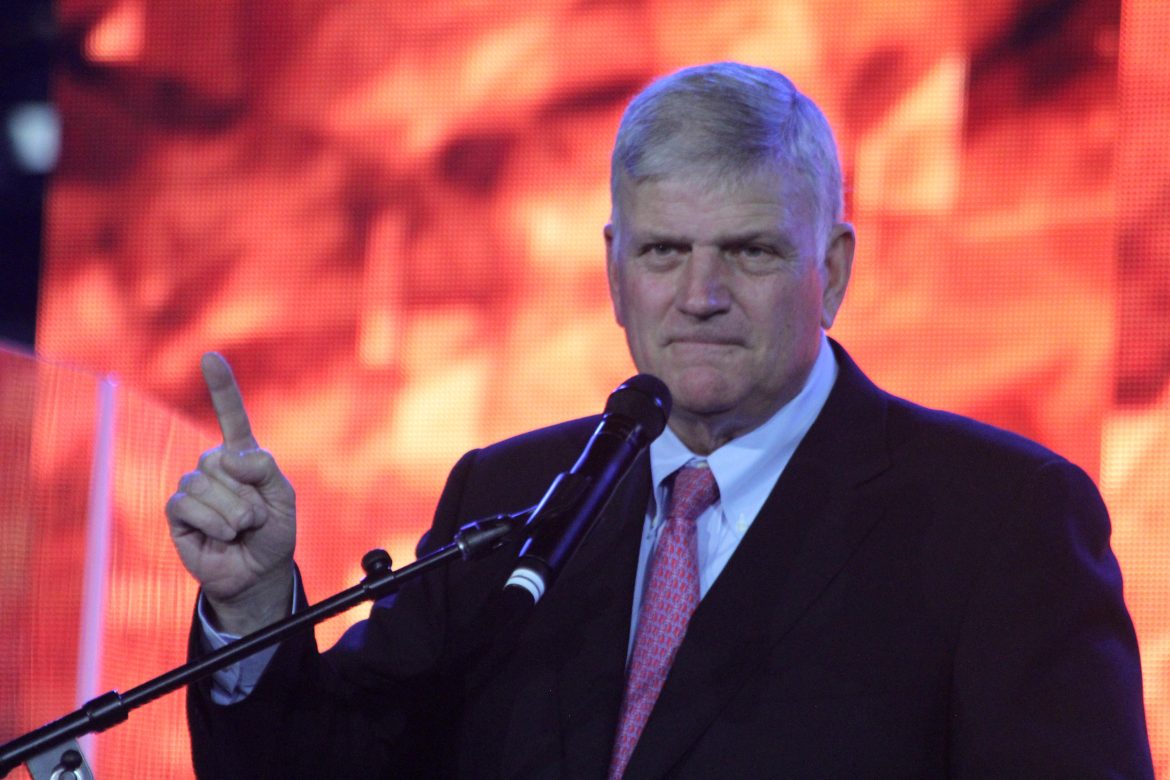 Christian evangelist Rev. Franklin Graham said accusations by social activists who claim he is a “preacher of hate” are false.

The Billy Graham Evangelistic Association president and CEO, who is currently on a “God Loves You” tour in the U.K., responded to the accusations in a recent Premier Christian News interview. Graham has received strident opposition in particular from LGBTQ activists, including a Welsh Labour Party politician, due to his biblical views on gender and marriage.

“Their criticism is a lie,” Graham said during a brief break from the tour featuring free events throughout the U.K. from May through July. “The reason they say I’m a preacher of hate is because I say that marriage is between a man and a woman. And it is,” he continued. “What I do is I answer reporters’ questions. ‘Well, what do you think about gay marriage?’ Well, it’s a sin. That’s what the Bible calls it,” Graham explained.

The “God Loves You” tour was originally scheduled for 2020 but had to be rescheduled after multiple venues canceled tour bookings in response to complaints by activist groups about Graham’s past comments on homosexuality. Graham has since taken legal action against the venues for reneging on their agreements.

This isn’t the first time the Samaritan’s Purse ministry founder has been met with opposition from activist groups. In 2018, bus ads for his evangelistic festival were pulled amid an intense pressure campaign from detractors.

“I’m sorry to see a person of those views given a platform to express them here in Wales and they absolutely do not reflect any that the Welsh Government would be prepared to endorse or sanction,” Welsh First Minister Mark Drakeford said ahead of one of Graham’s scheduled appearances, according to Christian Today.

Graham said the criticism, while unfounded, is not unexpected.

“We have a vacuum, an emptiness inside each of us, in our souls that only God Himself can fill. God made us. God created us in His own image, the Bible says,” Graham said, adding that “God has a plan and purpose” for each of their lives.

In an interview with the BBC, Graham said he wants everyone to understand that the only true fulfillment in this life is found in Christ, according to CBN News.

“I want people to know that God loves them. We have trials and storms that we go through in life, but Jesus Christ is our anchor. If we put our faith and trust in Him. He will get us through those storms of life — He loves us and cares for us.”

“There are always critics of the Lord Jesus Christ within the religious community,” he said. “They’re the ones that turned on Him. So I expect to have criticism, and there are a lot of churches that have compromised and there’s division within the church,” he added.

Still, Graham expressed hope that young Christian evangelists would rise up to fill the void left by churches that have sought to alter biblical truths to suit their own sociopolitical agendas, urging them to uphold scriptural truth, even in the face of threats and violence from those who oppose the gospel.

Graham has previously said he believes the need for Christian outreach in the U.K. is “greater than ever.”

According to global evangelical prayer outreach Operation World, only 6% of Britons are regular churchgoers. Among this tiny fraction of the population, most are reluctant to engage with the unbelieving majority which has become increasingly atheistic. Moreover, many among those who self-identify as Christians do not believe salvation and repentance are necessary in order to go to heaven.

A Moment in History: The Temple Mount