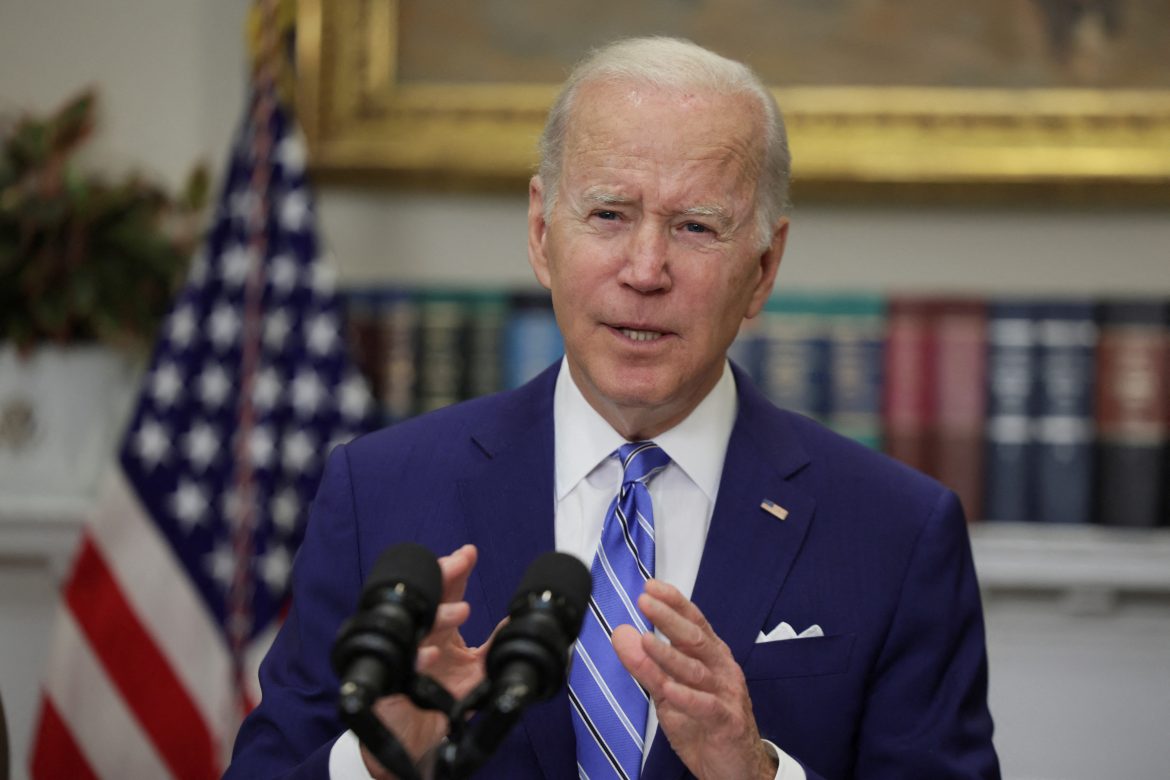 Group of Seven (G7) nations committed on Sunday to ban or phase out imports of Russian oil and the United States unveiled sanctions against Gazprombank executives and other businesses to punish Moscow for its war against Ukraine.

The move represents the latest attempt by the West to put pressure on Russian President Vladimir Putin for his country’s invasion of Ukraine and the deadly aftermath that ensued.

President Joe Biden joined G7 leaders in a video conference call with Ukrainian President Volodymyr Zelenskyy to discuss the war, support for Ukraine, and additional measures against Moscow, including on energy.

“We commit to phase out our dependency on Russian energy, including by phasing out or banning the import of Russian oil. We will ensure that we do so in a timely and orderly fashion,” G7 leaders said in a joint statement. “We will work together and with our partners to ensure stable and sustainable global energy supplies and affordable prices for consumers.”

The measures leveled against Gazprombank executives were the first involving the giant Russian gas exporter as the United States and its allies have avoided taking steps that might lead to disruptions of gas to Europe, Russia’s main customer.

The sanctioned Gazprombank executives include Alexy Miller and Andrey Akimov, according to a statement from the U.S. Treasury Department.

“This is not a full block. We’re not freezing the assets of Gazprombank or prohibiting any transactions with Gazprombank,” a senior Biden administration official told reporters. “What we’re signaling is that Gazprombank is not a safe haven, and so we’re sanctioning some of their top business executives … to create a chilling effect.”

Biden, who has lauded unity among Western leaders in standing up to Russian President Vladimir Putin, met by video conference from his home in Delaware, where he is spending the weekend.

The meeting occurred prior to Russia’s Victory Day celebrations which happened on Monday. Putin calls the invasion a “special military operation” to disarm Ukraine and rid it of anti-Russian nationalism fomented by the West. Ukraine and its allies say Russia launched an unprovoked war.

The United States and Europe have imposed crushing sanctions on Russia since its invasion, targeting banks, businesses, and individuals in an attempt to squeeze the Russian economy and limit resources being used to advance the war.

Eight executives from Sberbank, which holds one-third of Russia’s banking assets, were added to the latest U.S. sanctions list. Moscow Industrial Bank and its 10 subsidiaries were also added.

“Taken together, today’s actions are a continuation of the systematic and methodical removal of Russia from the global financial and economic system. And the message is there will be no safe haven for the Russian economy if Putin’s invasion continues,” the official said.

The new export control restrictions were aimed at directly degrading Putin’s war effort, including controls on industrial engines, bulldozers, wood products, motors, and fans. The European Union is moving in tandem with additional controls on chemicals that feed directly into the Russian military effort, the official said.

Limited Liability Company Promtekhnologiya, a weapons maker, was sanctioned, along with seven shipping companies and a marine towing company. The White House also said the Nuclear Regulatory Commission would suspend licenses for exports of special nuclear material to Russia.

Americans will be prohibited from providing accounting, trust, and corporate formation and management consulting services to Russians, though providing legal services is still permissible.