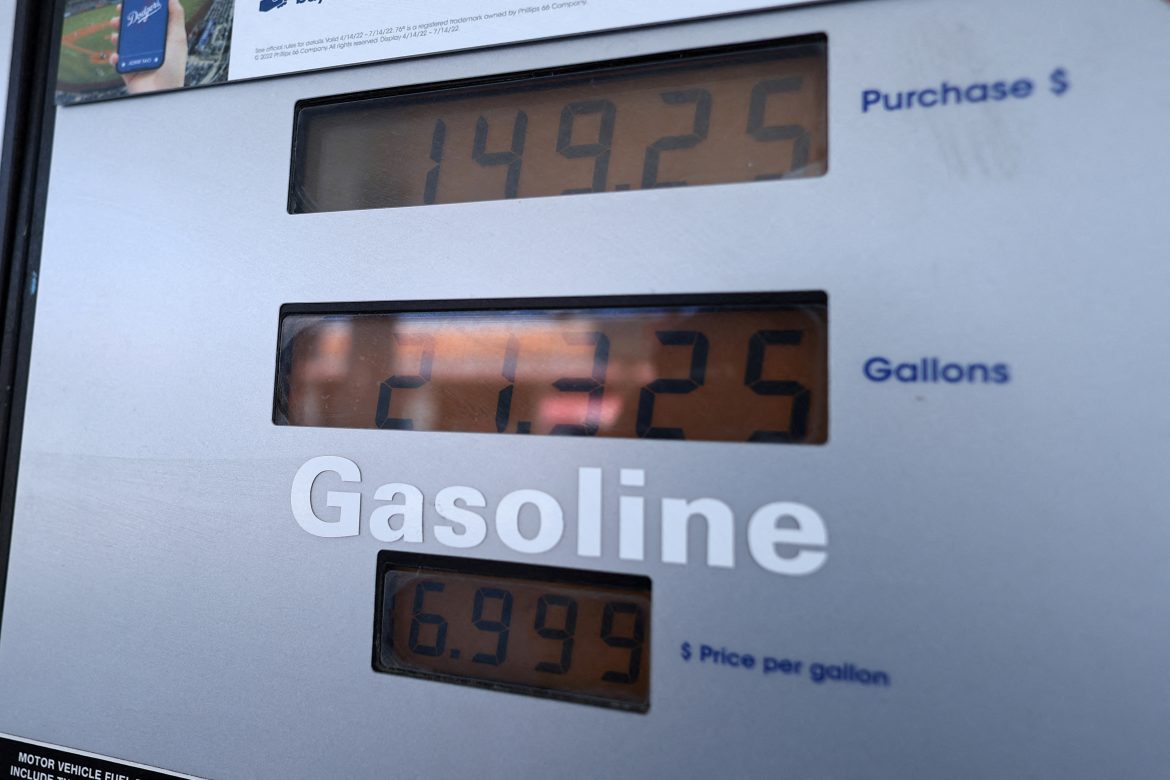 Gas prices in the U.S. hit a painful new milestone on Thursday, with the nationwide average price of gas topping $5 a gallon for the first time in history, according to GasBuddy.

2022 has already been a difficult year at the pump for Americans, with prices rising at break-neck speeds leaving consumers and businesses scrambling to keep up. Averages topped $4 on March 5 for the first time since 2008 and hit an all-time record of $4.10 per gallon two days later. Prices peaked on March 10 and remained stable for a time, but set a new record on May 5 and have continued to rise since, going up 66 cents in just the past month. On Sunday, the average price of a gallon of gas had officially doubled since Jan. 20, 2021, the day Joe Biden was sworn in as president, from $2.38 a gallon to $4.76 a gallon.

While many, including the Biden administration, have blamed Russia’s invasion of Ukraine and the ensuing sanctions on Russian oil for the price hikes, the war is not the only factor in this surge. Domestic oil production is down by approximately 1 million barrels, or 40 million gallons, per day over the past 3 years. U.S. inventory is currently down 25 million barrels since March. On top of that, demand for gas historically increases during the summer months, and despite record prices, that demand has not gone away.

“It’s been one kink after another this year, and worst of all, demand doesn’t seem to be responding to the surge in gas prices, meaning there is a high probability that prices could go even higher in the weeks ahead,” said GasBuddy’s head of petroleum analysis Patrick De Haan. “It’s a perfect storm of factors all aligning to create a rare environment of rapid price hikes. The situation could become even worse should there be any unexpected issues at the nation’s refineries or a major hurricane that impacts oil production or refineries this summer.”

Unfortunately for Americans, the current increase shows no signs of slowing down. As summer vacations and road trips drive up demand for gas from now through Labor Day, “U.S. retail price could surge another 37% by August to a $6.20/gal national average,” according to JPMorgan analyst Natasha Kaneva.

Despite the president’s claim that Russia and the lingering effects of the COVID-19 pandemic are to blame for the soaring prices, Americans have voiced their frustration that the Biden administration is not doing enough to bring down the cost of everyday goods like gas and groceries. According to an ABC/Ipsos poll released Sunday, only 37% of Americans approve of the president’s handling of the economic recovery. Even less approve of his work on inflation (28%) and gas prices (27%). These numbers could spell disaster for the Democratic Party heading into November’s midterms.

Last week, the president announced plans to go to Saudi Arabia to meet with Crown Prince Mohammed bin Salman. It is expected that he will ask Saudi Arabia and other OPEC nations to ramp up oil production in order to compensate for the loss of Russian oil.

Last week, OPEC promised to increase production by over 600,000 barrels per day in July and August.