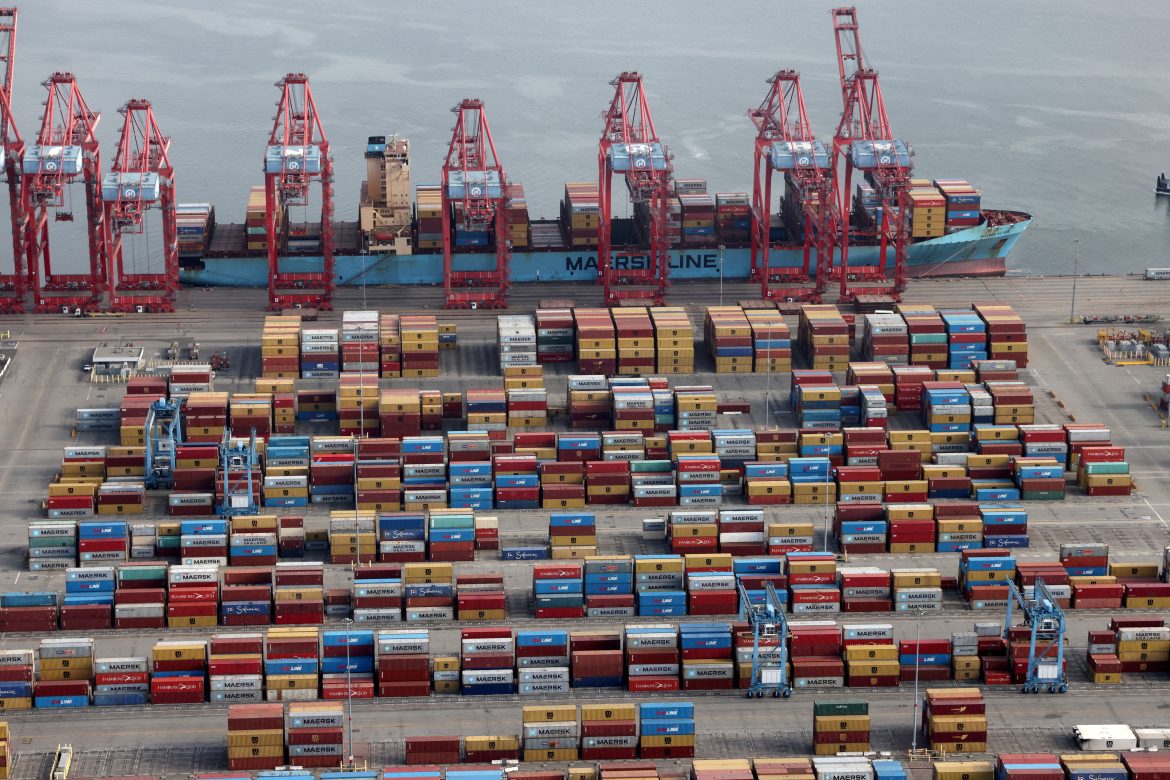 The debate over whether or not the U.S. is in a recession heated up on Thursday as the Gross Domestic Product (GDP) showed a decline for the second consecutive quarter.

Wall Street Journal analysts had predicted an increase of 0.3%, which was more than 1 percentage point off from the true value.

MarketWatch reported that a large “drop in business investment and declining inventory levels largely accounted for the negative GDP print.” On the plus side, consumer spending increased by “a 1% annual clip.”

These back-to-back declines in GDP are the first since the Great Recession of 2007.

Since the beginning of this week, economists and analysts have been warning that a recession is looming. One economist told The Epoch Times that Biden’s “policy blunders” would “probably cause a recession.”

ING analysts pointed to the Federal Reserve as an indicator that recession was looming. Citing the Fed’s federal funds rate increases (before its most recent 75-point hike on Wednesday) and delayed response to the crushing inflation felt by most Americans, these economists said that there is “clearly the fear of a recession.”

The Fed’s 75-point increase was also a factor of concern, as it has continually raised interest rates throughout the year to temper inflation. Reuters described the current high price market as “the most intense breakout of inflation since the 1980s.”

The Fed has now raised its interest rates by 225 basis points this year alone.

The data seems stacked in favor of recession, but Biden administration officials are denying it.

Brian Deese, yesterday: "Two negative quarters of GDP growth is not the technical definition of recession.”

Deese, 2008: “Economists have a technical definition of recession, which is two consecutive quarters of negative growth.” pic.twitter.com/MzVk7drq3v

Likewise, White House Press Secretary Karine Jean-Pierre told reporters that “there are many factors and economic indicators to consider” when noting a recession. She also said that the “textbook definition of ‘recession’ is not two negative quarters of GDP.”

Karine Jean-Pierre says "two consecutive quarters of negative GDP growth" is "not the definition of a recession."

Then a reporter reads her a statement from Biden economic adviser Brian Deese defining a recession as "two consecutive quarters of negative growth.” pic.twitter.com/xaOJCKU6TB

Biden’s Chair of the White House Council of Economic Advisers Cecilia Rouse even said back in May of this year that “economists date a recession as being at least two quarters of negative growth and other factors.”

Biden’s Chair of the White House Council of Economic Advisers Cecilia Rouse in May 2022: “Two quarters of negative growth” is an indicator of a recession. pic.twitter.com/f3shL0gRu8

President Biden said on Monday that a recession didn’t look likely because of “one of the lowest” unemployment rates. A White House Fact Sheet, which espoused “a holistic look” at economic data, states that “trends in the data through the first half of this year used to determine a recession are not indicating a downturn.”

The National Bureau of Economic Research (NBER), which acts as the official declarator of recession, defines a recession as “a significant decline in economic activity that is spread across the economy and that lasts more than a few months.” The bureau reportedly takes the broader view of recession into account before making an official declaration on the matter.