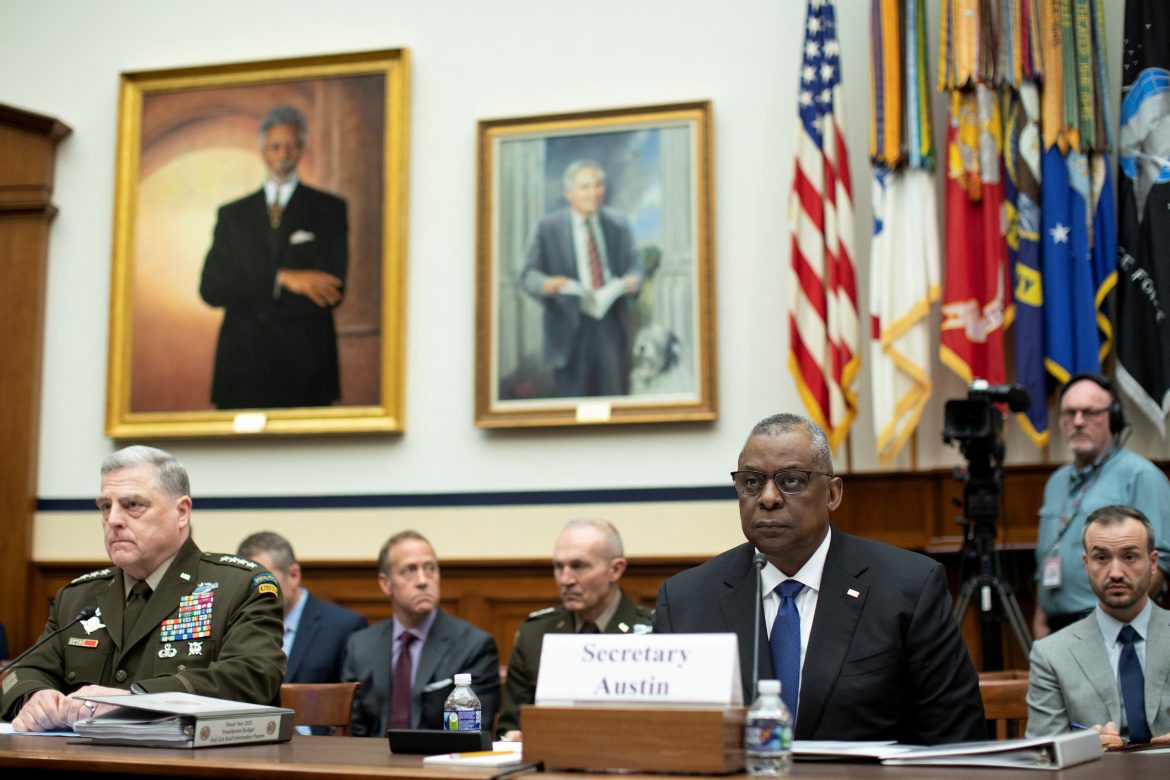 A House Armed Services Committee hearing about the budget request for the 2023 fiscal year was anything but routine, as it included grave warnings about the Ukraine conflict and tense exchanges between GOP members and Pentagon officials.

Chairman of the Joint Chiefs Mark Milley told the committee that lawmakers should expect the war in Ukraine to continue for the foreseeable future, calling the Russian invasion a “very protracted conflict.”

It’s a bit early, still, even though we’re a month plus into the war. There is much of the ground war left in Ukraine, but I do think this is a very protracted conflict. And I think it’s at least measured in years. I don’t know about a decade, but at least years for sure.

Putin had hoped for a quick, decisive victory in Ukraine, but after a staunch armed resistance, Russian forces have withdrawn from the capital of Kyiv and repositioned themselves in other areas of the country. This along with other intelligence reports have led officials to believe that while Russia will not relent in their attack, it will be conducted through much more deliberate, drawn-out attacks.

Milley warned that this type of warfare will result in “the world becoming more unstable” adding that “the potential for significant international conflict between great powers is increasing, not decreasing.”

Milley noted that one way to stop Putin from his objectives would be for the American military and other European forces to get involved in a more direct way but that he “wouldn’t advise” this. He did note, however, that the Pentagon would likely be sending more troops to the region, and recommended that the US “create permanent bases, but don’t permanently station, so you get the effect of permanence by rotational forces, cycling through permanent bases.”

Milley’s declaration that the world should make plans to endure the “greatest threat to peace and security” for a prolonged time period, was not the only item of note at the hearing.

In reference to a lecture held at the National Defense University titled, “Responding to China: The Case For Global Justice and Democratic Socialism,” Gaetz asked Sec. Austin if he agreed with socialism. Gaetz then pointedly questioned Austin why, if he did not agree with the concept, did the Pentagon invite someone to teach the values of socialism rather than “combatting our enemies and making accurate assessments.”

Gaetz then shifted his attack to the Pentagon’s record on various international conflicts. “You guys have been blowing a lot of calls lately on matters of strategy, Mr. Secretary. You guys told us that Russia couldn’t lose, you told us the Taliban couldn’t immediately win. And so I guess I’m wondering, what in the $773 billion that you’re requesting today is going to help you make assessments that are accurate in the face of so many blown calls?” Gaetz quipped.

The most heated moment came when Gaetz pressed Austin about America “falling behind” the rest of the world in hypersonic missiles:

“While everyone else in the world seems to be developing capabilities and being more strategic, we’ve got time to embrace critical race theory at West Point, to embrace socialism at the National Defense University, to do mandatory pronoun training,” Gaetz declared.

“This is the most capable, most combat credible force in the world — it has been and it will be so going forward,” Austin replied.

Gaetz retorted, “Not if it’s going down this path, not if we embrace socialism.”

Austin fired back, “The fact that you’re embarrassed by your country -“

Gaetz then cut him off saying, “Oh no, no — I’m embarrassed by your leadership. That is so disgraceful, that you would sit here and equate your failures with the failures of the uniformed service members”

Gaetz then added that he believed part of the problem with the failures of the military is that they were more focused on “wokeism” than strategy.

To this Austin angrily retorted, “Did it not occur to you that Russia has not overrun Ukraine because of what we have done, and our allies have done? Have you ever even thought about that?”

Rep. Matt Gaetz and Defense Secretary Lloyd Austin got into a heated exchange during a House hearing looking at the 2023 defense budget request. pic.twitter.com/MaGxHSLhjL

In addition to Gaetz’s line of questioning, some Republicans voiced concerns that the $773 billion request was too low, particularly in the current volatile international environment.

Austin is set to testify before the Senate on Thursday.

Amazon lines up satellite launches to take on Musk’s Starlink