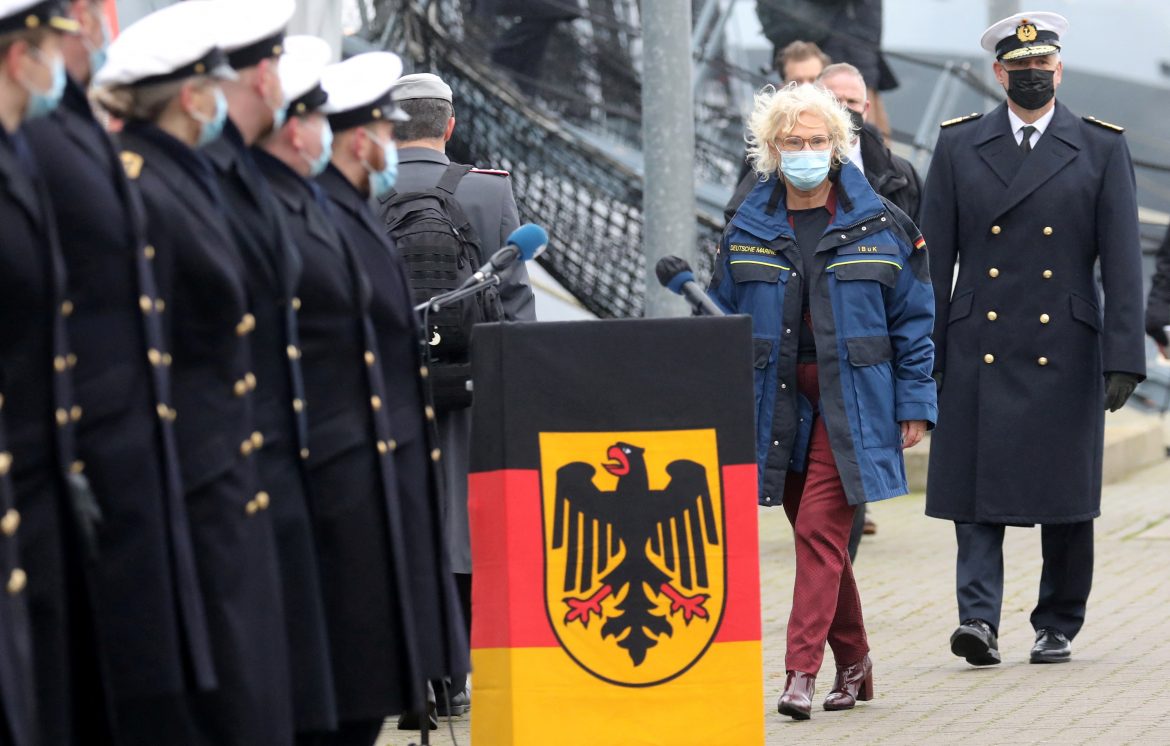 In the past two days, German political and military leaders have twice aroused criticism for their actions in relation to Russia and Ukraine.

As reported by the Wall Street Journal, on Friday Germany forbade Estonia, a NATO member and ally of Ukraine, from transferring its German-made weapons to Ukraine to help the Baltic nation defend itself in case of a Russian invasion.

With this decision, Germany broke from the trend among Western allies. Britain and Poland have already pledged to give equipment to Ukraine, and on Saturday NBC reported that the first shipment of what the U.S. deemed “lethal aid” had arrived in Ukraine.

Germany, though, not only declined to pledge support, but refused to grant permits that would have allowed Estonian weapons manufactured in Germany to be exported to Ukraine.

“Hopefully we will get the approval from Germany,” Kristo Enn Vaga, adviser to the Estonian defense minister told the Journal. “Estonia has shown that we want to help Ukraine in practical terms in any way we can”

Even without the German arms, Estonia will still send U.S.-made weapons – primarily missiles – to Ukraine. Latvia and Lithuania have made similar pledges.

“We sincerely hope that Ukraine won’t have to use these weapons,” Lithuanian Defense Minister Arvydas Anusauskas told DW.

In the U.S., the Biden Administration is facing criticism for failing to crack down hard enough on the Nord Stream 2 pipeline, which would deliver from Russia to Germany and could prove a powerful tool were Russia to wish to leverage German acquiescence on geopolitical matters.

Last week, despite having previously warned Russia of serious economic repercussions, Senate Democrats defeated a bill proposed by Sen. Ted Cruz (R-Texas) that would have forced sanctions on the company building the Nord Stream 2.

The bill carried the support of a handful of Senate Democrats, including Sen. Mark Kelly of Arizona and Sen. Raphael Warnock of Georgia, but failed to reach a 60-vote threshold by five votes.

“Only immediately imposing sanctions can change Putin’s calculation, stop a Ukrainian invasion, and lift the existential threat posed by Nord Stream 2,” Cruz said at the time.

Most Democrats have instead rallied in support of a bill authored by Sen. Bob Menendez (D-N.J.), a piece of legislation that would levy massive sanctions against Russia after an invasion. This bill has not yet been approved by the Senate and, according RollCall.com, might not succeed in time to serve as a deterrent to Russian President Vladimir Putin.

For its part, Germany has indicated it will halt the pipeline were Russia to invade Ukraine, but this threat has not yet been put into writing or practice.

In the meantime, a senior member of the German navy was forced to resign Saturday after he called worries of a Russian invasion “nonsense” and claimed Putin merely wanted “respect.”

As reported by The Guardian, vice-admiral Kay-Achim Schönbach told a think tank in New Delhi, “And my God, giving someone respect is low cost, even no cost … It is easy to give him the respect he really demands – and probably also deserves.”

While these remarks caused a stir among international observers, it was a different remark, one in which he intimated the Crimean Peninsula was lost to Russia forever, that truly spelled his professional demise.

In saying that the West should accept that the parts of Crimea Russia annexed in 2014 were not likely to return to Ukrainian rule, Schönbach officially contradicted a long-held stance by the West.