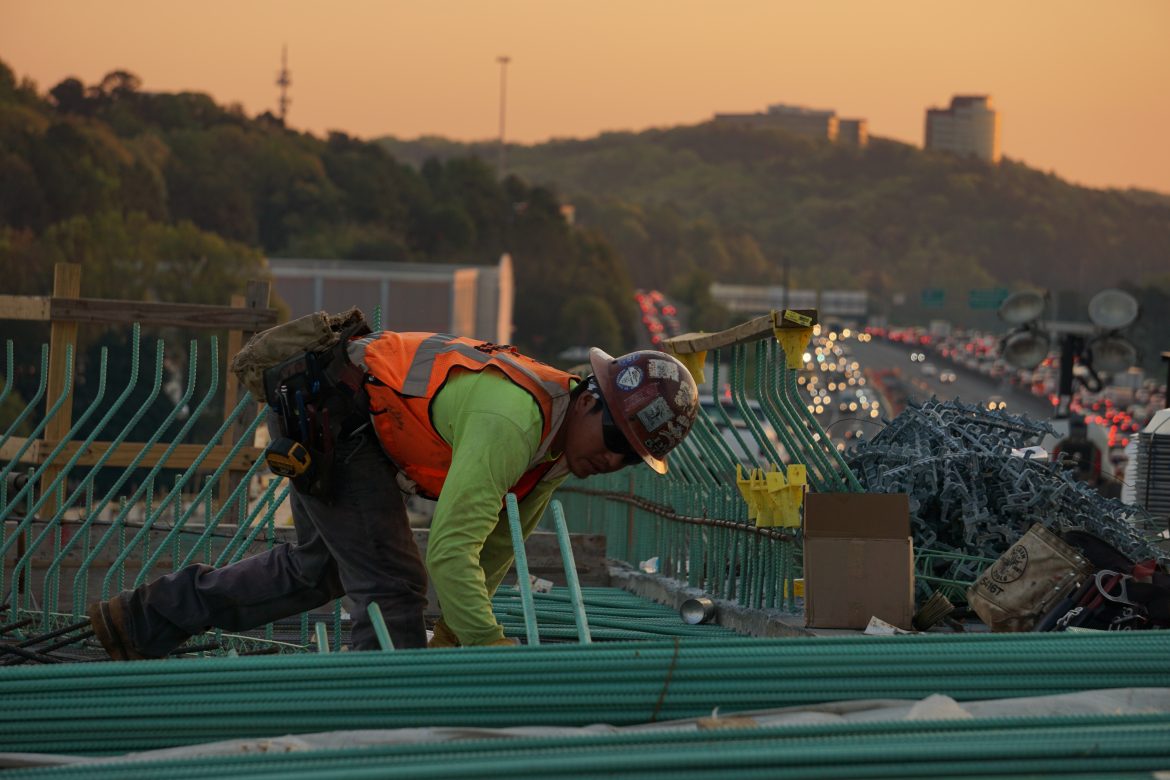 The governors of 16 states have sent a letter to the White House opposing an executive order that they say would effectively allow unions a monopoly on federal projects. The order requires government-mandated project labor agreements (PLAs) for taxpayer-funded construction contracts of more than $35 million.

Executive Order 14063 was signed into law in February and allows for collective bargaining agreements for project-specific negotiations to give union contractors public works contracts. The order states, “Agencies shall require every contractor or subcontractor engaged in construction on the project to agree, for that project, to negotiate or become a party to a project labor agreement with one or more appropriate labor organizations.”

The governors were led by Govs. Bill Lee of Tennessee and Asa Hutchinson of Arkansas who claim that the government is playing “partisan politics” with by giving large federal government projects to unions, robbing non-union businesses of the chance to gain the business.

The letter said, in part:

We call on you to be equitable in your treatment of America’s construction workers whether union or nonunion. In short, the aforementioned policies will undermine taxpayer investment in billions of dollars of forthcoming public works projects financed by the Infrastructure Investments and Jobs Act of 2021 and additional bipartisan legislation passed by Congress, all of which was signed into law free from language requiring or encouraging the use of PLAs.

We ask that the Office of Management and Budget––along with respective federal agencies charged with implementation, grant programs, draft regulations, and guidance related to legislation funding infrastructure projects––afford states and localities maximum regulatory flexibility free from anti-competitive and costly pro-PLA policies. Doing so will deliver more value to taxpayers and create opportunities for all—including small, minority-owned, and women-owned—businesses and workers in the construction industry to compete to build America.

In addition to other negative effects pointed out by the governors, the order effectively reduces the competition between union and nonunion construction firms and workers, which adds to the stress caused by the labor industry’s skilled labor shortage, according to a report by The Federalist.

According to an Associated Builders and Contractors (ABC) report, the order will “reward well-connected special interests at the expense of hardworking taxpayers and small businesses who benefit from fair and open competition on taxpayer-funded construction projects.”

The ABC report also states that the order will likely result in fewer infrastructure improvements, as it will “increase construction costs by 12% to 20%” and “discourage the 87% of the industry that chooses not to join a union from participating in taxpayer-funded construction.”

Public-sector unions are known to be the top contributors to federal candidates and parties, the large majority of which goes to Democrat candidates and causes. In light of this, the Republican governors claim in the letter that the order is putting “partisan policies into infrastructure.”