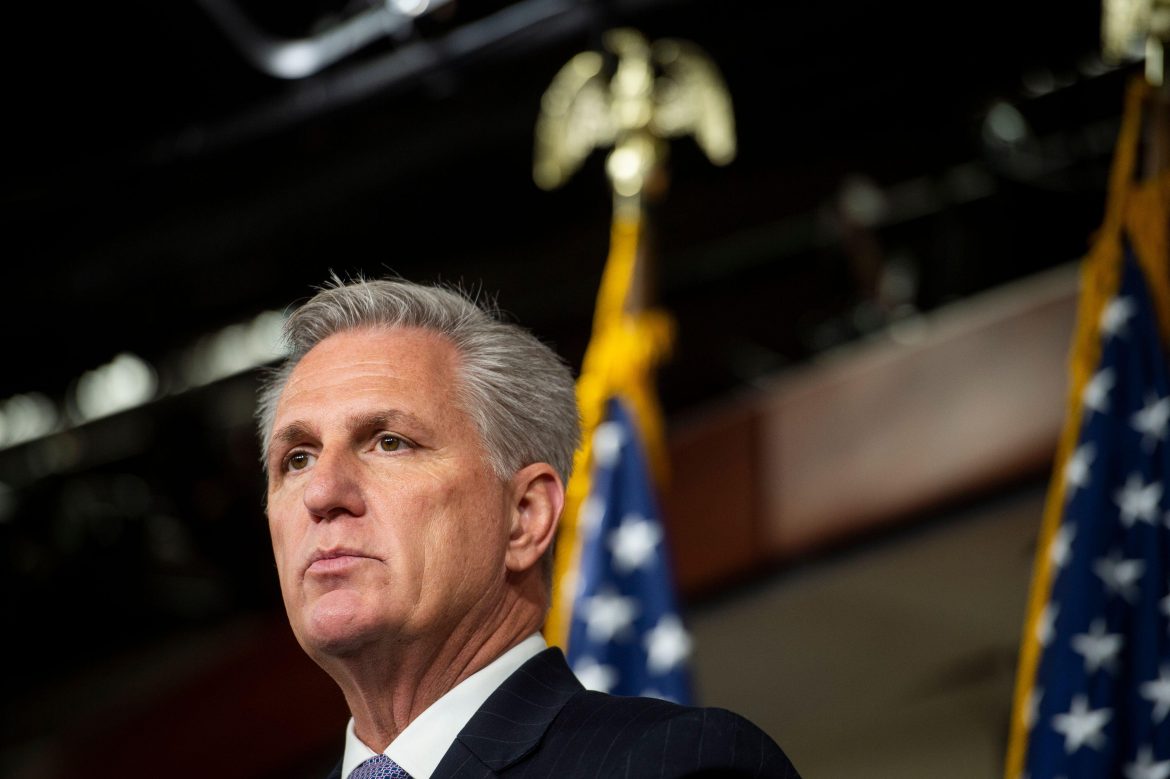 The GOP has an extensive list of oversight investigations to pursue if they take back the House in the midterms, including the origins of COVID-19, the withdrawal from Afghanistan, and Hunter Biden’s foreign business dealings, among others.

McCarthy and House Administration Committee ranking member Rep. Rodney Davis of Illinois on Tuesday emailed an invitation titled “Oversight Education Series: Investigations 101” to staffers announcing a series of “informational briefings(s)” the first of which is scheduled for July 22. Briefings will also take place on Sept. 8 and 26.

“This briefing will review the basics of performing effective oversight investigations and will highlight best practices to fulfill Congress’s Constitutional oversight obligations,” a portion of the email reads.

A source with intimate knowledge of the GOP’s plans said the House also plans to investigate the Biden administration’s handling of the pandemic, including school closings and efforts to downplay natural immunity. The Joint Enterprise Defense Infrastructure (JEDI) contract at the Department of Defense (DOD) is also on the list of topics to be investigated.

GOP Reps. Jim Jordan (Ohio) and James Comer (Ky.) have been tapped to head the Oversight and Judiciary committees, respectively, and will lead the investigations. The Congressmen penned a joint op-ed published by the New York Post on July 1 about investigating Hunter Biden’s influence peddling connected to his foreign business ventures and the Biden administration’s campaign with Big Tech to bury the story ahead of the 2020 presidential election.

Republicans have already laid the groundwork for oversight investigations through the issuance of “hundreds of preservation notices throughout different parts of the Biden Administration,” with more to come, according to a Republican Oversight Committee aide who spoke with the Caller.

“We’re just getting ready. We keep conducting oversight … We’ll be ready to roll in January with several investigations already prepared to go,” the aide added.

Another senior GOP aide told the Caller that preparation for a Republican majority will likely “kick into full gear once August recess rolls around.”

“Everything will be on the table, including the possible impeachment of multiple cabinet officials,” the aide said, specifically referencing Homeland Security Secretary Alejandro Mayorkas and Attorney General Merrick Garland.

Meanwhile, the Biden administration has been preparing its defense for potential investigations for months, if not longer, according to an article published by The Washington Post in April.

“Senior officials have begun strategizing on how various White House departments, especially the counsel’s office, may be restructured to respond to an onslaught of investigative requests if Democrats lose control of the House or the Senate in November’s midterm elections, as many in both parties expect,” The Post reported, adding that the White House has been adding staffers to assist with responses to GOP-led probes.

Twitter sues Elon Musk to hold him to $44 billion deal