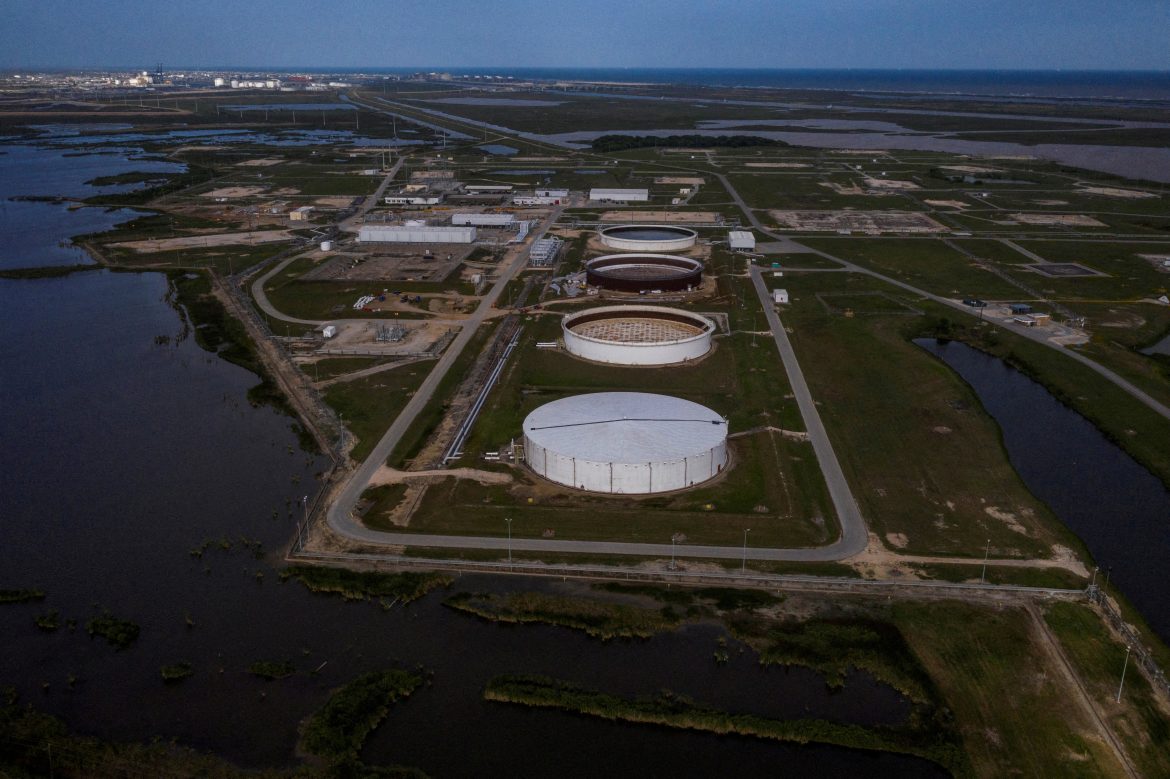 A group of Republican lawmakers introduced legislation that would prevent the Biden administration from selling oil reserves to adversarial nations like China.

“At a time of skyrocketing inflation and record gas prices, and with [the Strategic Petroleum Reserve] drained to its lowest level since 1986, it is reckless and inexplicable that President Biden would allow oil from the Strategic Petroleum Reserve to be exported to China,” Sen. Ted Cruz (R-Texas) stated in a press release introducing the No Emergency Crude Oil for Foreign Adversaries Act.

“This practice poses a direct threat to American national security, not least of all because the Chinese Communist Party is currently stockpiling oil for strategic use, and the Biden administration is aiding their effort,” Cruz continued.

Sen. Hawley sent a letter to Department of Energy (DOE) Inspector General Teri Donaldson on Wednesday calling for an investigation into Biden’s “ongoing release of oil from the Strategic Petroleum Reserve (SPR) to foreign competitors, including China.”

The Missouri senator pointed out that more than 5 million barrels of oil have already been shipped overseas to U.S. competitors in Asia and Europe, citing a recent Reuters report.

“While Americans are paying record gasoline and diesel fuel prices, the Biden administration appears to have been letting our strategic oil stockpiles flow to foreign countries and entities,” Hawley wrote. “Critically, the American people deserve answers as to how exactly the Department justified sending oil from the SPR to China. DOE’s recent transfer of nearly one million barrels of oil to UNIPEC is just one concerning example.”

Hawley demanded an explanation from Donaldson as to whether the Energy Department “has any internal controls in place to prevent the transfer of oil to countries like China and to quantify exactly how many barrels of oil ultimately served foreign markets.”

“President Biden crushed American energy production and then sold our strategic oil reserves to China, all while claiming to care about the high prices Americans were paying at the pump. This should never have been allowed to happen. Congress must pass legislation to ensure it doesn’t happen again,” Hawley continued, adding that the proposed legislation would prevent future SPR sales to China, Iran, North Korea, and Russia.

The bill would also permit waivers for national security purposes and force the DOE to report the destination of oil exports from SPR auctions.

Lankford said President Biden is “outrageously selling” oil from the Strategic Petroleum Reserves to foreign adversaries at a time when gas and diesel prices are at an all-time high.

“This is absolutely unacceptable. We should help American families afford gas and groceries by increasing domestic production, rather than handing over our emergency reserves to bad-actor nations,” Lankford said.

Echoing his colleague’s frustration, Sen. Kennedy pointed to the Biden administration’s 2022 National Defense Strategy, which referred to China as America’s “most consequential strategic competitor and the pacing challenge for the Department.”

“Selling off American oil to countries that hate us undermines the security that the oil reserve is supposed to deliver, and we can’t let it happen again,” Kennedy said in a press release.

“I am continually disappointed with President Biden’s inability to lead and his plan to allow the export of Strategic Petroleum Reserve oil to China is yet another irresponsible decision on his part,” Kennedy said.

“We should be holding the Chinese Communist Party accountable for their actions, not assisting them in their efforts to stockpile oil as another means to challenge the United States and our allies.”