GOP pumps brakes on predictions of a ‘red wave’ in November 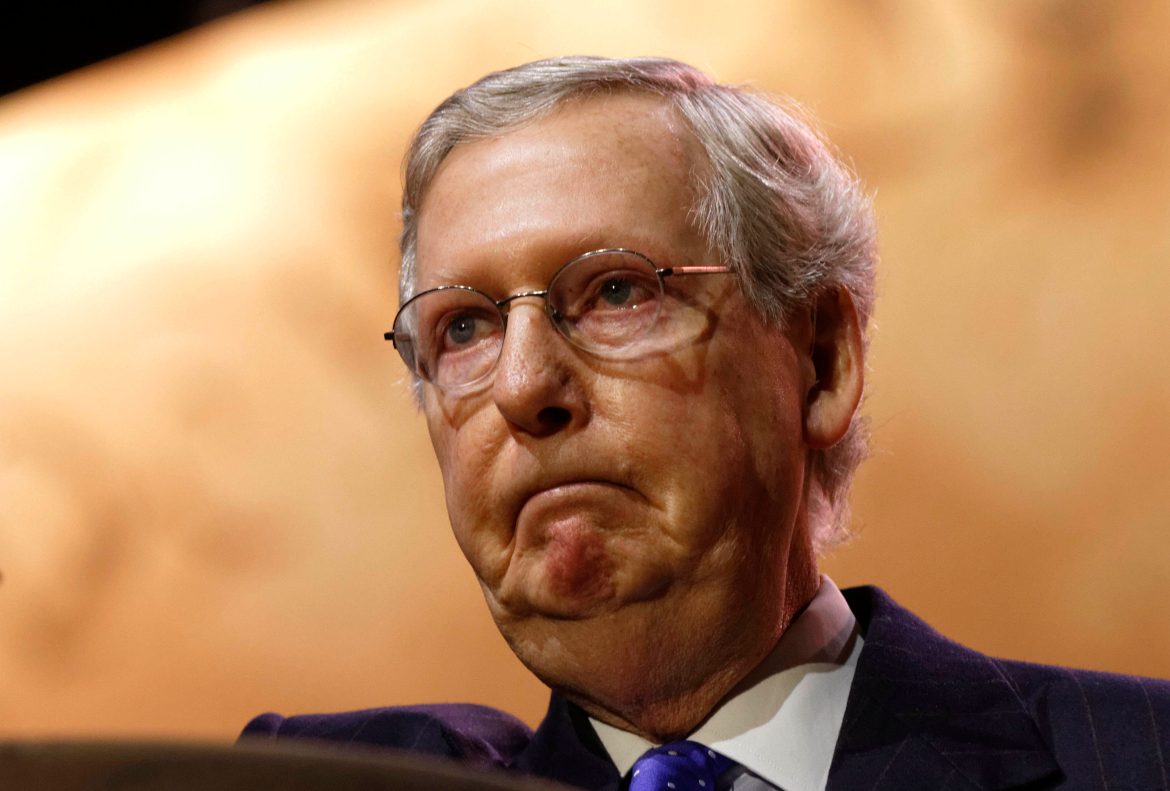 Following more than a year of bipartisan speculation that the Grand Old Party could gain majorities in both chambers of Congress this fall, Republicans are now sounding the alarm that a GOP majority is “not guaranteed.”

For months, pundits and lawmakers from both sides of the aisle have predicted a “red wave” in the November midterms. Persistently low poll numbers for President Joe Biden, record-high inflation and gas prices, an unprecedented crisis at the southern border, and until recently, Democrats’ inability to pass any significant legislation are all reasons for the predictions that Americans will go to the polls looking for a regime change.

Many have also recognized that some voters, especially Republicans, still carry a grudge over the Biden administration’s botched Afghanistan withdrawal in 2021. Recently, however, some Republican senators have been hinting that the general elections may prove more challenging than previously expected.

The shift in messaging from the GOP follows a spate of significant victories in recent weeks for the Biden administration that have boosted Democrats’ hopes of giving the GOP a run for its money come November. The President finally accomplished a major piece of his agenda this week with the passage of the “Inflation Reduction Act,” a revised version of the climate, taxation, and spending package Democrats have tried to pass since early 2021.

Democrats’ $280 billion chip-funding bill also cleared both chambers, with bipartisan support, the week prior. Add to that the success of U.S. counterterrorism forces in killing Osama bin Laden’s second in command and the ongoing upheaval surrounding the repeal of federal abortion rights – the latter of which has become a key focus in Democrats’ midterm messaging – and Democrats’ chances are looking much better than they did just a few weeks ago.

Senate Minority Leader Mitch McConnell (R-Ky.) appeared to signal the first alarm of trouble for the GOP in a Fox News interview on Aug. 4, The Hill reported.

I think it’s going to be very tight. We have a 50-50 nation. And I think when this Senate race smoke clears, we’re likely to have a very, very close Senate still, with us up slightly or the Democrats up slightly.

The comments marked a shift in tone for McConnell, who earlier projected his party would do “extremely well” in the midterms, citing Biden’s sagging approval ratings and the fact that a president’s party historically loses seats midway through his first term in office.

“There’s been a lot of curtain-measuring on the House side and if Republicans take back the House but it’s by a small margin and they manage to hold onto the Senate even if it’s by one vote, that could cast how we view the election…and depending on where expectations get set you could have a good night that’s defined as a bad night,” Heye said.

Two recent polls may also reflect trouble for the GOP. Arizona Senate candidate Blake Masters and Ohio Senate candidate J.D. Vance both appear to be losing ground in their respective Senate races, according to a report by Red State. The outlet also noted that polling in the Pennsylvania Senate race shows Democrat John Fetterman with a 17-point advantage over Republican candidate Mehmet Oz.

Another factor that may have contributed to the new expectation management messaging is recent primary elections that have seen candidates endorsed by former President Donald Trump take the party’s nominations, thanks in part to a controversial campaign undertaken by Democrats in several states to promote Trump’s picks, whom they view as less of a threat in the midterms. Some states even saw Democratic voters switch parties for the sole purpose of voting for Trump-backed candidates.

Senator Rick Scott (R-Fla.) was more blunt in his assessment, telling CBS’ “Face the Nation” that it’s “going to be a hard year” for Republicans, though he endeavored to insert a less-than-convincing word of hope.

“We have 21 Republicans up, only 14 Democrats…The Democrats are outraising us, but we have good candidates. And I believe Joe Biden is going to be our key here,” Scott said.