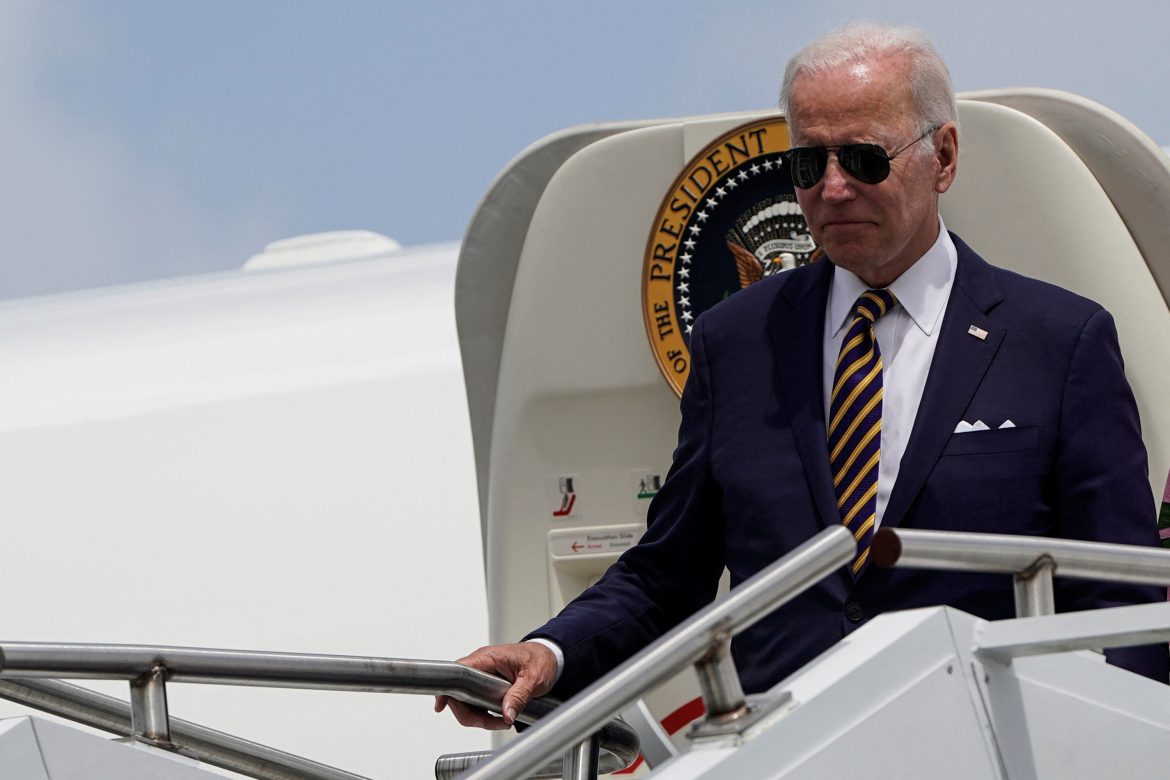 “Today, we received news that our economy had zero percent inflation in the month of July. Zero percent,” President Biden said. “Here’s what that means: while the price of some things go up, went up last month, the price of other things went down by the same amount. The result: zero inflation last month. People are still hurting, but zero inflation.”

Biden: "Today we received news that our economy had zero percent inflation in the month of July. ZERO percent." pic.twitter.com/LqJaPe1sBQ

White House Press Secretary Karine Jean-Pierre mirrored Biden’s comments in a tweet. “We just received news that our economy had 0% inflation in July,” she wrote. “While the price of some things went up, the price of others, like gas, clothing, and more, dropped.”

Jordan Boyd reported in the Federalist that while the overall CPI dipped from June to July, prices for essential products – like groceries and electricity – still increased.

Despite the media and White House’s insistence that the economy is finally ‘cooling off’ because the consumer price index came down slightly from the 9.1 percent recorded in June, Americans still paid more in July for groceries, prices for which rose by 1.1 percent since June and 10.9 percent since July 2021, and electricity, which is up 1.6 percent since the previous month and 15.2 percent since last year.

North Carolina Senator Tim Scott noted the Democrats’ attempt to spin the facts in their favor.

President Biden can try to spin it however he wants, but the American people know that today’s inflation report is bad news.

House Minority Leader Kevin McCarthy observed that the price of gas, airfare, and groceries have all increased.

President Biden just said “our economy had zero percent inflation in the month of July.”

While you continue to pay for his failures, Biden owes the American people the truth about inflation. pic.twitter.com/RucTHkSksG

“We need to pass the Inflation Reduction Act right away. That’s the most consequential thing that Congress can do to keep our progress from, on inflation from…from getting better…from getting worse, keep it moving in the right direction,” Biden said.

The Inflation Reduction Act, which some analysts say will do little to bring down inflation, passed the Senate 51-50 on Sunday along party lines with Vice President Kamala Harris providing the tie-breaking vote.

House Speaker Nancy Pelosi says the House will pass the legislation on Friday, according to Reuters.

GOP pumps brakes on predictions of a ‘red wave’ in November