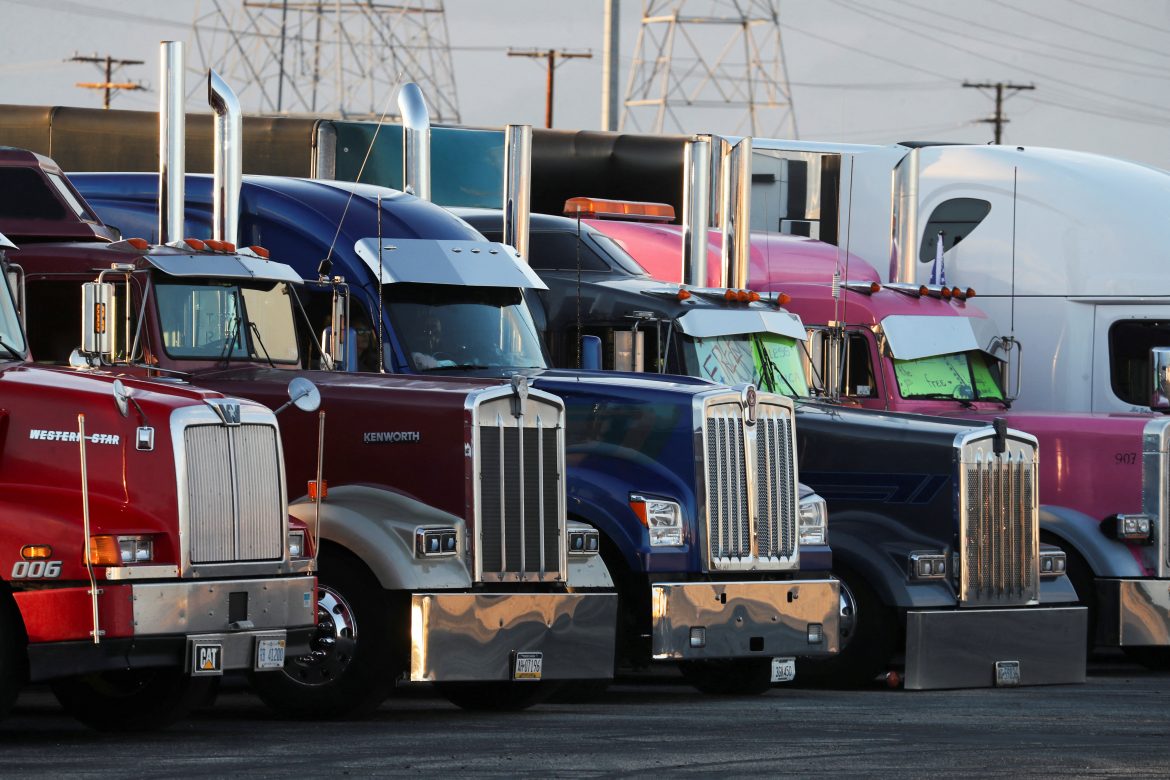 A group of Republican senators introduced the Terminating Reckless and Unnecessary Checks Known to Erode Regular Shipping (TRUCKERS) Act on Wednesday that would eliminate the proof of vaccination requirement for truckers who are seeking to temporarily enter the United States from Canada or Mexico.

According to Fox News, “The proposed legislation comes as a convoy of American truckers is slated to make its way toward Washington, D.C., in time for President Biden‘s State of the Union address in March.” Senators Marco Rubio of Florida, Rick Scott of Florida, Marsha Blackburn of Tennessee, Mike Braun of Indiana, Kevin Cramer of North Dakota, Josh Hawley of Missouri, John Hoeven of North Dakota, Mike Lee of Utah, and Roger Marshall of Kansas were the Republicans who introduced the bill.

In regard to the bill, Marco Rubio said, “The Biden administration’s decision to impose a vaccine mandate on cross-border truckers transporting goods to and from Americans makes zero sense. Our bill will put an end to this craziness, help relieve the ongoing supply chain crisis, and restore freedom for North American truckers.” Rick Scott mentioned that his own father was a truck driver and echoed Rubio’s statement by saying, “truck drivers are the backbone of America’s economy.”

The TRUCKERS Act was filed one month after the Department of Homeland Security’s (DHS) COVID-19 vaccine mandate for all foreign travelers entering the U.S. became effective Jan. 22. DHS Sec. Alejandro Mayorkas, while announcing the mandate, said, “Starting on January 22, 2022, the Department of Homeland Security will require that non-U.S. individuals entering the United States via land ports of entry or ferry terminals along our Northern and Southern borders be fully vaccinated against COVID-19 and be prepared to show related proof of vaccination.”

While Mayorkas called the new travel requirements a “commitment to protecting public health while safely facilitating the cross-border trade and travel that is critical to our economy,” many Republicans disagree.

Rick Scott said, “President Biden’s inflation and supply chain crises are devastating so many Americans, especially our poorest families like mine growing up. By pushing these ridiculous mandates, he is only making things worse.”

Some on the left see a double standard between many Republicans’ desire to “punish protesters who blocked roads” during the racial justice protests following the murder of George Floyd while supporting similar tactics from conservative truck convoys. An article in The Guardian mentions when Ron DeSantis signed an anti-rioting law to stiffen penalties for protesters who blocked roads and trying to extend “stand your ground” laws to include drivers who unintentionally killed or injured protesters disrupting traffic.

The article states, “DeSantis has thrown his support behind conservative trucker convoys using similar tactics to protest against vaccine mandates that for weeks have blocked roads between Canada and the US, stalling trade between the two nations and leading to disruptions to the global supply chain.”

After reading the bill in its entirety, and at the time of the writing of this article, it is unclear when or if any Republican Senator involved in this bill ever backed the blocking of streets by protesters or truck convoys. The Bill, instead, is focused completely on the vaccine mandate introduced on January 22 and rescinding that requirement to help fix the supply chain issues that have plagued this country for the past two years.