Haitian migrants being released into America amidst chaotic expulsion effort 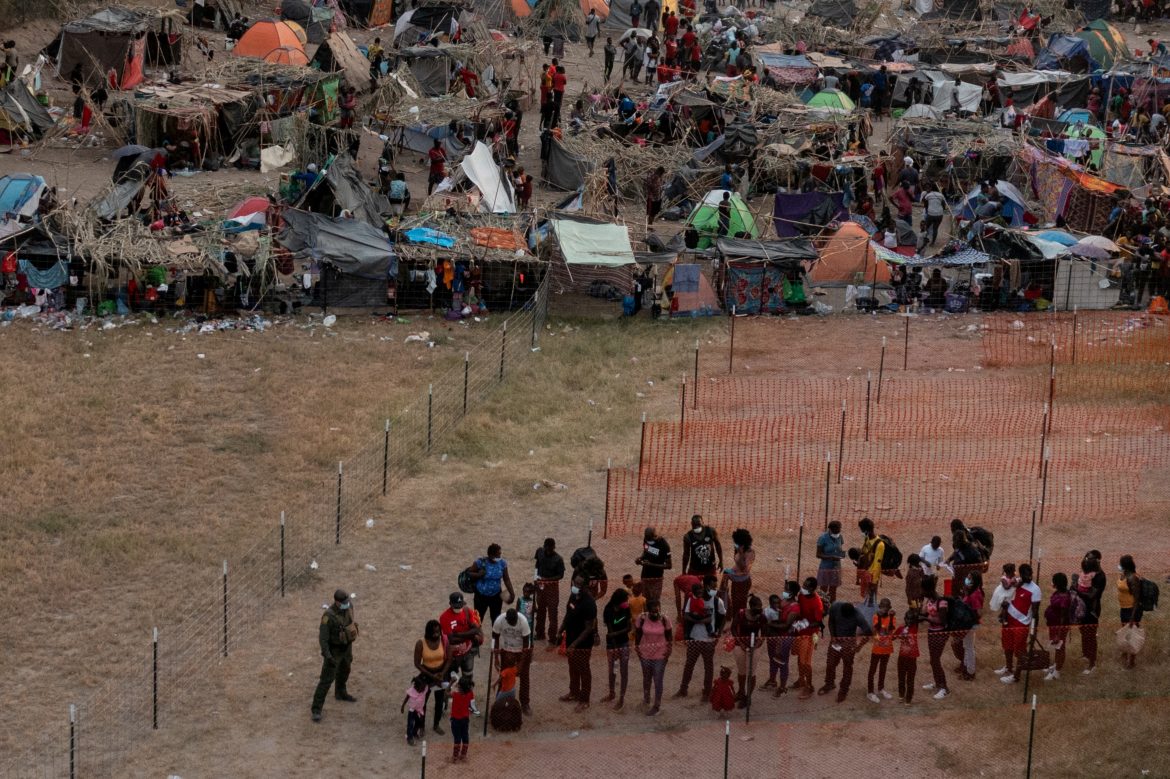 Border officials have released hundreds to thousands of Haitians into the U.S. despite President Biden’s orders to the contrary according to a report from the AP.

According to two anonymous border officials, a “very, very large” number of migrants sleeping beneath the bridge in Del Rio, Texas are being allowed to enter the country with a notice to return to the border in 60 days. This goes against the White House’s previous statements that the Haitians would instead be flown back to Haiti.

Independent journalist Ali Bradley shared images of Haitians who were being flown to various locations across the U.S. yesterday, seemingly confirming the reports from the border officials:

While I was boarding my flight out of Texas, I talked with migrants, all from Haiti getting ready to head to: Florida (Orlando), New York, and Maryland.

Baby Mateo was born 5 days ago in Del Rio.

I asked permission to take these photos 👍🏼 pic.twitter.com/GvGe1nbAR9

On Sunday, the US began employing expulsion flights, returning Haitian migrants to their home country. Over 500 migrants have been flown away from the Mexico/U.S. border as of yesterday, despite pleas from the Haitian government to suspend the effort due to their inability to deal with those who are being returned. Still, the flights have done little to deal with the large scale crisis that Biden is currently facing, with still nearly 7,000 migrants crowded in the Del Rio border camp. Many migrants have crossed back to Mexico due to lack of food and inhumane conditions.

NEW: This is what it looks like under the international bridge in Del Rio this morning. Latest numbers as of 6 AM.

Biden has received pressure from a variety of fronts for his inaction and apparent lack of a plan at the border. 26 governors recently wrote a letter to Biden saying that immediate action is needed to deal with a crisis that “now extends beyond [the border] to every state.” Those on both sides of the aisle are calling out the president for the inhumane treatment of those who are stuck at the border.

Republicans are by and large urging Biden to employ more strict border policies to deter people from coming and create a more systematic process for those seeking entry. Democrats, specifically progressives, are demanding that Biden create more lax border regulations, allowing immigrants to both enter the country more easily and to not hold those who enter illegally accountable.

Concerns were also raise over images of patrol agents on horseback using their reigns to whip those trying to cross over the Rio Grande River. The DHS announced that they have opened an investigation into the matter and the White House has said that those in the photos have been removed from front-line duties.

The reports of Haitians now entering the country further highlights the chaos that is happening at the border, showing a break down in communication between the White House and those on the ground. Homeland Security Secretary Alejandro Mayorkas had said on Monday, “If you come to the United States illegally, you will be returned, your journey will not succeed, and you will be endangering your life and your family’s life.” Yet, the reality of the situation on the ground puts this statement in question.

It appears that now that both strategies are being employed simultaneously – some Haitians are being allowed to enter the country, while others are being flown back to their home country. According to reports from a border patrol agent, family units and those who claim they are pregnant are being allowed into the U.S., while single adults are continuing to be expelled.