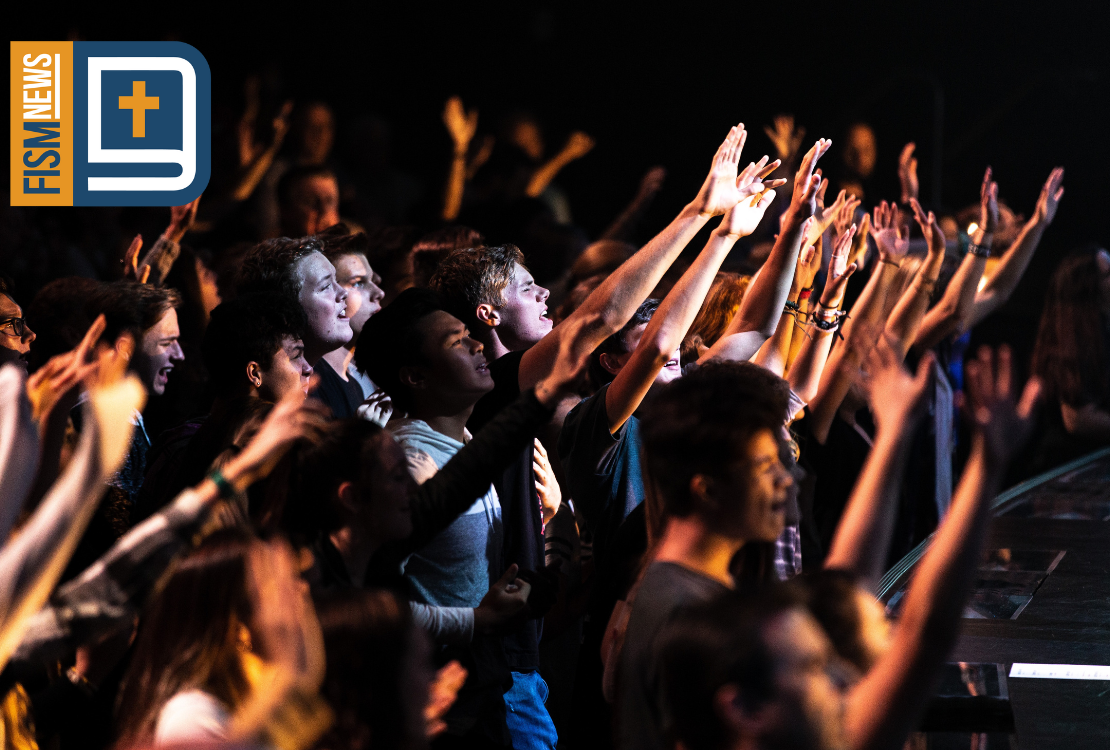 Multitudes flocked to the SoCal Harvest Crusade on Nov. 5-6 for fellowship, worship, and to hear the gospel delivered by the popular evangelist Greg Laurie, with thousands of those in attendance coming to saving faith in Christ for the first time .

His warm, non-judgemental approach over the years has been a hallmark of his ministry and teaching. At the event, attended by more than 50,000 people over two days, an astounding 8,667 attendees made commitments to follow Jesus Christ, according to event organizers.

The Harvest Crusade was established in 1990 by Pastor Laurie as an effective way to spread the good news of Jesus Christ to individuals who might not necessarily be inclined to go to a church. The Southern California crusades are often held, appropriately enough, at Angel Stadium in Anaheim, California.

The phenomenon has repeated itself countless times over the past 32 years as more than 6 million people have attended the crusades and more than 600,000 have professed faith in Christ there.

“We have seen God change lives over the years in supernatural ways. Marriages are healed, addictions are overcome, suicidal people are given new hope, and the list goes on,” Laurie wrote in an article for the Christian Post. “But the most important thing for all those who have prayed to ask Jesus into their life down on that field after the invitation or altar call, as it is sometimes called, is this: their eternal address changed from Hell to Heaven.”

You would think that after three decades of crusades the popular preacher might be winding down, but Laurie is still answering God’s call to evangelize. When asked why he is still putting on these events after all these years, he replied, “Because of the power of the Gospel.”

Greg Laurie turns 70 in December yet vowed to continue holding crusades. He explained:

I had the privilege of spending a lot of time with Billy Graham toward the end of his ministry. I attended and helped him with his message preparation and had a front-row seat to watch the greatest evangelist of modern times. It’s as though I enrolled in the finest evangelistic university on earth.

He continued, “Billy kept preaching the Gospel well into his 80’s. I figure, God willing, there are many more people to reach. So as long as I have breath, I will preach the Gospel.”

Greg Laurie’s philosophy on spreading the word of God is simple and it is found in Romans 10:14. The Apostle Paul addressing believers in Rome writes,

Unfortunately, we as humans, including believers, often look to our differences more than to the things that unite us. The church and too easily be divided over the issues about which we disagree, rather than being united over those crucial truths and missions that we have in common.

Maybe you disagree with Greg Laurie on certain theological issues, or maybe Laurie is someone who you admire deeply. Maybe you don’t particularly care for the Newsboys or Crowder’s style of music, or maybe you’re the first one in the front row when they come to town. Either way, there is a greater work that is at play here than preference or minute theological differences.

When Paul saw division within the church at Corinth, he wrote to the people,

No matter your denomination, theological stance, or musical preferences, we as Christians should seek the unity of the Church. We should rejoice when we see souls saved by grace as new believers put their faith in Christ.

While all believers should continually examine the Scripture and develop a well-informed theology, we must remember to keep the essential things (ie. inerrancy of Scripture, salvation by faith alone, etc.) at the forefront. We should put aside minor doctrinal issues and work alongside other believers we have differences with to bring the gospel to a lost world.

In a culture that is increasingly secular and sinful, the salvation of thousands and their congregation with thousands more in the acts of worship and prayer is truly an occasion for all believers to rejoice. For Christ said,

I say to you that likewise there will be more joy in heaven over one sinner who repents than over ninety-nine just persons who need no repentance. – Luke 15:7.