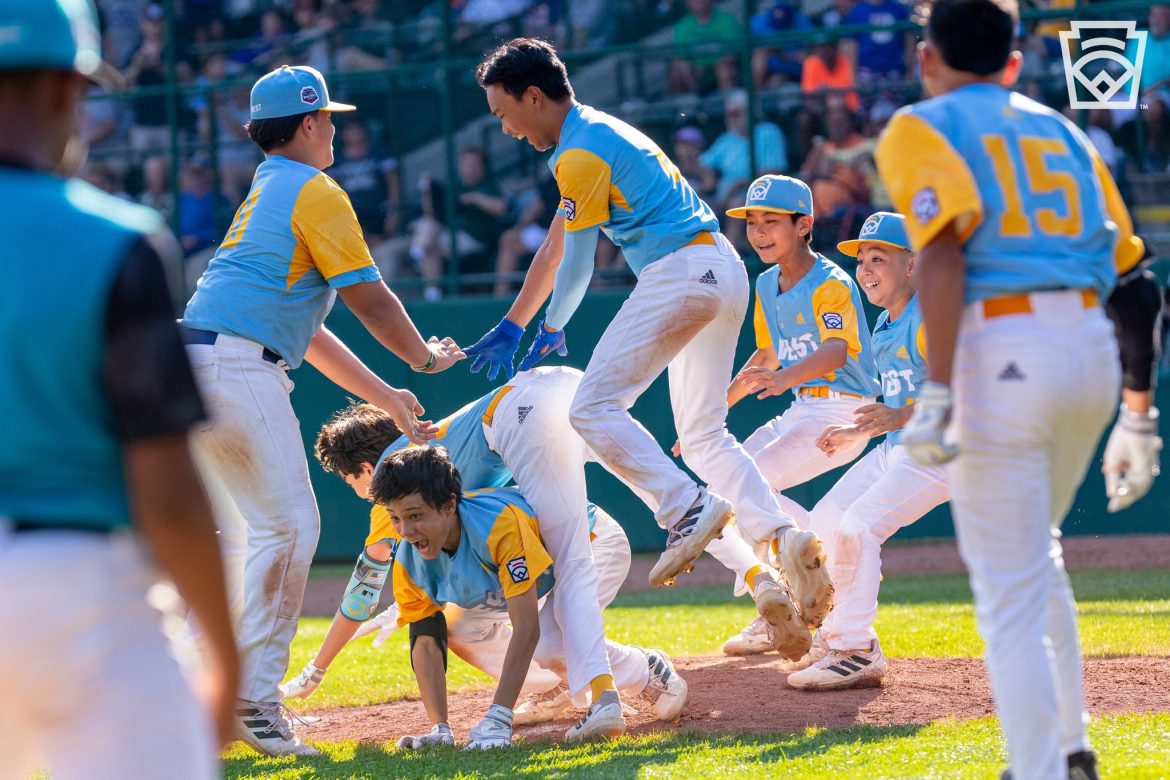 A dominant squad of youngsters from Hawaii captured The 2022 Little League World Series title with a 13-3 walk-off, mercy-rule victory over Curaçao on Sunday afternoon in Williamsport, Penn.

The U.S. representatives in the LLWS Championship jumped out to a big first inning thanks to back-to-back home runs from Kekoa Payanal and Kama Angell. The Honolulu squad piled on the runs and won the game in the bottom of the fourth when Angell drove home Esaiah Wong on a walk-off single to left field.

Per Little League rules, the game ends if one team is beating another by at least 10 runs at the end of the 4th inning of a 6-inning game.

In one of the most impressive runs in recent memory, Hawaii outscored opponents 60-5 on their way to the state’s fourth Little League Championship. ESPN reported that this particular Little League team from Honolulu avenged a third-place finish last year to capture the state’s first title since 2018.

We’re fortunate that everything clicked at the right moment. I’m very grateful that these kids played loose and relaxed. After 2018, I thought the next time I came to Williamsport was going to be as a spectator. I never thought in my wildest dreams I’d be back in 2022 coaching a team.”

Manager Zaino Everett of Curaçao remained gracious in defeat as his youngsters tried to bring the country its second-ever title and first since 2004. He said,

I’m so proud of these guys. We are a champion and the second team in the whole world. Nobody expected us to be here.

The international champions made a valiant effort to even get to the title game, winning five elimination contests before the loss to Hawaii.