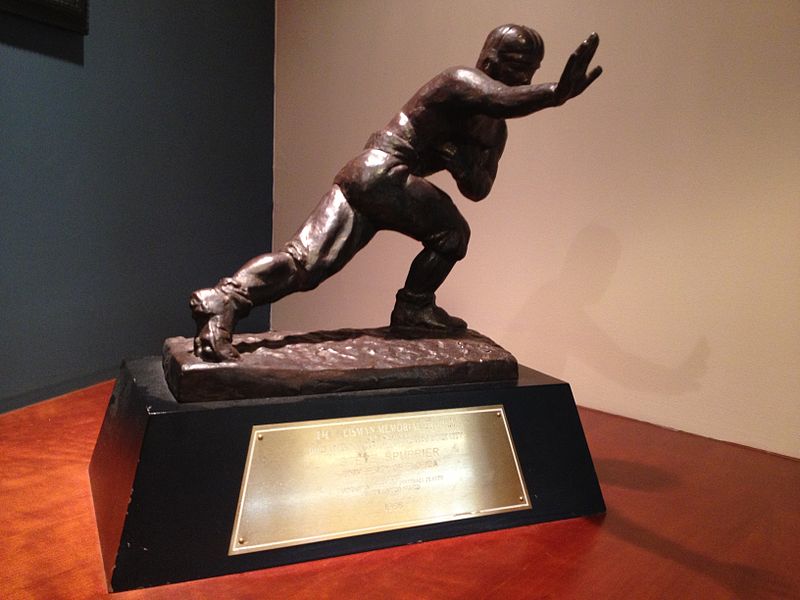 The 2021 college football Heisman Trophy award, given to the most outstanding player in the NCAA throughout the season, was announced over the weekend. Bryce Young, quarterback for the perennial powerhouse Alabama Crimson Tide, took the prestigious award in a year in which his team is making yet another National Championship run. Young won with 2,311 points, more than 400 points ahead of runner-up Aidan Hutchinson, defensive end for the Michigan Wolverines.

Upon reception of the most prestigious personal award for a college football player, Young made sure to give praise to Jesus Christ. He is an outspoken Christian, and he did not to let an opportunity go by to give praise to God in front of a large audience.

He opened his acceptance speech with these words:

This is amazing. First and foremost, I’d like to thank my Lord and Savior Jesus Christ. Without Him I couldn’t be here. And through Him all things are possible.

He continued, highlighting the necessity for perseverance in success:

People a lot of times have told me that I wasn’t going to be able to make it. And for me, it’s always been about, not really proving them wrong but proving to myself what I can accomplish. I’ve always pushed myself to work the hardest, and I try my best to do all I can to maximize all that I can do. And thanks to the people around me and through the grace of God, I’ve been able to make it here, and I’m truly grateful for that.

Young’s Crimson Tide captured the top seed in this year’s upcoming college football playoff with a 12-1 record. They will face off against the No. 4 Cincinnati Bearcats on Dec.  31 for a chance to play in the National Championship. The winner of this game will face the winner of the matchup between the No. 3 Georgia Bulldogs and No. 2 Michigan Wolverines.

Switzerland’s medical board approves use of “assisted suicide pods”