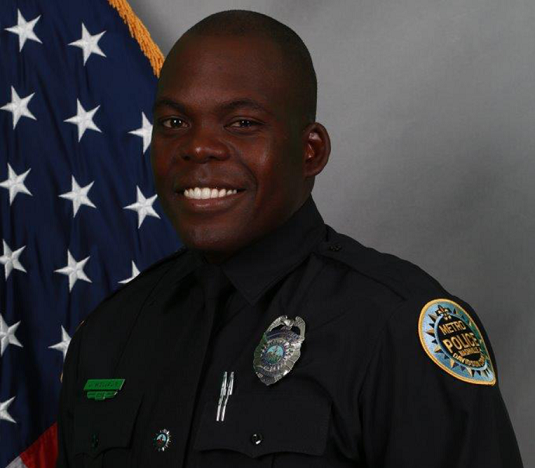 The bomb that rocked the heart of America’s country music capital on Christmas morning had a different ending for one police officer due to “God’s leading.”

The explosion, which emanated from an RV parked in downtown Nashville, injured three people and damaged more than 40 businesses including an AT&T switching center, disrupting mobile, internet and TV services across central Tennessee and parts of four other states.

Federal investigators say that Anthony Quinn Warner was responsible for the bombing and was the only individual to die in the blast. Authorities were able to recover DNA evidence as well as a vehicle identification number from the RV which was registered to Warner.

The motive for the bombing is still unknown.

The bomb could have had resulted in many more deaths if it were not for five Nashville police officers who sprung into action minutes before the explosion. Officers James Wells, Amanda Topping, James Luellen, Brenna Hosey and Michael Sipos went door to door evacuating residents in response to a warning message that was resounding from a loudspeaker on the RV.

One of the responding officers, James Wells, credits God for being able to spend Christmas with his wife and kids. Wells walked away from the RV seconds before the bomb detonated. When asked why he decided to change course, Wells responded, “That was God. I’m not going to shy away from that. This might not be politically correct, but this is my truth, I literally heard God tell me to turn around and go check on Topping, who was by herself down on Broadway.”

He added that “I truly believe that when I do this job I’m led by that voice. How I treat people, how I go about doing this job every day, that’s what guides me.”