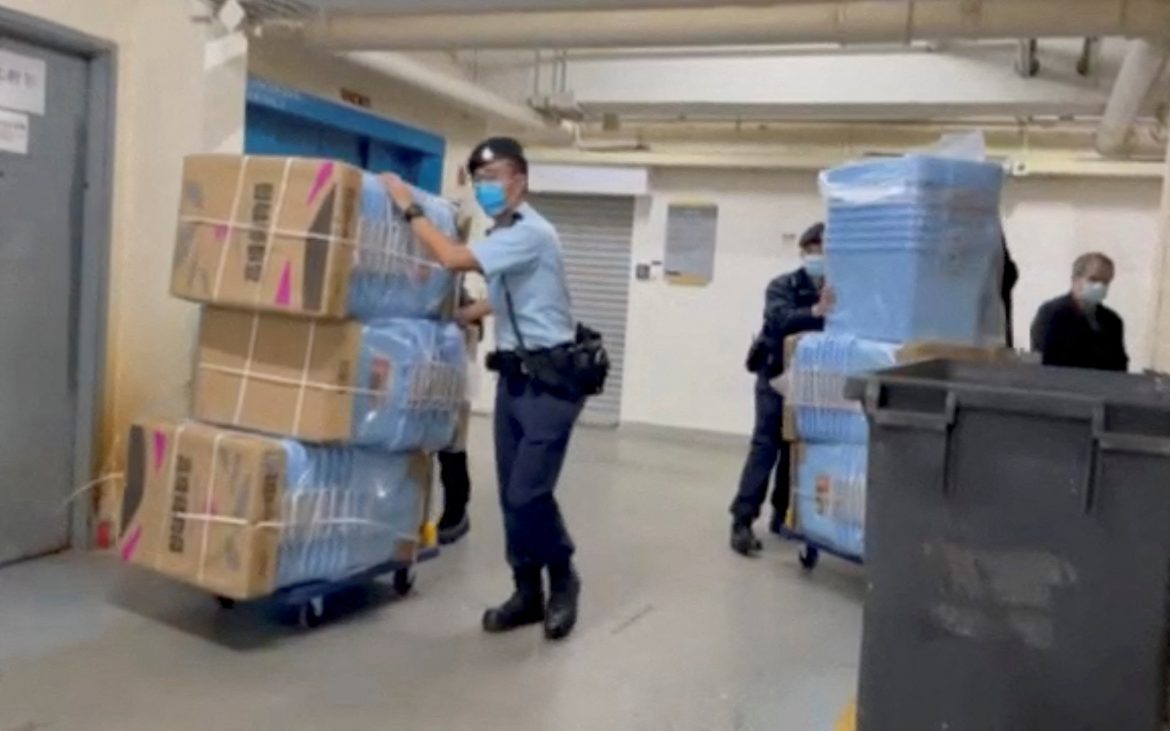 A Hong Kong-based pro-democracy news outlet has shut down after a police raid and several arrests were made on Wednesday morning. This is the most recent crack-down on democracy in Hong Kong by the communist Chinese government as it continues to encroach on the “one country, two systems” doctrine.

Stand News, established in 2014, was accused of publishing “seditious materials” from July 2020 to November 2021. Chief Secretary of Police John Lee reported in a press conference that, “Making use of media work as a tool to pursue their political purpose or other interests contravenes the law, particularly offences that endanger national security. They are the evil elements that damage press freedom.”

The senior superintendent of the police force, Steven Li explained the articles written by Stand News aim to “disdain the Hong Kong government, arouse hatred towards the judiciary, cause dissatisfaction among residents, incite violence and instigate others not to obey the law.”

In the raid implemented by reportedly over 200 officers, $7.8 million worth of assets including computers, phones and other materials were seized.

The news outlet promptly took to Facebook in a post that has since been removed stating, “This morning, the police arrested a number of senior and former senior staff of the company, [and] took many people away to assist in the investigation.” They explained they are “ceasing operations immediately” and have let all of their staff go due to the swoop on the company.

This comes after another pro-democratic newspaper, Apple Daily experienced similar police raids and had to shut down earlier this year. Jimmy Lai, the founder of the newspaper was charged under the colonial-era Crimes Ordinance and currently faces 20 months in prison.

According to the Hong Kong Free Press on Twitter, the Foreign Correspondents’ Club, Hong Kong is “deeply concerned” about the continued censorship by the government and the “blow to press freedom in Hong Kong.”

Hong Kong's Foreign Correspondents' Club said on Wednesday that it is "deeply concerned" over the arrests connected to Stand News, calling it a "further blow" to the city's press freedom. Full story: https://t.co/nJGUOJrYkB pic.twitter.com/wRgkn2PXss

The actions by the Chinese government sparked discussion about a 1984 treaty that specified the conditions by which the U.K. would return Hong Kong to China in 1997 called the Sino-British Joint Declaration. One of the guidelines determined in the declaration ensured freedoms of speech and press would be protected.

Germany criticized China’s actions calling them “deeply concerning” and a German Foreign Ministry spokesman stated, “The citizens of Hong Kong have the right to free and fair elections and to the freedoms and rights guaranteed in the Basic Law.”

Additionally, the U.N.’s Human Rights Office expressed strong apprehensions over the “extremely rapid closing of the civic space and outlets for Hong Kong’s civil society to speak and express themselves freely.”

This move by the Chinese parliament is just another step in controlling the narrative and censoring the media following the 2020 National Security Law enacted by the Chinese Communist Party to crack down on organizations considered a threat to the government.