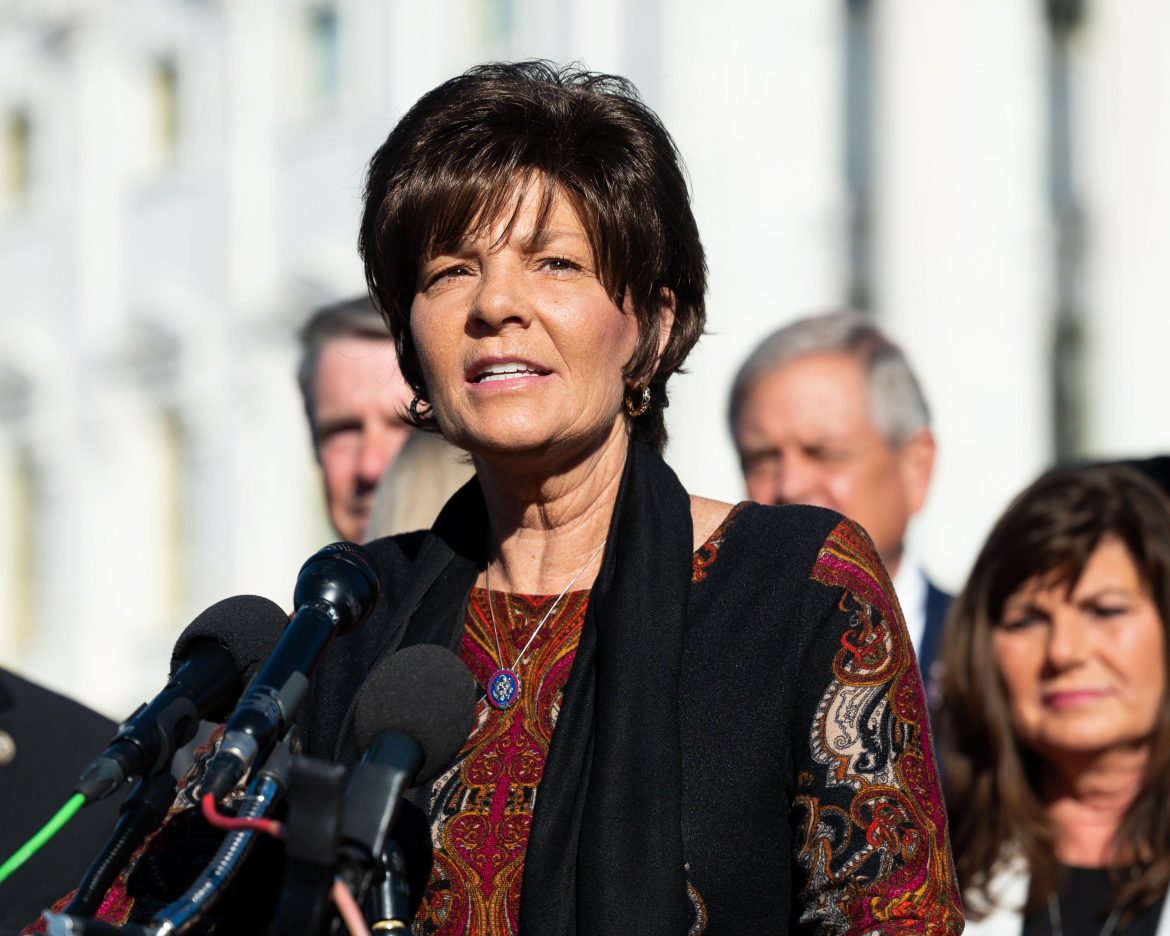 Rep. Yvette Herrell (R-N.M.) has introduced a bill to support Canadian truckers, allowing for asylum for those who have faced persecution by their government over the COVID-19 vaccine demonstrations.

According to Fox News, Herrell said that she introduced the bill as a way of supporting those who were protesting who have experienced a “heavy hand” from their government about the demonstrations.

“To see Trudeau introducing the Emergencies Act is way out of line. It’s heavy-handed. It’s a crackdown on issues like this do not deserve or warrant what he’s trying to do. They have not invoked something this serious since World War I or World War II. Truly, this is an attack on those who want to peacefully protest and protect, really the end of the day, our freedom,” Rep. Herrell told “Fox & Friends.”

Harell says that the bill forms the language to offer temporary asylum in the same way it was extended to those from Venezuela.

Let’s give them asylum. Let’s protect them from their heavy-handed government. This is ridiculous to see their bank accounts being frozen. It makes no sense. Let’s provide temporary asylum until their government will stop using this emergency act and threaten these protesters.

Harell asserted that the bill would protect those being persecuted by their government for legitimate protests on Twitter.

I am introducing legislation that would temporarily grant asylum to innocent Canadian protesters who are being persecuted by their own government. We cannot be silent as our neighbors to the north are treated so badly. 3/3

Truckers and their supporters had been in Ottawa, Canada since Jan, 22 when they arrived to protest the COVID-19 vaccine mandate, which prevented truckers from doing their jobs effectively. The protest was met with the Emergencies Act being invoked by Prime Minister Justin Trudeau last Monday, which allowed for mass arrests and other forms of protester removal.

Under the Emergencies Act, the government can prohibit public assembly, restrict travel, and require businesses such as tow companies to act on the government’s demands, whereas they had been previously unable to force tow trucks to comply with their requests to move the commercial trucks out from downtown.

“Illegal blockades and occupations are not peaceful protests – they’re a threat to jobs and communities, and they cannot continue,” Canadian Prime Minister Justin Trudeau tweeted on Thursday.

Police made use of their powers, announcing on Sunday that almost 100 cars and trucks were towed from the city, 170 people were arrested, and authorities have filed 389 charges against protesters.

The friendly voices on Capitol Hill jumped at the chance to support some truckers a lot closer to home, however.

According to The Hill, U.S. officials are now bracing for the possibility that a U.S. “Freedom Convoy” style protest could be taking place in Washington, D.C., and elsewhere, soon.

Capitol Police are particularly concerned about the plans to head to D.C. during President Joe Biden’s upcoming State of the Union address on March 1, according to a statement issued on Friday.

“Law enforcement agencies across the National Capital Region are aware of plans for a series of truck convoys arriving in Washington, DC around the time of the State of the Union. As with any demonstration, the USCP will facilitate lawful First Amendment activity,” Capitol Police said.