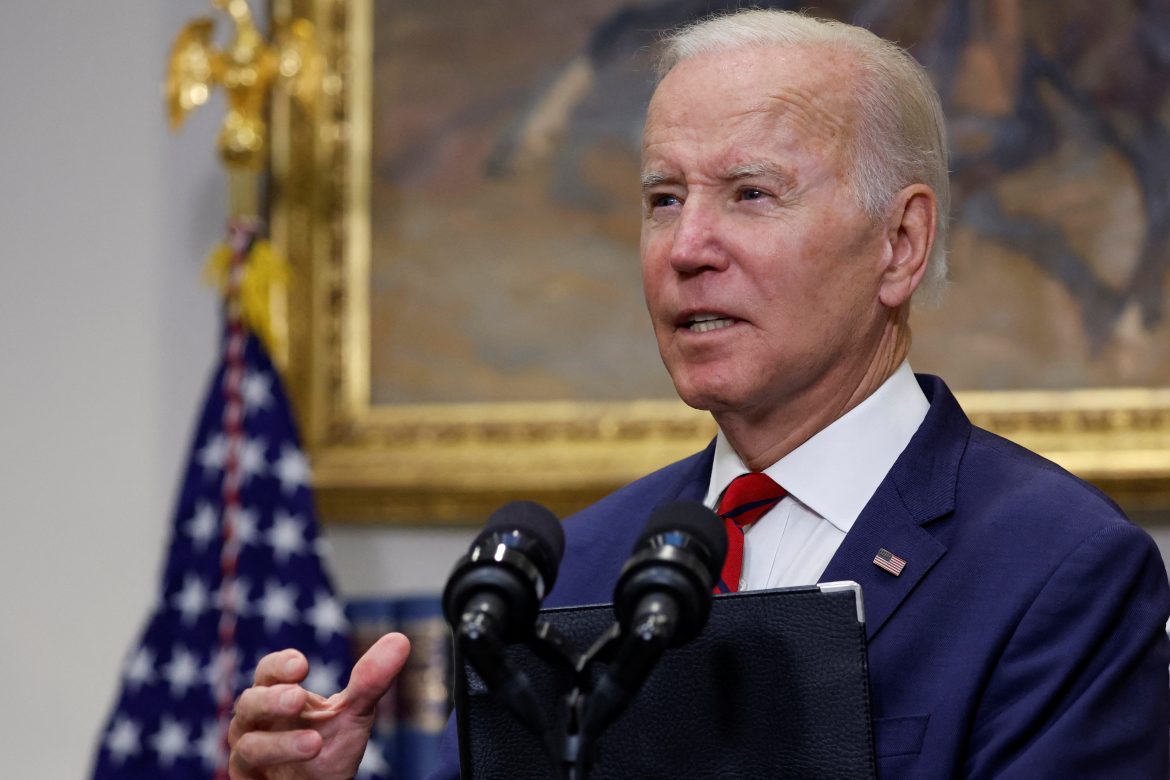 The investigation into President Biden’s alleged dealings with China took a new turn on Tuesday.

According to Republicans on the House Oversight and Reform Committee, President Joe Biden was heavily involved in his family’s business of selling American natural gas to China while he was running for president. In a letter to Treasury Secretary Janet Yellen, the Republicans led by Ranking Member James Comer (Ky.) say they have the documents to prove it.

“Documents obtained by Committee Republicans show that the Biden family received millions of dollars from a Chinese business closely affiliated with the Chinese Communist Party, and therefore the Chinese government, to sell American natural gas to China,” the letter reads.

“The president has not only misled the American public about his past foreign business transactions, but he also failed to disclose that he played a critical role in arranging a business deal to sell American natural resources to the Chinese while
planning to run for president,” it adds.

The Committee Republicans presented an email from an assistant to Hunter Biden written back on December 13, 2017. The email and related documents “reveal a plan to sell American natural gas reserves to China via … Hudson West III LLC (Hudson West) – set up by Hunter Biden with officials from the Chinese company, CEFC.”

CEFC is a Chinese-owned oil and natural gas company founded by Patrick Ho, a business associate of Hunter Biden’s whom the president’s son once referred to as “literally the f*****g spy chief of China.”

Additionally, the letter says that multiple whistleblowers indicated that the Bidens made promises to associates from 2017 to 2021. These promises included that Biden would run for president and that those who worked with them would “reap the rewards in a future Biden administration.”

A text message presented by the committee then seemingly confirms President Biden’s involvement with CEFC. Furthermore, another whistleblower said, “Joe Biden would be an ‘obfuscated partner’ in the business with the Chinese, and Hunter Biden would hold 10% of the joint venture on behalf of his father to hide Joe Biden’s participation in the plan.”

The letter ends with a request to review all Suspicious Activity Reports (SARs) involving China “to determine the extent of President Biden’s participation in these plans to sell America’s interests to China.”

Comer had written a previous letter to the Treasury Department in July of this year complaining that the administration was “restricting Congress’ access to SARs.”

The Treasury Department reportedly responded to this letter by saying SARs are granted “upon a written request stating the particular information desired, the criminal, tax or regulatory purpose for which the information is sought, and the official need for the information.”

Comer went on Fox News’ “Hannity” on Tuesday to further elaborate on what he and the Committee had discovered:

🚨@GOPoversight uncovered a plan by the Biden family to sell U.S. natural gas reserves to China.

This is the most recent development in the investigation into the Bidens and their alleged dealings with China. Previously, Republicans had asked for a special counsel regarding the investigation and reports came out suggesting FBI agent Timothy Thibault hid certain whistleblower intelligence in the Hunter Biden laptop scandal.

Aside from this most recent letter from Comer and House Oversight and Reform Republicans, President Biden was also suspected to have been more involved than he claimed after a voicemail of him calling his son surfaced back in June of this year.