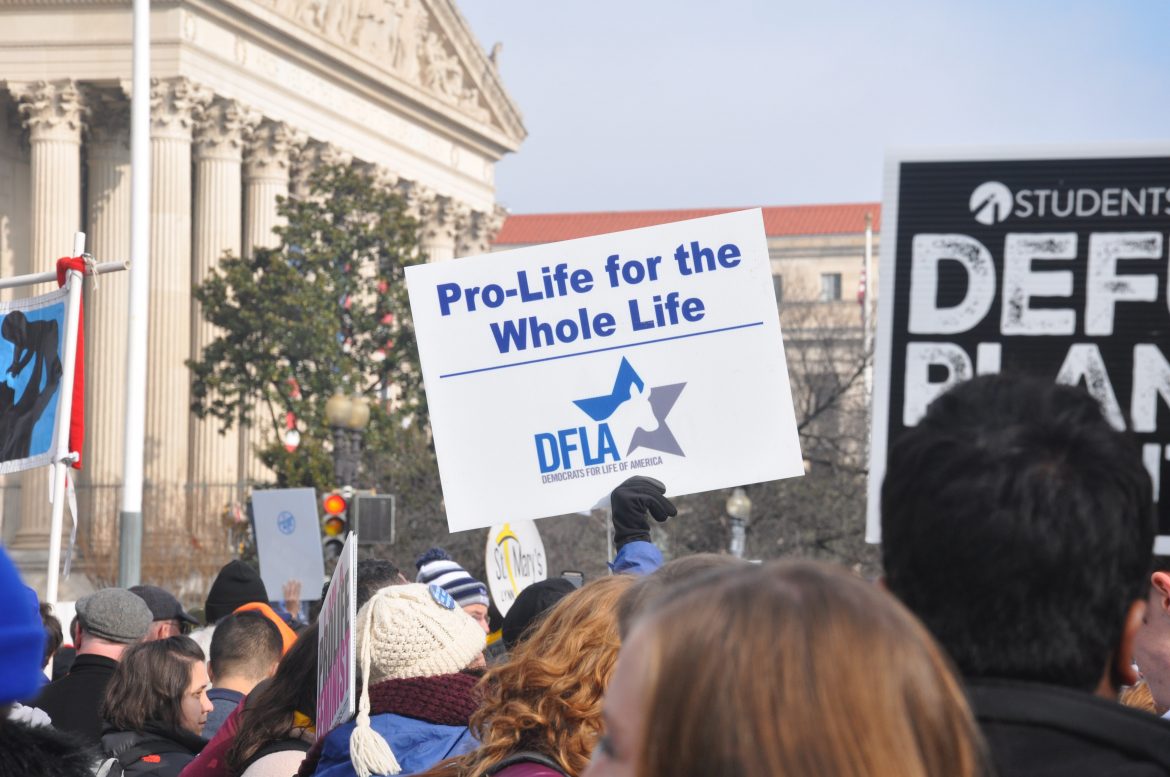 Pennsylvania Democrats have introduced a new shocking piece of legislation that would force men to undergo vasectomies and place a cap on the number of children allowed per family.

The bill would also provide a $10,000 reward to anyone who turns in those who violate the law to authorities.

A memorandum outlining the proposed bill was sent to members of the Pennsylvania House on Monday by Rep. Christopher Rabb (Dem.). The bill would require all fathers, whom Rabb refers to as “inseminators,” to undergo vasectomies “within 6 weeks from having their third child or their 40th birthday, whichever comes first.”

The memo goes on to suggest that the legislation was introduced as a jab at laws currently protecting unborn children:

As long as state legislatures continue to restrict the reproductive rights of cis women, trans men and non-binary people, there should be laws that address the responsibility of men who impregnate them. Thus, my bill will also codify ‘wrongful conception’ to include when a person has demonstrated negligence toward preventing conception during intercourse.

The release of the memo sparked immediate outrage on social media, including a fiery response from Republican lawmaker Rep. David Rowe:

If there was any doubt that today’s progressive left have utterly and completely disregarded your personal medical freedom, then let this be the nail in the coffin,” he said in a Facebook post blasting Democratic leadership for  embracing “policies that belong in communist China.”

Former Speaker of the House Newt Gingrich, also responded to the law in a tweet referring to  the proposal as “more far left insanity.” Rabb responded with a sophomoric reply, tweeting, “Your sister-in-law @RepKellyCassidy partly inspired me, Newty!” followed by an emoji depicting a pair of scissors next to the hashtag “SnipSnip”

Within 48 hours of the release of the Rabb memo, State House Democrats issued a statement in Rabb’s defense, referring to the proposal as “satire” designed to “highlight gendered double standards regarding reproductive rights.”

In the release, Rabb complains that he has received “hateful and threatening emails and voicemails,” then went on to thank his supporters whom he says “hold reproductive rights sacrosanct.” Taking a swipe at Texas lawmakers for the passage of H.R. 490, known as “the heartbeat bill,” he stated, “To each person who views this bill I’ve introduced as absurd, I’d urge you to apply equal scrutiny to laws in places like Texas and right here in Pennsylvania, which enact paternalistic restrictions on the personal liberty of cis women, trans men and nonbinary individuals who have an unwanted pregnancy. What’s good for the goose is good for the gander!”

Rowe took to Facebook again, posting the release with the comment “In full damage control mode, the PA House Democrats have released a press statement claiming the bill is a “parody”…funny this press release came over 48 hours after the memo was first introduced and after universal, bipartisan backlash sent them scrambling to cover themselves.”

Democratic lawmakers have vigorously opposed pro-life legislation, evidenced, most recently, in their attempts to block passage of the “heartbeat bill.” On Monday, the Biden administration reversed a Trump-era ban on U.S. tax dollars going to abortion-referring clinics.

From soundstage to space: “Star Trek” actor Shatner on board for Blue Origin rocket launch

Dear Chris,
Anyone introducing such a bill must not be American. So I had to look up Rep. Christopher Rabb. I was not able to find Mr. Rabb in the U.S. House of Representatives so I googled his name and found he is a state of Pennsylvania House of Representatives member. That still is a shocking suggestion for legislation eventhough it is from a state house member. Although I would say it is possible with election fraud in Pennsylvania he may have received one real vote, that one being from himselfl, but I wonder if the people he is supposed to represent know of his legislative suggestion. They all need to be alerted of his actions on their behalf or should I say his actions to control them from their American freedoms.