House Republicans threaten govt. shutdown unless disinfo board is defunded 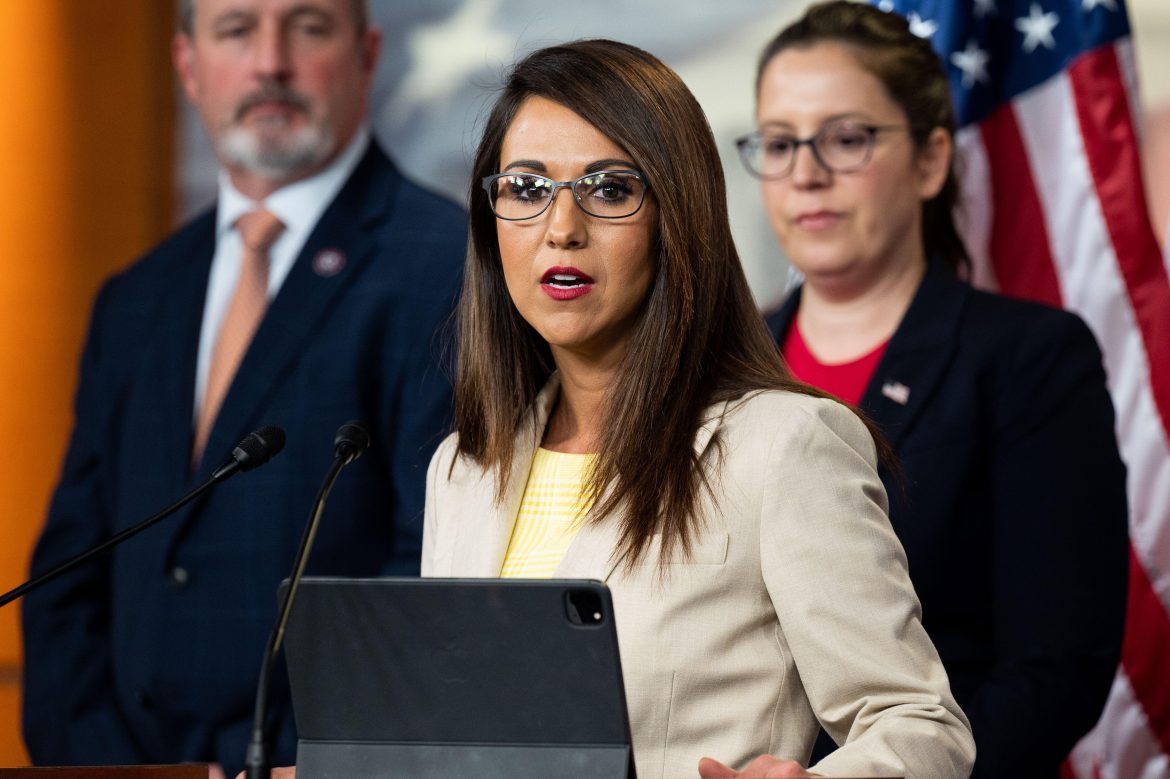 A group of House Republicans wants to defund the Biden administration’s controversial new Disinformation Governance Board and say they are willing to force a government shutdown in order to do so.

Reps. Lauren Boebert (R-Colo.), Dan Bishop (R-N.C), and other congressional Republicans said they would support leveraging the government’s annual spending bill as a means of defunding the board, noting that the DHS’s time and resources would be better spent on addressing the nation’s border crisis.

Since Democrats control both the House and Senate, Bishop said the GOP should be “far more aggressive” in leveraging government spending negotiations to advance their goals, including terminating the Biden administration’s speech-governing board.

“We should use the power of the purse to stop this disinformation craziness that the Biden administration is doing,” Bishop told the Washington Examiner. “But we should use that power for other things too, like securing the border, because the Democrats need us for certain things like keeping the government open, and we should use that leverage to get what we want,” he continued.

“We’re open to removing the funding for this board in any way necessary, including the appropriations and government funding process, because this board is tyrannical,” said Ben Stout, Rep. Boebert’s communications director, adding, “We’re willing to go to the mattresses over this.”

Boebert and other GOP lawmakers have introduced measures to prohibit the use of Federal funds toward a Disinformation Governance Board.

“The Department of Homeland Security should not be in the business of censoring free speech on Twitter and Facebook,” Rep. Boebert wrote in a bill she authored which would eliminate the board and prevent any similar attempts by the Federal government to regulate speech.

“Following in the steps of Mao and Stalin, Biden’s unconstitutional, dystopian ‘Department of Propaganda’ is trampling on the First Amendment and trying to control what people can and can’t say. Instead of treating Orwell’s book 1984 as a warning, the Left appears to be using it as an outline for their agenda,” she continued, adding “These efforts are un-American and a direct attack on our freedoms.”

“The government is not the arbiter of right and wrong and cannot silence Americans’ First Amendment right to free speech,” tweeted Rep. Kat Cammack (R-Fla.) in support of the measure.

DHS Secretary Alejandro Mayorkas announced the creation of the board just days after Tesla CEO and SpaceX founder Elon Musk purchased Twitter and promised to restore free speech on the social media platform. Twitter execs have been accused of actively blocking conservative content from the public site for years, including the New York Post’s authenticated Hunter Biden laptop story. The company also canceled the account of former President Donald Trump.

The Biden administration claims the board is necessary to combat disinformation regarding foreign threats like illegal immigration and the Russia-Ukraine Crisis, but conservative lawmakers argue that the term “disinformation” is broadly used as a cover to silence conservative dissent.

Republican lawmakers have also expressed alarm about the contents of a DHS February bulletin stating that the federal government plans to work with public and private sector partners, including Big Tech companies, to reduce the “proliferation of false or misleading narratives, which sow discord or undermine public trust in U.S. government institutions.”

Homeland Security  defines disinformation as information “deliberately created to mislead, harm, or manipulate a person, social group, organization, or country,” while misinformation is “false, but not created or shared with the intention of causing harm.”