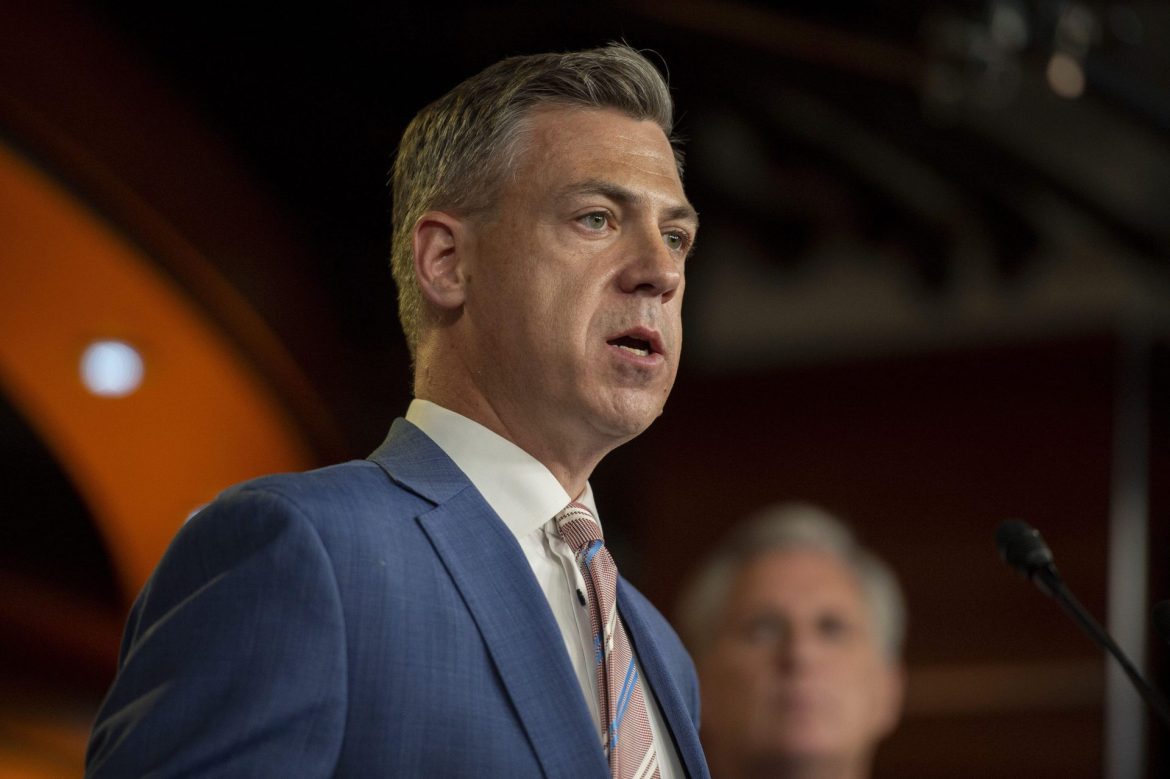 The House Republican Study Committee has crafted a proposal they claim will eliminate colossal deficits and balance the federal budget in seven years, according to a Just the News report.

The committee’s Blueprint to Save America will yield $16.6 trillion in savings over a 10-year period, according to the proposal’s text, in part by slashing funding for many liberal pet projects and programs.

Federal funding would also be yanked from the D.C. metro system and Amtrak while taxpayer-funded EPA grants would be prohibited.

“The EPA allocates billions of dollars annually to grant programs for community-level educational programs and events to promote ‘Environmental Justice,'” the budget proposal states. “These programs and events amount to little more than a propaganda session.”

The budget also addresses the border crisis, calling for a “fully funded border wall” and the reinstatement of Trump-era Migrant Protection Protocols, known informally as the “Remain in Mexico” policy.  Asylum loopholes would be closed up under the plan.

The proposal touts domestic oil production as a way to “unleash” American energy and calls for the reinstatement of the Keystone XL pipeline, which Biden terminated through an executive order. It would further streamline the oil drilling permit process and allow drilling permits in Alaska’s Arctic National Wildlife Refuge, also blocked by Biden.

“This is the old playbook: change the subject, change the subject away from gas prices and inflation and fentanyl as the leading cause of death of Americans aged 18 to 45 because of Biden’s border policies,” Banks told Just the News’ Not Noise TV program. “Whatever they can do to change the subject they’re going to do it, and January 6 is the place that they usually turn back to,” he continued, adding that Americans simply aren’t “buying it.”

“They’re going to tune it out. They’re sick of it,” he said. “They’re demanding that leaders step up and solve the problems that are affecting American families. They know Democrats aren’t the ones doing it.”

According to the report, the national debt has surpassed $30 trillion, and the deficit reached $2.8 trillion in fiscal year 2021. Meanwhile, inflation is at a 40-year high of 8.6% and national gas prices have surpassed the $5 mark for the first time in U.S. history.

“The RSC budget prioritizes smart, common-sense policy to empower workers and save our country from a debt disaster. When Washington spends less, American families have more,” he continued, adding that the federal government has plowed through taxpayer funds “at a faster rate over the past two years than at any point in history.”

“It’s not a coincidence that Americans are worse off than they’ve been in years. Reckless spending has failed, and conservatives in Congress should take the opportunity to course-correct, rein in spending and save America from a dire fiscal future.”