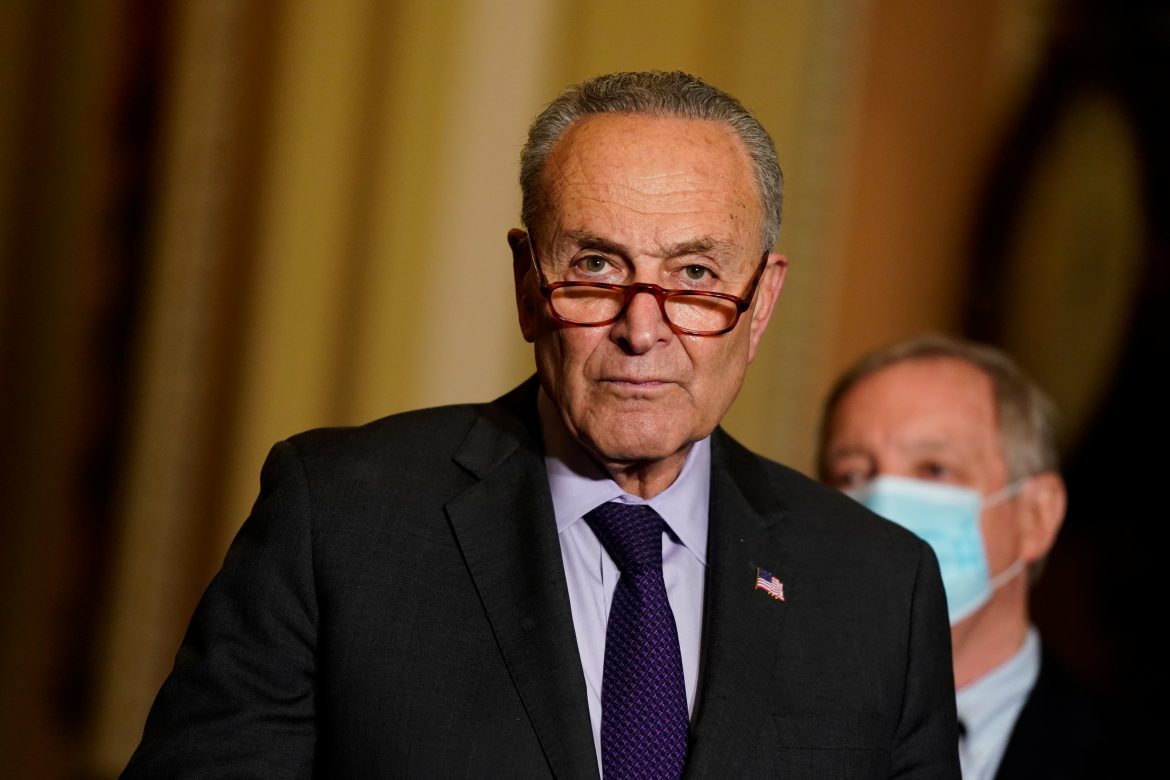 The House voted 222-212 Tuesday allowing Congress to fast-track legislation that would ultimately raise the federal government’s debt limit. The vote was largely along party lines except for one lone Republican, Rep. Adam Kinzinger of Illinois, who voted for the deal.

In October, the Senate passed an emergency debt limit increase that will expire on Dec. 15. Leading up to that vote, Senate Republicans had stood firm against any debt limit increase only to allow Democrats to pass a temporary increase by a vote of 50-48 along party lines. At the time Republican leadership had said that this would be a one-time bailout and Democrat’s would have to “go it alone” in the future. Yesterday’s House vote, however, was the first step in a process that was eerily similar to the compromise that occurred in October.

The legislation that passed the House did not to raise or suspend the debt limit but gave increased maneuverability for the Democratic party. Normally, to raise the debt ceiling, the Senate would need 60 votes, and Republicans have repeatedly refused to do that. However, yesterday, Senate Minority Leader pivoted from his previously strong-armed approach and reached a deal with Senate Majority Leader Chuck Schumer that would allow Democrats to raise the limit without going through the reconciliation process.

According to USA Today, McConnell and Schumer “announced an agreement Tuesday that would create a one-time process to allow Senate Democrats to raise the debt ceiling on their own without fear of a Republican filibuster or other procedural hurdles.”  This would allow the debt ceiling to be raised without a single Senate Republican voting for it directly.

The expedited procedure, according to Reuters, was included in a bill that would postpone cuts to the Medicare program for seniors that would have started on Jan. 1. This bill will need 60 Republican votes to pass, which would then put into place the simple majority needed to pass the debt increase.

Prior to the House vote on Tuesday, McConnell said he was “confident this particular procedure coupled with the avoidance of Medicare cuts will achieve enough Republican support to clear the 60-vote threshold.” Essentially, Senate Republicans are going to vote not to cut Medicare benefits to seniors, and when they vote that way, they are also voting for a fast-track procedure to get the debt ceiling raised.

While there is no certainty that 10 Republicans will vote that way, it seems highly likely based on responses from several Republican legislators once the deal became public.

Janet Yellen previously wrote in the Wall Street Journal that if the US were to default on payments, “The consequences would produce widespread economic catastrophe” both in America and around the world.

McConnell told reporters that, “This is in the best interest of the country by avoiding default.” The deal is expected to fund the government at least through the Nov. 2022 midterm elections. By forcing a party line vote, Republicans in favor of the move seem to believe that they are giving themselves ammunition to attack Democrats in the midterms for raising the $28.9 trillion debt limit, while simultaneously avoiding a financial crisis.

However, many Republicans stood in strong opposition to the deal authored by McConnell. Republican Representative Kevin Brady said, “Make no mistake. This debt ceiling is being lifted to pay for trillions of wasteful socialist spending” echoing strong Republican sentiment that their debt limit stance should not have been compromised as it comes at too great a cost.