Houthi fighters declare ceasefire in Yemen as US amplifies condemnation 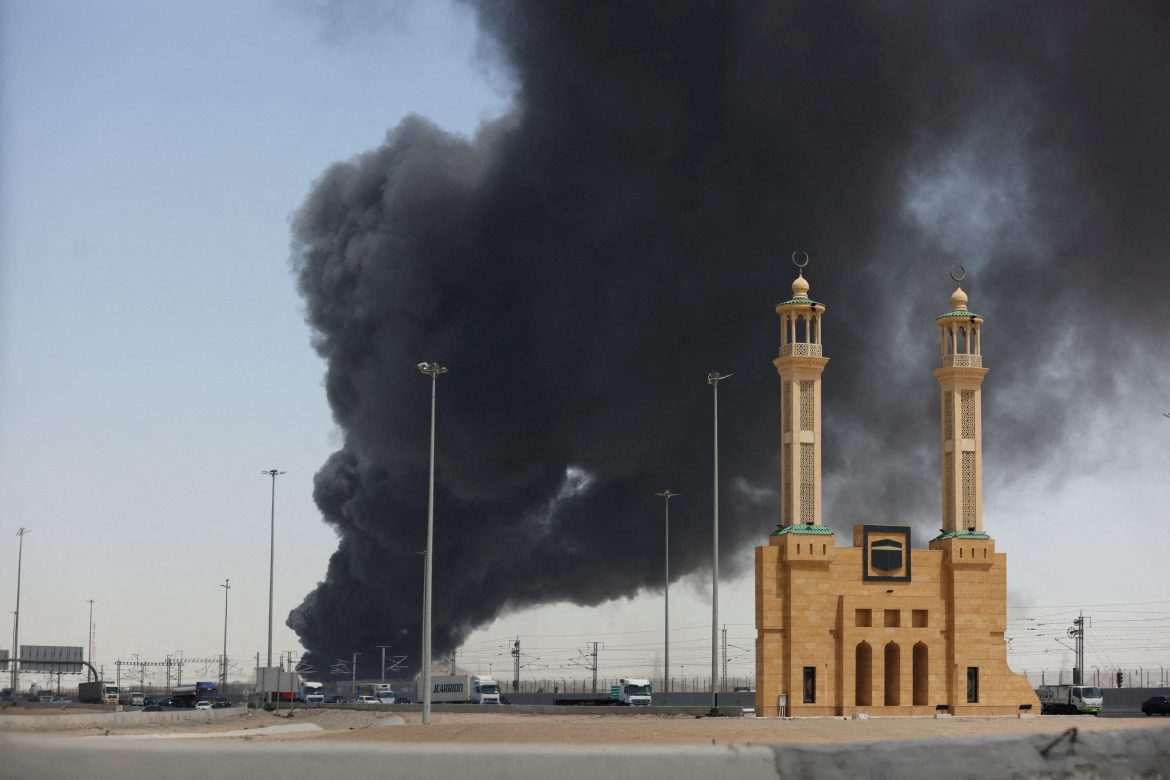 The eight-year conflict between a Saudi Arabian-led coalition and Iranian-backed Houthi fighters over territory in Yemen has reached a crossroads.

On Saturday, two days after launching another attack on a civilian target and one day after being bombed mercilessly in retaliation by Saudi forces, the Houthi fighters announced they would engage in a three-day ceasefire that they said could become permanent with concessions from Saudi Arabia.

As first reported by Reuters, Mahdi al-Mashat, the head of the Houthis’ political office, took to television airwaves to say his group would not launch any missile or drone attacks, nor would it conduct any ground offensives in the coming 72 hours.

“This is a sincere invitation and practical steps to rebuild trust and take all the sides from the arena of talks to the arena of acts,” Reuters quoted Mashat as saying.

The Houthi fighters said their commitment to a permanent halting of missile and drone attacks hinged on receiving assurances that Saudi Arabia would halt its air strikes and remove the restrictions it’s placed on Yemeni ports. The group also pledged to permanently stop ground attacks if Saudi Arabia agreed to withdraw from Yemen.

Peace talks, if they happen, would be an extreme shift for the belligerents. Friday, as first reported by Reuters, Houthi fighters attacked an oil facility in Jeddah, Saudi Arabia’s major port city on the Red Sea.

This attack received unified backlash from the United States. Secretary of State Antony Blinken labeled the event as a terrorist attack.

“At a time when the parties should be focused on de-escalation and bringing needed life-saving relief to the Yemeni people ahead of the holy month of Ramadan, the Houthis continue their destructive behavior and reckless terrorist attacks striking civilian infrastructure,” Blinken said in a statement. “We will continue to work with our Saudi partners to strengthen their defenses while also seeking to advance a durable end to the conflict, improve lives, and create the space for Yemenis to determine their own future collectively.”

Speaking prior to the Houthi group’s announced temporary ceasefire, National Security Advisor Jake Sullivan said, “Saudi Arabia and the Yemeni Government have endorsed multiple UN calls for ceasefires and de-escalation over the last year. The Houthis continue to reject these calls and respond with terrorist acts and military offensives, all of which extend the Yemen conflict and the consequent humanitarian crisis.  It is time to bring this war to a close and relief to the Yemeni people but that can only happen if the Houthis agree to cooperate with the United Nations and its envoy working on a step-by-step process to de-escalate the conflict.”

The U.S. is in a precarious situation as relates to Saudi Arabia and Iran, the nation that most observers view as using the Houthis to fight a proxy war with Saudi Arabia.

America has a dual interest in fostering good will with both Saudi Arabia, a nation to which the U.S. is looking to make up for the petroleum shortages that have arisen following sanctions on Russia, and Iran, with whom the U.S. is engaged in nuclear negotiations.

As part of those negotiations, the U.S. has been mulling the idea of removing Iran’s Islamic Revolutionary Guard Corps from its list of foreign terrorist organizations. However, both a ranking Republican and Israeli Prime Minister Naftali Bennett have urged the Biden Administration to take a hard line.

According to the Times of Israel Bennett said, “The State of Israel expresses its sorrow to the Kingdom of Saudi Arabia after the horrific attack by the Iranian-backed Houthis … This attack is further proof that Iran’s regional aggression knows no bounds and reinforces the concern of Iran’s IRGC being removed from the FTO list.”

Sen. Jim Inhofe (R-Okla.), ranking member of the Senate Armed Services Committee, encouraged President Biden to not only maintain sanctions on the Revolutionary Guard, but add the Houthi fighters to the list of foreign terrorist organizations.

– Stand with our Saudi partners and help them counter this threat.
– Redesignate the Houthis as terrorists.
– Not lift sanctions on the IRGC, which aids the Houthis. https://t.co/K3QdpcPjn8

As of this writing, Saudi Arabia had not yet responded.

The fighting between the Houthi group and Saudi Arabia has been on the rise since the turn of the new year, with ship seizures, missile strikes, and retaliatory actions becoming frequent.

A Saudi-led coalition has fought in Yemen since 2014 to reestablish the internationally recognized government of Yemen, which has been kept from power by the Houthi movement.

The result of the fighting has been the outbreak of famine, and the United States has given hundreds of millions of dollars in humanitarian aid, as has much of the developed world, to Yemen.

Another former Hillsong leader has been accused of sexual abuse