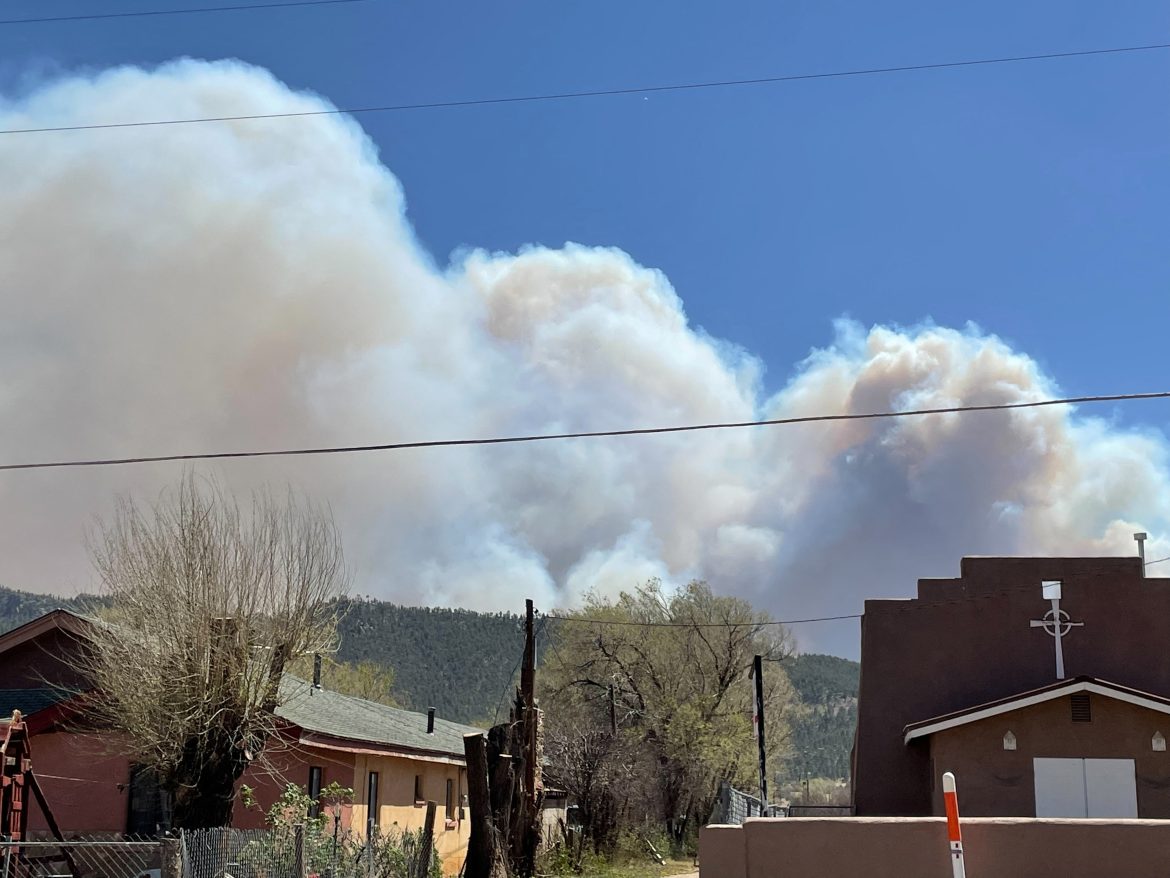 Winds gusting over 40 mph (64 kph) blew embers a mile ahead of the blaze to start new fires as bulldozers carved fire breaks to protect the villages of Ledoux, Mora, and Cleveland around 40 miles northeast of Santa Fe.

They are among farming communities and an Old West city in the path of the Calf Canyon fire, the most destructive of a dozen southwest blazes.

“Where are we supposed to run to, where do we go, this is where our livelihoods are,” said Darlene Gallegos, a farmer and co-owner of Mora’s country market, after police told her to close the store and flee the village of 1,000 settled in Spanish colonial times.

Twenty miles to the south at the other end of the 104,000 acre megafire, some residents of Las Vegas, New Mexico, were told to prepare for evacuation as winds drove the fire within 5 miles of homes near interstate highway 25.

Those communities in the west of the city could be evacuated “in the near future,” New Mexico Game and Fish official Shawn Carrell told a briefing.

Crews bulldozed firebreaks to the north and west of the historic university town of 14,000 to protect ranches, rural houses, and the United World College.

“This kind of keeps spinning around on us,” said Incident Commander Dave Bales. “There is still a huge firefight going on up there,” he said of crews working through the night near Mora.

Burning since April 6, the fire has destroyed hundreds of properties and forced the evacuation of dozens of settlements in the Sangre de Cristo Mountains but has yet to claim a life.

Manchin throws support behind a Republican for US House seat