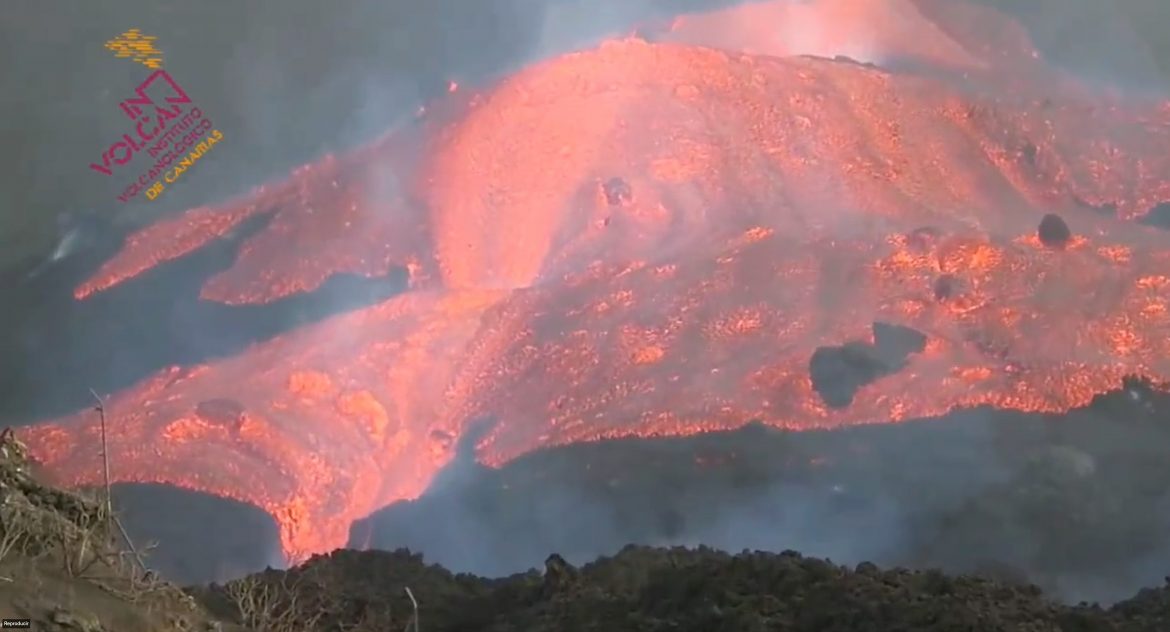 Around 300 more people fled their homes early on Thursday as flows of molten rock pouring from the Cumbre Vieja volcano threatened to engulf another area on the Spanish island of La Palma.

Emergency crews gave people living between the towns of Tazacorte and La Laguna a few hours to collect their belongings and pets and go to a meeting point.

During the morning, a 4.5 magnitude earthquake rocked the island, the Spanish National Geographic Institute said – the strongest of 100 quakes that have hit the eruption zone over the past 24 hours.

Tremors have been recorded almost constantly since before the eruption.

With no end in sight to the eruption, which is in its fourth week, authorities said they were expecting the lava flow to keep spreading northwest from the volcano.

Red hot lava has already laid waste to nearly 600 hectares of land and destroyed about 1,500 houses and other buildings, including a cement plant that gave off toxic fumes earlier in the week.

The flow has also devoured banana and avocado plantations vital to the island’s economy.

According to the official register, 300 people live in the area located between Tazacorte and La Laguna.

A small group of between 10 and 15 people who lived nearby already left on Wednesday evening. More than 6,000 people have been evacuated on the island of 83,000 people.