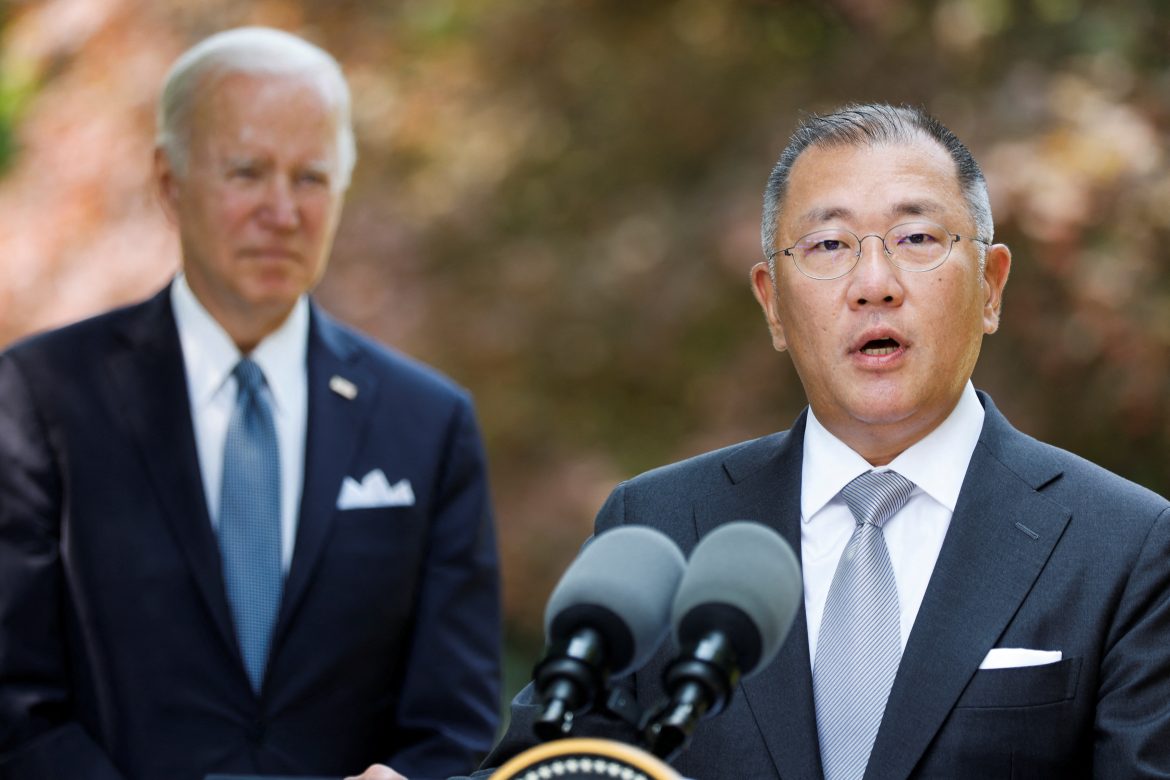 Hyundai Motor Group said on Sunday it would invest an additional $5 billion in the United States by 2025 to strengthen collaboration with U.S. firms in advanced technology.

The investments, announced during a visit to Seoul by President Joe Biden, are for robotics, urban air mobility, autonomous driving and artificial intelligence, the group said.

Hyundai’s new EV and battery manufacturing facilities will be based in the southern “right to work” state, where labor unions are less prevalent and cannot require workers to join.

Biden, a Democrat, has described himself as the most pro-union president in history. But the deal, announced by Georgia’s Republican governor, showed the compromises the president may have to make as he woos investment overseas.

“Hyundai and any company investing in the United States would benefit greatly from entering into partnerships with some of the most highly skilled, dedicated, and engaged workers in the world, anywhere you can find; and that is American union members,” Biden said.

The new investment brings its planned U.S. total through 2025 to about $10 billion, above the $7.4 billion it announced last year.

The world’s third-biggest automaker by vehicles sales did not say where in the United States the additional $5 billion would be invested.

The auto group said on Wednesday it would invest 21 trillion won ($16 billion) through 2030 to expand its EV business in South Korea.