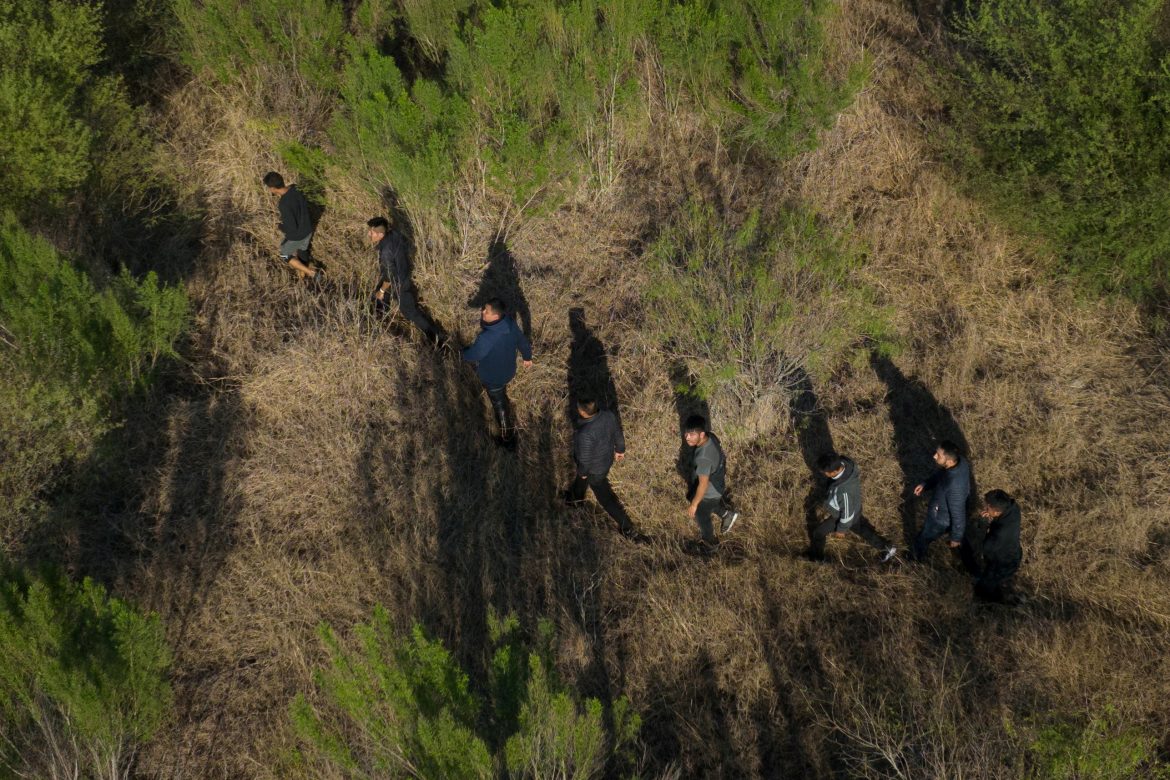 The negativity at the White House regarding immigration matters has entered rarified air as news emerged Monday that President Joe Biden has been unhappy with the way his lieutenants have handled the crisis as the Southern border almost as long as he’s been in office.

According to the New York Times, as disorder has continued to permeate the Southern border, the President has grown frustrated with his staff, who are frustrated each other, and there is no easy path to the sort of large-scale immigration effort the Left has long championed.

Per the Times report, the issue of immigration has caused immense infighting among senior advisors and White House staff, and few aides remain from Biden’s first day following clashes and resignations over when or if to remove immigration measures put in place by former President Donald Trump.

Various elements of the president’s cabinet have also clashed over what to do with unaccompanied minors at the border. The Time reports that the departments of Homeland Security and Health and Human Services have squabbled over whether or not to turn away older unaccompanied teenagers and how fast to process and move youth.

All the while, the president has feared images of chaos from the border would drive moderates into the arms of a Republican Party that is vocal about its closed-border plans.

Now, with Biden having announced the end of Title 42, the COVID-19 policy that denied migrants entry into the country on public health grounds, those fears are quickly being realized.

This announcement has been met with stiff criticism from Republicans, and now a growing number of Democrats are looking for ways keep the crisis from becoming the political issue that drives Democrats out of Congress.

The most obvious source of Democratic pressure for Biden has come from border states, particularly Arizona where the Senators, both Democrats, have criticized the policy’s demise.

“Ending Title 42 without a firm, workable plan to protect AZ communities and migrants is a mistake,” Sen. Kyrsten Sinema tweeted last week. “We introduced a bipartisan bill to force the Administration to work with border communities to put a comprehensive plan in place before they lift Title 42.”

Ending Title 42 without a firm, workable plan to protect AZ communities and migrants is a mistake. We introduced a bipartisan bill to force the Administration to work with border communities to put a comprehensive plan in place before they lift Title 42. https://t.co/mbjCqA3nMK

Sen. Mark Kelly was even more blunt when he told an Arizona news station, “It’ll be a crisis on top of a crisis. This is a really bad idea; it’s the wrong decision.”

The attacks from Democrats have not been limited to those in the Southwest. Just four days ago, Sen. Joe Manchin of West Virginia joined his Republican counterpart, Sen. Shelley Moore Capito, also of West Virginia, in introducing a bill that would require Title 42 to stay in place until all COVID-19 emergency measures were lifted. A bill sponsored by Kelly and Sinema would require only a plan.

At last count, as reported by the United Kingdom’s Daily Mail, 11 Democrats in the House and Senate have come out against Biden’s plan to end Title 42.

Sinema, Kelly, and Manchin as well as Maggie Hassan of New Hampshire and Jon Tester of Montana comprise the Democratic senators with Title 42 misgivings while similar sentiments have been expressed in the House by Democrats Tom O’Halleran of Arizona, Jared Golden of Maine, Stephanie Murphy of Florida, Chris Pappas of New Hampshire, Greg Stanton of Arizona, and Henry Cuellar of Texas.

Pappas, Golden, Murphy, and O’Halleran joined several Republicans to introduce a bill to complement Sinema’s Senate attempt to force the administration to create a plan for dealing with the effects of Title 42’s end prior to its abolishment.

All of the Democrats represent regions where there is a threat to lose a seat to Republicans, which is telling in terms of how Democrats likely feel moderate and Conservative votes will fall on this issue.