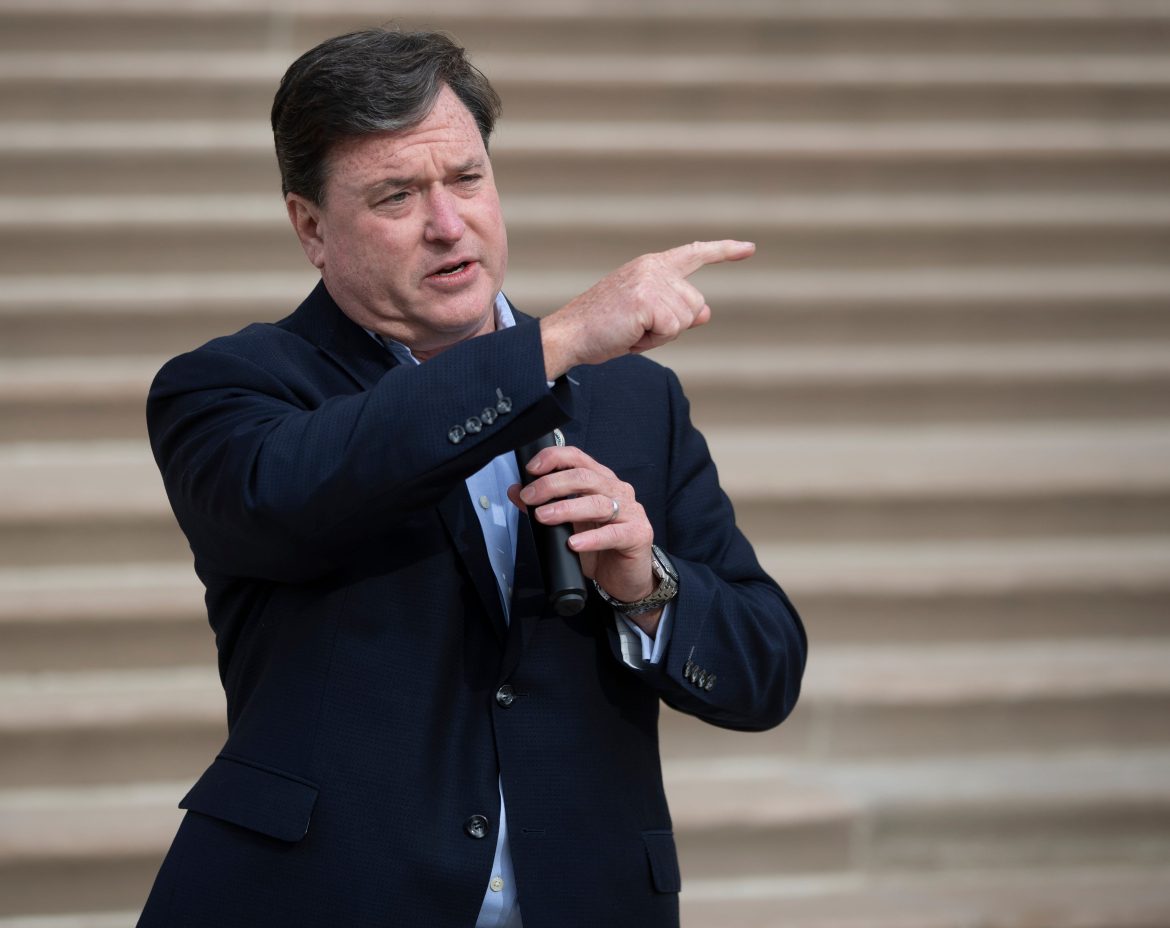 Indiana Attorney General Todd Rokita is suing the Biden administration over its failure to secure the U.S. southern border, saying “every state is now a border state.”

“The lawlessness at the southern border has escalated into a crisis in the Midwest—including Indiana,” Rokita said in a statement on Monday.

Hoosier communities are overwhelmed by cartel-driven human trafficking and drug trafficking while fentanyl overdoses skyrocket. Because of ‘do nothing’ politicians here and in Washington, every state is now a border state—especially Indiana, the Crossroads of America. I refuse to allow Hoosiers’ liberties and security to be eroded by illegal aliens and those who want to stick their heads in the sand pretending we aren’t affected.

The press release announcing the suit emphasizes that unlike previous multi-state lawsuits over illegal immigration which Indiana has participated in, this suit is “based upon the damages unique to the Hoosier state.”

According to data cited in the release by the Migrant Policy Institute, the state of Indiana is home to more than 100,000 illegal immigrants, which is estimated to cost state taxpayers over $549 million a year.

Fort Wayne CBS affiliate WANE reported that Rokita is asking the U.S. District Court of Northern Indiana, where the suit was filed, to order the Biden administration to enforce federal immigration law and to pay for Indiana’s “costs and reasonable attorney’s fees.”

The suit names President Joe Biden, along with the U.S. Department of Homeland Security, U.S. Citizenship and Immigration Services, U.S. Immigration and Customs Enforcement and U.S. Customs and Border Protection, and the United States as defendants in the case.

“The Defendants have disregarded and ignored the plain language of (federal immigration law) by multiple means, including promulgating regulations contrary to congressionally enacted statutes and contriving the release of hundreds of thousands of illegal aliens from the border into the interior of the United States,” the lawsuit says.

Rokita’s suit comes as a potentially record-breaking migrant caravan is currently making its way to the southern border. FISM News reported that “Ten thousand asylum seekers departed from Tapachula, Mexico on Monday, a number that is expected to swell to fifteen thousand by the time they reach the U.S.-Mexico border.”